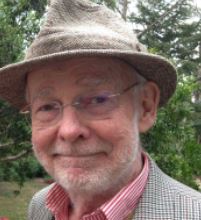 He received an Australian National University scholarship and was invited to do his PhD at the University of Cambridge by the eminent English statistician and geneticist, Professor R.A. Fisher FRS. He completed his PhD in two years, received a Carnegie award to travel in the US and Canada, before returning to Cambridge to take up a Research Fellowship at Gonville and Caius College, Cambridge.

Following the death of R.A. Fisher in Adelaide on 29 July 1962, Professor Bennett undertook the editing of Fisher’s Collected Papers which were published in five volumes by the University between 1971 and 1974 in an edition of 1000 copies. Two further collections were subsequently edited by Professor Bennett with selections from Fisher’s correspondence, Natural Selection, Heredity, and Eugenics: Including selected correspondence of R.A. Fisher with Leonard Darwin and others (Clarendon Press, 1983) and Statistical Inference and Analysis: Selected correspondence of R.A. Fisher (Clarendon Press, 1990). Royalties from the publications were used to fund substantial digitisation of the Fisher’s papers which were deposited with the Barr Smith Library in 1981.

Bennett also provided funds for The Sir Ronald Fisher Prize in Genetics and was instrumental in establishing the Sir Ronald Fisher Memorial Scholarships and the 1963 naming of the biological sciences R.A. Fisher Laboratories (built 1960 demolished 1997.)

In 2015 Bennett was made a member of the Order of Australia for significant service to tertiary education and research in the field of genetics, and to the analysis and preservation of science history.

Part adapted from University Engagement webpage: ‘From Cambridge to Adelaide with genetics’ / text by Andy Bennet and Nicki Somerville.

Professor Bennett began to deposit his papers to the Barr Smith Library in 2000 and continued lodging material up to 2009. In 2006 he requested that selected files be transferred from the R.A. Fisher papers to his own collection, but did not wish to have an online listing available until after his death.

Obituaries and other articles

Series 2. Genetics Dept and the University of Adelaide  7 cm

Papers by D.G. Catcheside on teaching genetics for the BSc course and in Botany 1950-52; course outline for Genetics and Plant Breeding (Agriculture II) at University of Adelaide 1951; undated typescripts ‘Genetics and twentieth century thought’ and ‘Teaching and research in genetics’ / D.G.C.; Typescript (Roneo copy) of free public lecture ‘Heredity and modern civilization’ / Professor D.G. Catchside, 24/6/1953; Typescript ‘Report by Dr Karl Hamner, Chairman, Division of Botany, College of Agriculture, University of California at Los Angeles’ January 1950 (reporting on the lack of a plant breeding and genetics programme in Australia as observed during a 3 month trip to Australia)
Professor David Guthrie Catcheside was Professor of Genetics from 1952-1955

Genetics Dept notes for demonstrators (1957); Notes for tutors (undated); The writing of a thesis (handout, undated); handout for Genetics and Human Variation 1H and Genetics 1H(M) ca 1975; handout ‘Genetics forfirst-year students’ / J.H. Bennett (February 1980); Background information / University of Adelaide, Dept of Genetics (1991?) – includes history of the dept., summary of teaching and research and list of staff publications; letters between Dr J.N. Timmis and Bennett 1992 re donation of volumes owned by Fisher to the Genetics Dept.; 2001 letter of invitation to symposium and dinner to celebrate achievements of Genetics upon merger into Dept of Molecular Biosciences

The University of Adelaide Long Term Planning Committee memo and Vice Chancellor’s Draft Introductory Note … 21/12/1953, with Bennett’s pencil notes on the implications for the Genetics Dept; Report on a Meeting of the Professoriate (26/3/1986) on senior academics service in major administrative roles, with Bennett’s pencilled notes on card; letter from Bennett and other professors to Dame Roma Mitchell 10/3/1986 re re-appointment of D.R. Stranks for a third term as VC

Correspondence between the University of Adelaide and Oliver & Boyd re royalties from Fisher publications to be paid into the Fisher Memorial Fund 1958-71; also related documents re the estate and royalty reports

Fisher memorials at the University of Adelaide: includes correspondence re provision of Fisher postgraduate scholarships in Genetics and Statistics 1962 & 1965; correspondence and rules for the Sir Ronald Fisher prize for Genetics 1962 (funded by Professor Bennett); correspondence re the naming of the Fisher Building 1963, and typescript ‘The R.A. Fisher Memorial’ [3] leaves, with note on Fisher by Bennett
Note: the Fisher Biological Sciences Building was demolished in 1997

Letters re donations of Fisher books to the Barr Smith Library 1972, 19991-2000; also 1992 letter from Bennett re lodging a reproduction of the Leontine Campbrubi 1946 portrait of Fisher in Special Collections

Correspondence of Bennett and F.J.D. Syer with the Prime Minister’s office and Minister for the Interior regarding proposed reform of the Senate electoral system.  May-July 1946, February 1948. 8 items.

Series 5. J.H. Bennett correspondence and papers related to R.A Fisher  9 cm
(Some files were transferred from the Fisher Papers Series 30-35 in April 2008)

Professor P. Armitage re exhibition of and deposit of Fisher’s ms of C36 ‘On the distribution yielding the error functions of several well-known statistics in the archives of the Royal Statistical Society, 1984.’

Dr R, Baker 1975-77 re article by Fisher on freedom in scientific research; and 1940 in relation to the formation of the Society for Freedom in Science

S. Bartlett 1965 letter re his joint paper with Fisher on the pasteurisation of milk (Nature 1931)

Correspondence with Sir Walter Bodmer 1959-77, mainly personal and genetics; comments on genetics graduates 1971; invitation to Bennett to give the Sir Ronald Fisher Memorial Lecture in England in 1981 on ‘R.A. Fisher and the genetical theory of natural selection’; Bodmer lectures at the University of Adelaide in 197?; and correspondence re Fisher publications

Correspondence with Sir Walter Bodmer 1993-94 re the election of Bennett as consulting member of the Fisher Memorial Committee; minutes and agendas 1993-2003; 1997 email re proposed CD publication of Fisher’s Collected Papers;  and associated correspondence re Fisher Memorial Lecture (G.B.)

Correspondence of J.H. Bennett with Sir Walter Crocker, C. Warren Bonython and Geoffrey B. Bean regarding nomination for the University Council 1971-72; and letters received from Sir Walter Crocker re Fisher 1993.

Eugenics Society re Fisher's official positions within the Society, 1979-80.

Professor David Finney (Biometric Society) 1962-96 re proposed publication of Fisher’s collected papers by Oliver & Boyd, and guarantee by the Biometric Society; other Fisher matters; Finney’s Distinguished Visiting Scholar in the Dept of Genetics at the U. of Adelaide in 1986; editing of Fisher’s published correspondence and Fisher’s correspondents; publication of further editions of Statistical Tables; and re Frank Yates

Professor E.B. Ford regarding comments by W.B. Provine on Fisher in article published in Lecture notes in Biomathematics 13 (1977) and on Bennett's proposed volume on natural selection and heredity, 1978-79. Also letter from E.B. Ford re death of R.A. Fisher 1982

Professor T. Muraoka of the U. of Melbourne 1986 re deposit of Fisher’s cards on the study of Arabian genealogies in his early career

Professor I.R. Savage 1975 re paper by L.R. Savage On Rereading R.A. Fisher [with a photostat copy of the paper]

Correspondence of Professor J.H. Bennett with Oxford University Press relating to the publication of Natural selection, heredity and eugenics (published 1983) and of Statistical inference and analysis: selected correspondence of R.A. Fisher and Statistical methods, experimental design and scientific inference (both published 1990), and with others regarding these projects and seeking permission to include letters.  1976-92. 10 cm

Published works by Fisher donated by Professor Bennett have been catalogued separately.

Letters to publishers, correspondence with the Barr Smith Library, working papers and users responses in regard to digitisation and on-line access to collections of Fisher's scientific papers and selected correspondence.  2000-2002

Notes compiled for the launch of the revised Fisher Digital Archive in October 2004, and list of invited guests.

Series 8. Mendeliana  4 cm
(many items concern the centenary celebrations in Brno of the publication of Mendel’s discoveries in 1965)

Professor Bennett edited an English translation of Mendel’s Experiments in plant hybridisation (Edinburgh: Oliver & Boyd, 1965) which included previously unpublished commentary and an assessment by R.A. Fisher, and W. Bateson’s biographical notice of Mendel. All royalties from the publication were given to the University of Adelaide for Fisher Memorial Scholarships etc. in Genetics.

Correspondence of Professor J.H. Bennett with Oliver & Boyd and others relating to the publication of Gregor Mendel’s Experiments in plant hybridisation (1965 reprint with introduction by R.A. Fisher), 1964-71.  2 cm.