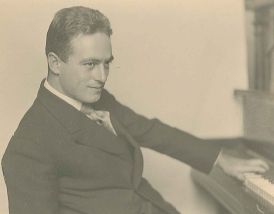 John Bishop, Elder Professor of Music at the University of Adelaide from 1948 until his death in December 1964, made a series of important contributions to music in Australia. He was taught piano from the age of twelve by the noted Adelaide teacher William Silver and in 1919 won the Alexander Clark Scholarship to the Elder Conservatorium, where he continued under Silver's tuition and was later awarded the 1923 South Australian Elder Scholarship to the Royal College of Music, London. During his four years at the RCM, he studied both conducting and piano studies and in 1928 was offered his first appointment as conductor of the Royal Wellington Choral Union and Wellington Philharmonic Orchestra in New Zealand. After eight very successful years in New Zealand, he was appointed Director of Music at Scotch College, Melbourne and from 1940 to 1947 conducted the Melbourne University Conservatorium Orchestra. As a result of his involvement in school music in Victoria, Bishop became the first President of the Victorian School Music Association on its formation in 1940 and, together with fellow music teacher Ruth Alexander, subsequently founded summer music camps for young musicians, the first of which was held in 1948. The National Music Camp Association was officially formed in 1954 and the camps in turn gave rise to the Australian Youth Orchestra, established in 1957. Both initiatives were important steps in expanding musical education and opportunities for players in Australia. 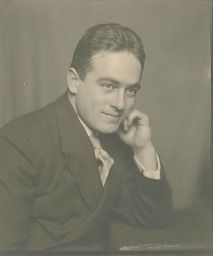 In 1948 Bishop was appointed Elder Professor of Music at the University of Adelaide.  He proceeded to re-organise the academic curriculum, building up a remarkable faculty, valuing composers and musicologists as well as excellence in performance in his staff and instigating a visiting lectureship scheme in composition. With others in Adelaide he was instrumental in establishing the Adelaide Festival of Arts, now a major biennial cultural event of national and international importance, and was its Artistic Director from its inception in 1960 until his death. He was a member (and later Chairman) of the UNESCO Committee for Music and held many other appointments in the arts, including that of Federal President of the Arts Council of Australia. Bishop died in London in December 1964 shortly after attending (as a member of the Australian delegation) the UNESCO general conference in Paris.

These papers were presented to the University of Adelaide Library in December 1992 by Jenny and Len Porter, daughter and son-in-law of Professor Bishop. Some additional programmes, newspaper cuttings and photographs and the Adelaide High School reports were presented in January 1993 by Mrs J.F. Scarborough and have been incorporated into the collection.

For additional papers, principally relating to the Music Camps Association, see the collection of correspondence between John Bishop and Mrs Ruth Alexander, 1949-1964, donated by Mrs Alexander in 1981. [SR 92 B6199c - written permission of Mrs Alexander is required before access can be granted]

4. Correspondence.  Principally replies to invitations and arrangements for visits while on study leave, 1957-1959. 3 cm.

11. John Bishop Fund. 1923-1927. 1 v.
Record book of accounts, meetings of the Fund Committee and correspondence, with term reports from the Royal College of Music, 1923-1926; programmes and cuttings re concerts by Bishop and his marriage to Margaret Harvey.

*RESTRICTED*  During the lifetime of Mrs Jenny and Mr Len Porter the written permission of Mrs Porter is required before access  to this series can be granted.