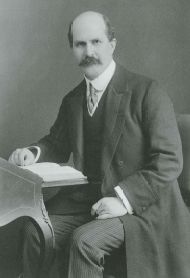 This is a guide to the collected research papers of Dr. John Jenkin on the lives and work of William Henry Bragg and his son William Lawrence Bragg (widely known as Lawrence Bragg), who were jointly awarded the Nobel Prize in 1915 for introducing and developing the science of X-ray crystallography. The collection is particularly strong in covering their time in Adelaide, and the work which culminated in their receipt of the Nobel Prize.

Bragg, William Henry
Date Range: 2 July 1862-10 March 1942
William Henry Bragg was a British physicist and mathematician who uniquely shared the Nobel Prize in Physics with his elder son, Lawrence Bragg, "for their services in the analysis of crystal structures by means of X-rays", and who later pioneered public understanding and sympathy for science at both the Royal Institution and as President of the Royal Society of London. 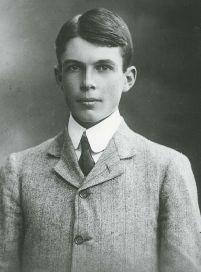 Date Range: 31 March 1890-1 July 1971
William Lawrence Bragg, widely known as Lawrence Bragg, was an Australian-British physicist who first enunciated Bragg's Law, pioneered the use of X-rays to determine crystal structures, shared with his father the 1915 Nobel Prize in Physics (remaining the youngest-ever laureate), and who, as Director of the Cavendish Laboratory in Cambridge, promoted research to discover the structure of proteins (notably DNA).

Jenkin, John
Date Range: 13 March 1938-12 July 2020
John Jenkin was born, raised, and educated in Adelaide, South Australia, with first class honours in physics from the University of Adelaide in 1960, and a Ph.D. in low-energy nuclear physics from the Australian National University in Canberra. He went on to become Head of the Department of Physics at La Trobe University, Melbourne, and in the latter part of his career joined the History and Philosophy of Science program in the Faculty of Humanities and Social Sciences (1993-2000). From very early in his career John also had an undeveloped interest in the history of his discipline, physics, and during research into the history of his own work the names William Bragg and Adelaide University emerged. Publishing widely in all areas of his career, John’s research into the history of science, and the Braggs in particular, culminated in the publication of his major work William and Lawrence Bragg, father and son: the most extraordinary collaboration in science (Oxford, UK: OUP, 2008).

This guide has been adapted from the listing prepared by Melissa Downing and Michael Jones and published by the The University of Melbourne eScholarship Research Centre on its Australian Science and Technology Heritage Centre (Austehc) website, September 2010. For additional information about the scope of the Bragg collection, visit Austehc.  Here, you can browse the index to the papers or search for keywords in the collection.

The collection was transferred to the Barr Smith Library in November 2010. Funds for the sorting, filing and listing of the collection were provided from the Victor Allen Edgeloe Bequest.

Images and documents related to W.H. Bragg's early career are available from the University of Adelaide Library's Bragg Digital Archive.