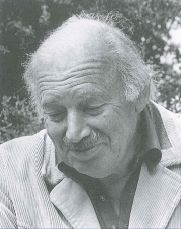 John Jefferson Bray was born in Adelaide in 1912, the first child of Harry Midwinter Bray and Gertrude Eleanor Stow. He was educated at St Peter's College, Hackney and later at the University of Adelaide, where he won a Stow prize in 1930 and the David Murray prize in 1931 and 1932 for his studies in law. He graduated with Honours in 1933 and, whilst working full-time as a lawyer, undertook a doctorate in laws, presenting his thesis "Bankruptcy and the winding up of companies in private international law" in March 1937. In July he was awarded the Ph.D. and also won the Bonython prize.

Over the next ten years, Bray applied for a number of academic posts, eventually filling in for Crown Solicitor Ralph Hague's lectures in Roman Law at the University of Adelaide during World War II. He continued to give part-time lectures until his appointment as Chief Justice in 1967.

Throughout the 1950s, Bray began to distinguish himself as a barrister and was appointed Queen's Counsel in 1967. He took on cases across all jurisdictions, in estate settlements, divorces, civil matters, murders and defamation and in 1960 successfully defended Rupert Murdoch's paper "The News" and its editor Rohan Rivett against nine charges of seditious libel alleged by the South Australian government in its reporting of a Royal Commission into a murder case.

In 1967 Bray was appointed Chief Justice of South Australia by the Dunstan Labor government and proved, over the course of eleven years, to be one of the Commonwealth's most capable judges. The High Court came to rely on his reasoning in areas as diverse as criminal law and procedure, legal remedies and the award of costs, evidence, legal ethics, company law and the law of tort. His judgments were characterised by clarity of language, a solid historical approach in articulating principles of the common law and his belief in the right of the individual to protection from the changing whims in social morality.

Throughout the 1950s and 1960s Bray also became well known in Adelaide's literary community. He was a long-time friend of poet Charles Jury and after Jury's death in 1958 joined the literary group led by Max Harris. In 1962 he published the first of several volumes of poetry with F.W. Cheshire in Melbourne and was frequently invited to read his poetry at Writers' Week events.

1.  Collection of address on classical literature, poetry, law and shcolarship. 1955-1986. 10 cm.
[Many of these addresses were published in The Emperor's doorkeeper (Adelaide, 1988) deposited by Geoff Sauer, University of Adelaide Foundation, 1988]

2.  Biographical
In memoriam - invitation and programme to the Public Commemorationof the Life of John Jefferson Bray, 25 July 1995.  2 items (deposited by Dr. John Tregenza 1995).  Also, "The Hon. John Jefferson Bray AC QC (1912-1995)" / by John Emerson and delivered on the occasion of a dinner to celebrate the centenary of Dr. Bray's birth, Mortlock Chamber, State Library of South Australia, 1 September 2012. Photograph of J.J. Bray outside his Hurtle Square residence.

4.  Correspondence and notes of Professor Wilfrid Prest and other members of the Bray Commemoration Committee relating to preparation and publication of a festschrift to John Bray.

4. Correspondence and notes of Professor Wilfrid Prest and other members of the Bray Commemoration Committee relating to preparation and publication of a festschrift to John Bray [published as a portrait of John Bray 1997]. 1995-1997. 4 cm (deposited by Professor W. Prest, History Dept. 1998)

6. Three letters from Bray to Mrs Cedric Stow, March and April 1967 re offer of wigs of his great great uncle.