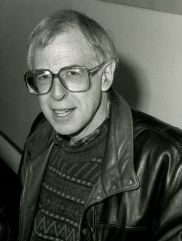 Between 1960 and 1967, John worked as a partner in the firm of architects and town planners, Brine Wierzbo Associates, in Melbourne where he consulted with municipalities and shires on planning matters in metropolitan Melbourne and Launceston. He also took part in planning appeals related to zoning, building density and open space planning.

From 1967 to 1972, John was a member of the Department of Urban Design and Regional Planning in the University of Edinburgh, where his research involved travelling throughout Britain, Europe and Scandinavia. He became widely acquainted with recent trends in retailing and the provision of civic facilities in developing communities.

From 1972, John's position as Reader, Department of Architecture and Planning, at the University of Adelaide, saw him take responsibility for the development of the postgraduate programme in urban and regional planning, teaching and research. Research projects undertaken by the programme included contract research for the National Capital Development Commission, the South Australian Housing Trust, the Australian Institute of Urban Studies and the Adelaide City Council.

This collection of papers was transferred to Rare Books and Special Collections from the University of Adelaide's Architecture Department in 2010.

Two copies of curriculum vitae; personal statement outlining study, career and membership history which is attached to an appeal regarding a town centre for the City of Berwick; invitation to witness the opening of the City of Adelaide Planning Centre, invitations from the Adelaide Lord Mayer, Robert Clampett, to accompany him to the Town Hall to witness the John Martin's Christmas Pageant and to meet Lim Chong Eu, Chief Minister of Penang; letter from D.P. Michelmore acknowledging Brine's resignation from the Environment and Urban Development Committee.

Eva Aker (1972-1976)
Letters re employment postings, including reference from Brine regarding geography tutor position at Flinders University and letter of offer for tutor position in Master of Town Planning (M.T.P.) course at Adelaide University.

R.D. Bakewell (1973-1975)
Correspondence re M.T.P. course, including letter from S. Briton-Jones regarding Board approval of study assistance. Also includes "Talk on the city of Adelaide Development Committee to the business luncheon by Mr. R.D. Bakewell, Permanent Head, S.A. Premier's Dept.", 1975

Michael Bowering (1973-1977)
Correspondence re programme of lectures for the "Law in Relation to Planning" subject delivered to postgraduate M.T.P. students.

Commissioner Stroma Buttrose (1973-1977)
Correspondence re talk to M.T.P. students on the operation of the Planning Appeal Board, including transcribed copies of the talk and news article "High post for woman planner", S. Cockburn, source unknown.

Serge Domicelj (1973-1976)
Letters to Shean McConnell, Head of Planning at London Polytechnic, regarding his visit to Adelaide and his lecture on industrial development policies in Britain. Also includes letter from Serge to Brine re Education Committee's decision not to take on any Planning students in 1977 and to remove Planning from the School of Architecture and Planning, placing it under control of a separate Board.

William (Bill) Gould (1974-1978)
Correspondence primarily between Gould, Brine and Adelaide University Vice Chancellor, G.M. Badger, re the U.R.G Fund and it application to postgraduate research expenditure, particularly with regard to student use of University notepaper.

Walter Jamieson (1974-1976)
Application, including resume, and letters of appointment acceptance and subsequent decline for Senior Teaching Fellow position in the Dept. of Architecture, Adelaide University. Airmail letters regarding cost of relocation, visa application process and uncertainty around the length of appointment.

Murray McCaskill ( 1972-1973)
Letter re visit to Flinders University and copy of 1973 Calendar Syllabus for discipline of Geography.

Tom McKenna (1973-1975)
Correspondence re David Brodeur's application for corporate membership of the Royal Australian Planning Institute; letters re examination of Malcolm Hardy's planning thesis; general information for students and examiners regarding the planning for and marking of theses.

Vernon Newcombe (1973-1978)
List of 1976 Commonwealth Scholarship and Fellowship Visiting Professor nominees, including copy of Newcombe's curriculum vitae; general correspondence re proposed changes to structure of the Master of Urban and Regional Planning programme.

John Thornley (1976-1977)
Letter of acceptance of Senior Teaching Fellow position in Dept. of Architecture and Planning, Adelaide University; correspondence re membership of the Royal Town Planning Institute; copy of proposed research problem "The effects of change in economic conditions on recreation behaviour in Adelaide: development of a predictive model".

Neill Wallman (1975-1978)
Brief letters re contribution to the teaching of the planning programme at Adelaide University.

Martyn Webb (1974-1977)
Letters re visit to Adelaide University to meet with postgraduate planning students to discuss current research projects, including the Urban and Regional Planning Research Register, publication of occasional papers, incentives for city living and a literature review on the design and function of cycleways.

University of Adelaide - Advisory Centre for University Education (A.C.U.E)
Letters primarily to William Hall, Director A.C.U.E, re meetings aimed at facilitating communication and improving teaching methods, 1976; copy of Brine's comments on his experience of the A.C.U.E, 1978; memo to R.A. Cannon re communication with part-time students, 1976; copy of standard questionnaire issued to students after a lecture/series of lectures, 1976; A.C.U.E seminar notes on teaching and learning in graduate education, 1978.

University of Adelaide - Office of the Academic Registrar
Correspondence re the M.T.P. programme generally, including letter to H.E. Wesley Smith, Academic Registrar, regarding guidelines for the Master of Urban and Regional Planning (M.U.R.P.) thesis, 1975; letter to K. Halliday re arrangement for status for students transferring from M.T.P. to the M.U.R.P degree, 1975; list of preliminary reading materials for M.T.P degree, 1975; list of subject enrolment codes for each programme, including the proportion of the year's work which each subject constitutes, 1975; copy of regulations and proposed amendments to the regulations for the M.T.P. degree and letter to P.S. Henry, Dept. of Foreign Affairs, re applications from overseas candidates to study the M.T.P. programme, 1975.

University of Edinburgh - Urban Design and Regional Planning Department
Letters to Jan Fladmark re senior teaching fellow position at Adelaide University, 1974-75; letters of recommendation for both Rodney Lawrence and Alan Faunt in support of their applications to study in the Dept. of Urban Design and Regional Planning, 1973; leaflets describing University of Edinburgh's diploma and graduate diploma in urban design and regional planning, 1974; copy of "Programme in planning studies (developing countries)" progress report, 1973-74.

Australian Development Assistance Agency
General correspondence about the town planning programme and its students, including letters re grants-in-aid for Commonwealth sponsored overseas students, 1973-1977.

Master of Urban and Regional Planning (General)
Correspondence re M.U.R.P. students' excursion to Alice Springs; list of names and positions held of recipients of the M.T.P/M.U.R.P. degree; copies of "Innovations in teaching styles and approaches based upon adult learning" by Malcolm Knowles; prospective student's letter of complaint to Brine, referred to Academic Registrar, re withdrawal of University funding for part-time positions in the M.U.R.P degree; copy of detailed programme bibliography, 1973-1976.

Master of Town Planning (Programme)
Correspondence primarily with potential guest lecturers in the M.T.P course; copy of 1967 course timetable, including syllabus of lectures and seminars on transportation; lists of 1975 M.T.P. programme enrolments and participants; list of proposed subjects to be offered between 1973-1978; lists of schemes A and B and part-time applications; copy of 1973 talk on water pollution control in S.A., author unknown; copy of Harold Beaney's (?) 1973 talk on water supply in S.A.

Master of Town Planning (Staff Development)
Letters and notes re teaching grants and staff development in the Faculty of Architecture and Town Planning, including copy of Rolf Jensen's request to the Registrar for additional academic and administrative staff, 1973; office equipment and reference material purchase suggestions, 1973; M.T.P. programme teaching grant estimates, 1975; letter from Rolf Jensen to the Registrar re staff to student ratios for 1975; copy of "Provisional calculations of departmental maintenance allocations", 1975; draft copy of Brine's "Report on professional competence", 1977.

POLIS
Re Melbourne University students Dept. of Town and Regional Planning magazine POLIS, including correspondence about article submission and subscription to the magazine, 1975-1977.

Royal Town Planning Institute Journal
Copy of RTPI News, Spring 1976; general correspondence re submission to and publication of articles in RTPI journal; invitations to Brine to be guest editor for a series of articles, 1974; handwritten copy of Brine's (?) article "Planning and Housing in Australia", undated; copy of David Yencken's article "Candide in Australia" for submission to RTPI journal, 1975; copy of Victor Jennings curriculum vitae, 1975.

Urban and Regional Planning Research Register (General)
General correspondence, primarily from Research Assistant, Jane Young-Anglim, re the Planning Register and its progress. Includes copy of S.A. Institute of Technology's invitation to Brine to join the advisory panel of the Register, notes about the Register's purpose and a list of advisory panel members, 1974-1975.

Urban and Regional Planning Register (Financial)
General correspondence re future funding of the Register, including Brine's appeal to the Vice Chancellor regarding an unemployment relief grant for a research worker and letter of thanks to R. Bakewell, Permanent Head of Premier's Department, for receipt of State Government's $8,000 research grant. Also includes list of groups/individuals to be approached re joining the Register's advisory panel, 1974-1978.

Advertisement for Temporary Research Assistant, 1976, source unknown; advertisement for applications to the Urban and Regional Town Planning course, 1974(?), source unknown; copies of articles: "More money needed to improve mental health", "Privacy in any Bill is hard word to define", "More women should be engage in public life" and "Lifting the quality of work life is the aim", all undated, source unknown. Also includes typewritten copy of "View Point" by Brine on the aesthetics of North Terrace and the need to reduce the flow of its traffic, undated.