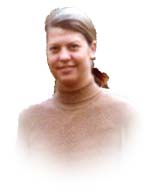 Martine Burns (1947-2002) was Personal Secretary to Lady Rose Oliphant during the last year of the incumbency of Sir Mark Oliphant as Governor of South Australia, and maintained a friendship with both Sir Mark and Lady Rose after their departure from office and during her years in London and Sydney where she worked as an interior designer.  These letters were written to her by the Oliphants and by Sir Walter Crocker, a former Lieutenant Governor of South Australia, between 1977 and 1991.  The letters from Sir Mark Oliphant are of a very personal nature, being written at times of loss in both of their lives.  The more formal letters from Sir Walter Crocker include some recalling life in Indonesia.

These letters were donated to the Library by Ms Burns in March 2002, shortly before her death.  There is related correspondence in the papers of Sir Mark Oliphant
(MSS 92 O4775p Series 3)