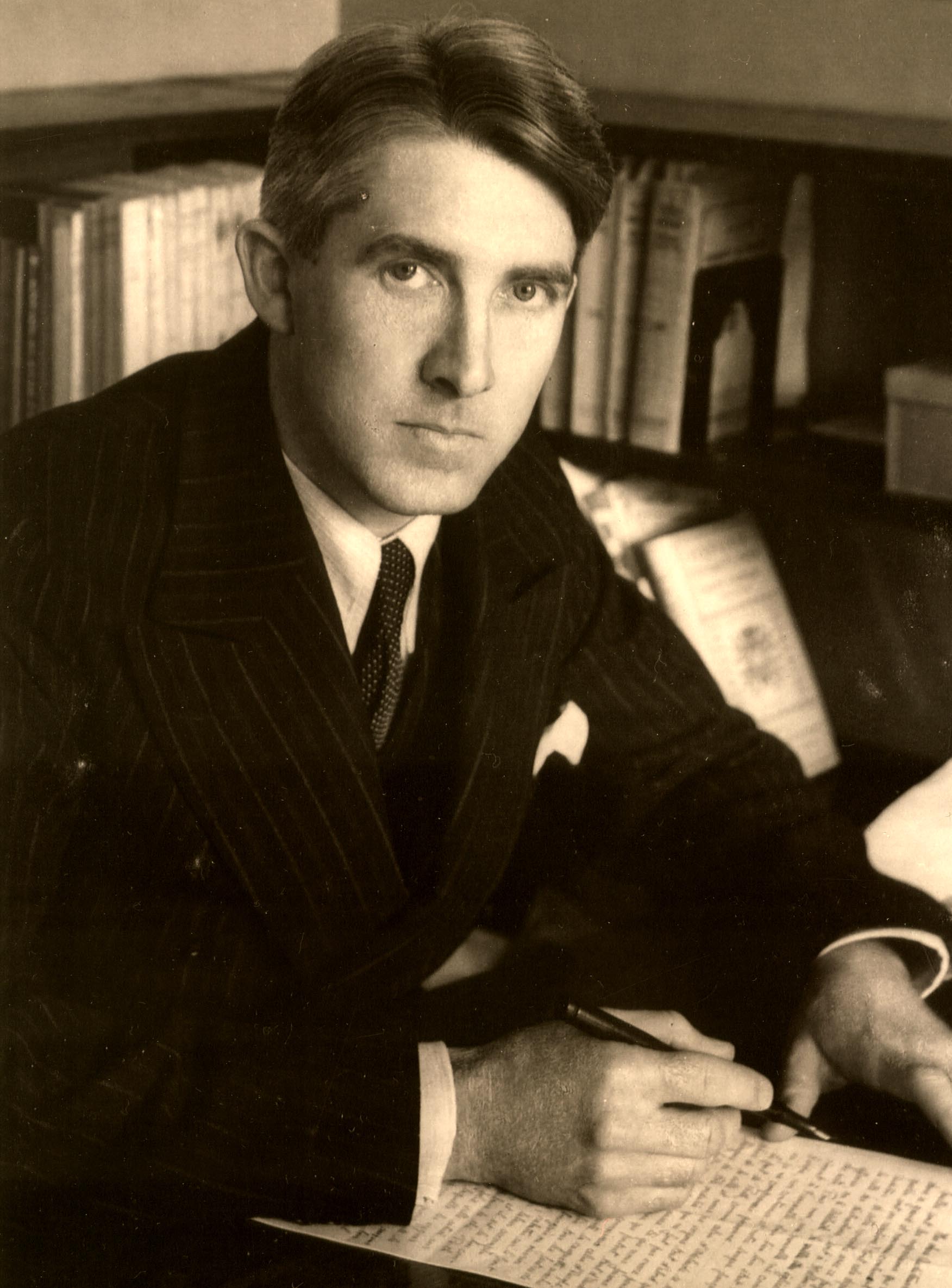 James Cornell was appointed to The University of Adelaide in 1938 as lecturer-in-charge of French and became in 1944 the University's first Professor of French Language and Literature, a position he held until his retirement in 1969. He was decorated by the French Government in 1955 with the award of the Chevalier de la Légion d'Honneur for his weekly broadcasts in French throughout the war to the French-speaking communities in the Pacific, and in 1984 was awarded the Commandeur des Palmes Académiques for his distinguished contribution to the teaching of French and dissemination of French culture within South Australia.

These papers were deposited with the University Archivist in 1991 by the family of Professor J.G. Cornell and transferred to Special Collections in 1996.  Professor Cornell's bank statements, medical and other bills and concession cards of the 1960s-1980s were not retained and were shredded in the interests of privacy. A typescript paper by A. Bayardelle on the resistance movement in New Caledonia in 1940 and a processed paper by T.G.H. Strehlow on C.P. Mountford's Ayers Rock and Winbaraku have been added respectively to the Pacific and University collections in Special Collections.

A copy of Studies in memory of J.G. Cornell / edited by Elliott Forsyth ... (Clayton, Vic.: Australian Journal of French Studies, Monash University, 1992) has been catalogued seperately for the University Collection 840.5 A93 29.1 Copy 2

1. Passports and Livret Universitaire Individuel  [record of classes attended] of J.G. Cornell and Helen Martin; matriculation and identity cards of J.G. Cornell; notebooks of expenses in Paris and other items connected with their studentship at the Sorbonne, 1927-30. 16 items.

13. Faculty of Music. Various reports, minutes and discussion papers, including the 1983 reports of Dr. Martin Friedel on the administrative relationship between the Elder Conservatorium and the Faculty of Music. 1977-83. 3 cm.

14. University Music Society and Friends of the Elder Conservatorium. Minutes, agenda and programmes [not complete]. 1975-86. 2 cm.

15. University of Adelaide. Miscellaneous items. 1949-67. 8 items.
Programme of Faculty of Arts week 1949, including performance of Molière's Le bourgeois gentilhomme; annual report for 1949, including Commemoration Address by Professor J.G. Cornell; list of George Murray scholarships and other awards to French department students 1953-63; book lists (2) for History of Education II subject "France: History of education in", 1967; reprints (2) of article by J.G. Cornell The Theatre Guild's first twenty-five years, 1963?; report by R.W. Garson on his talk "Some aspects of Sanskit" to the Adelaide University Linguistic Society (1962?).

17. Miscellaneous. 1925-67 and undated.
Including: Letter of Lorna - to Nell Martin [Mrs Helen Cornell], May 1925; "Euphemia Muggins" to Professor Cornell on the setting of Racine for second year students, July (1947)?; Invitation to the wedding of François Solente and Françoise Schaffhauser, 1964; Catalogue of exhibition of paintings by Bessie Davidson, 1967, with typescript translation of a letter about Davidson by G. Besnard, 6 May 1967; extensive notes on The staging of the Jeu de St. Nicolas by (F.W. Manhall)?; postcards and reproductions of works of art associated with France and French literature; translation of Adam - a play from the Anglo-Norman by John W. Doyle.

18. Reprints of articles by others, including former students.  1930-89.  items. See separate listing.

19. Portrait (in pastels) of Professor Cornell by Ingrid Erns, 1963. Photograph of Cornell in his study at the University of Adelaide in 1941, donated by his daughter Tina Cornell on 2011.


A bust of Professor Cornell by John Dowie is also housed with the Cornell Collection.