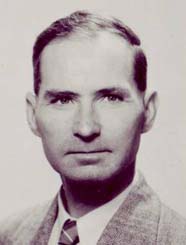 William Albert Cowan was born in 1908 in Dunedin, New Zealand, and educated at Otago Boys' School and the University of Otago, graduating with first class honours in Latin and French despite struggling financially. He gained a further degree in classics at the University College, London, also with first class honours. On his return to New Zealand he taught for a short time  in at Wellington College in NZ before being appointed University Librarian at the Barr Smith Library in 1933.

In 1935-1936, a study grant from the Carnegie Corporation of New York enabled Cowan to attain his Bachelor of Library Science degree at the Library School of the University of Michigan, and also to visit university libraries in Great Britain, Europe and North America. The Carnegie Corporation was at this time generously promoting growth of Australian libraries, resulting in a renaissance of librarianship in Australia. Bill Cowan thus became one of the first professionally trained Australian librarians.

During his administration, the Barr Smith Library grew from approximately 90,000 to over 300,000 volumes despite limited financial resources. The Medical Library grew to be regarded as one of the strongest in the country, while Cowan tirelessly built up the periodical collection through an exchange programme using the Australian Journal of Experimental Biology and Medical Science.

His period of administration was an eventful and arduous one, covering the difficult years of the Depression followed by World War II. The post-war years and the influx of students brought new stresses for university libraries, and it was not until the Murray Commission Report that funding increases became available for the purchase of books and periodicals. In addition to his Librarianship duties, Cowan lectured in the Dept of Classics until 1955.

After 30 years as Librarian, he retired in 1964 due to ill health and was awarded the title of Emeritus Librarian. He was a well-respected scholar of the classics, a perfectionist, and lived rather frugally.

Bill and his wife Marnie Cowan both believed in the benefits of tertiary education. In 1994 Marnie established a trust to help students financially. Since its inception the Cowan Grant has provided over $1.2 million of grants and scholarships.

Series 2. Correspondence of William and Marnie Cowan, 1936-64, and undated 2 cm.
Includes letters received from and copies of replies to Sir Mark Mitchell 1936; 1937 Professor Harold Butler (University of London), William Warner Bishop (Librarian of University of Michigan) and copy of Bishop's letter to Sir William Mitchell re Cowan's report on the development of libraries in Great Britain and the United States; 1938 copy of a letter to Sir William Mitchell from FP Keppel of Carnegie Corporation re possible grant to the University of Adelaide.

Series 3. Report on activities abroad 1937
Sponsored by a Carnegie Corporation grant, from August 1935-September 1936 Cowan undertook studies at the Postgraduate Dept of Library Studies at the University of Michigan, and also visited university libraries in Canada and eastern United States, England, Scotland, Paris, Switzerland and Germany. This report on his study leave prepared for Sir William Mitchell includes recommendations for the improvement of service and conditions in the Barr Smith Library. Typescript (photocopy) [20] leaves

Series 4. Correspondence with Ira Raymond 1963 0.5 cm
Letters to Ira Raymond re his unsuccessful application for the position of Librarian at Bedford park (now Flinders University) and advising Raymond of his early retirement; also letter of congratulations on Raymond's appointment as Librarian at the Barr Smith Library.

Series 5. Report on study leave in 1955 / WA Cowan
In October 1954-March 1955 William (Bill) Cowan took study leave funded by the Carnegie Corporation to study 19th century bibliography in the New Bodleian Library, and then visited university libraries in England and Scotland, the United States and Canada. This report focuses on problems of growth in university libraries. Typescript (Roneo copy) 28 leaves

Series 6. "Finding a needle in a haystack": talk by Noel Flentje 1974
Script of talk by Professor Noel Thomas Flentje on the history of the Barr Smith Library, recorded 24 May 1974 for broadcast on ABC Radio; also Cowan's comments and obituaries of Flentje from Advertiser May 1974. Typescript (photocopy) 6 leaves

Series 7. Plaque
Correspondence concerning the installation of a plaque in the Barr Smith Library foyer in recognition of Cowan's service.