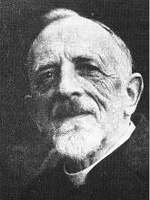 Petrus Drabbe was ordained as a Catholic priest in 1911 and began his work as a Missionary of the Sacred Heart in Lipa in the Philippines in 1912. He then transferred to the Tanimbar Islands in the Maluka province of Indonesia where he remained for 20 years. He had long wished to be a missionary in New Guinea, and in 1935 he was transferred to the Kokonaw Mission station on the south coast of Dutch New Guinea (later West Irian Jaya and now West Papua province of Indonesia).

Drabbe conducted valuable linguistic and ethnological research during his time as a missionary. He studied most of the local languages in southern West Papua, and published grammatical sketches, grammars, word lists, dictionaries and texts. His work remains the only source available for many of these languages. The last language he studied was Tamagário, spoken in the Gondu River region. He found it to be different in structure to the other languages he had studied, and thought it unrelated to any other known language. His work however was unfinished due to illness and remains unpublished.

He remained in New Guinea for 25 years until he was repatriated in 1960 following bouts of malaria and dysentery. He died 10 years later at the age of 73. In 1962 he was awarded a Zilveren Anjer (Silver Carnation) by Prince Bernhard for his linguistic research.

These fieldnotes were given by Father Drabbe to Kees Versteegh in 1963, who in turn gave them to Professor Peter Muhlhäusler in 1986. Professor Muhlhäusler donated them to the Barr Smith Library in May 2015.

The notes also contain some items by Father William Lommertzen who was the first priest to visit the Arare village area of the current Haju Subdistrict in Indonesian Papua in the 1950s (adjacent to the Tamagario-speaking area.)

Typescript with ms corrections and annotations in Dutch of notes on the Tamagario language of West Papua. 3 parts (45 leaves)

Letter from Dr Kees Versteegh of Katholieke Universiteit at Nijmegen in The Netherlands to Peter Muhlhäusler, 10/9/1986, recording the provenance of the fieldnotes. Versteegh was given the fieldnotes by Father Drabbe in 1963.