F.H. Faulding & Co.
[Photographs and other items relating to the early production of penicillin 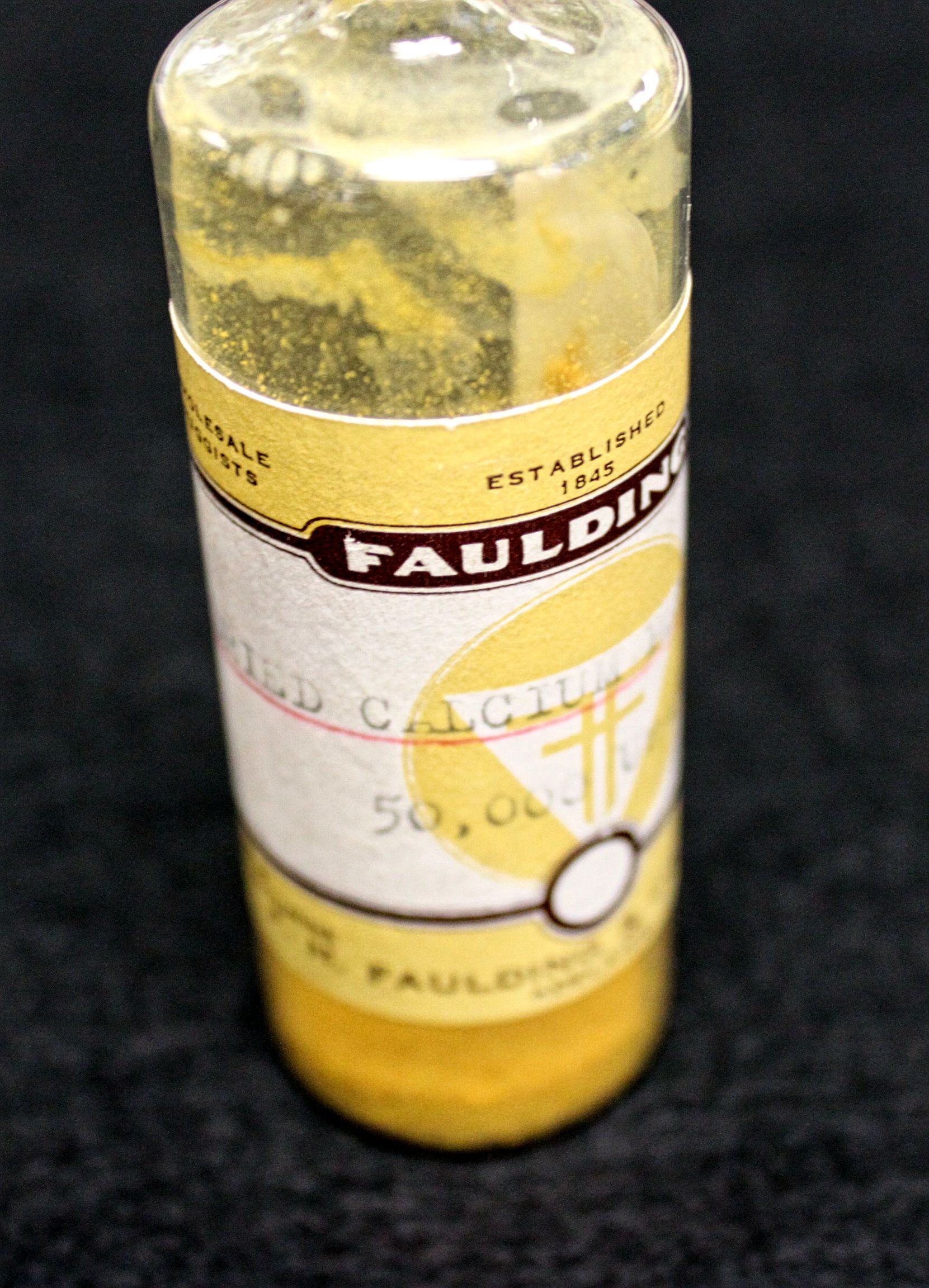 F. H. Faulding & Co is an Adelaide based pharmaceutical company founded on 19 May 1845 by Francis Hardey Faulding (23 August 1816 – 19 November 1868). Francis originally started the company when he opened a Rundle Street based retail pharmacy, co-owning the business with Luther Scammell. After Faulding's death in 1868, Scammell took full ownership of the business, developing a chain of pharmacies, along with a warehouse on King William Street. He later diversified into winemaking in 1876.

In 1888 Scamell's sons, William and Luther Robert acquired the business, selling the retail based outlets and turning more towards pharmaceutical development and production. The business was incredibly successful, developing the industry standard test for determining the eucalyptol content of eucalyptus which was included in the British Pharmacopoeia in 1893. They later went on to develop 'Barrier Cream' in 1941, designed to counter dermatitis in armament factories. In 1921 they became a private company.

In 1944, the company worked with Howard Florey to develop penicillin, which was produced at their bacteriological laboratory at Thebarton.

After World War II FH Faulding & Co extended both their product ranges and wholesale activities before becoming a public company 1947.