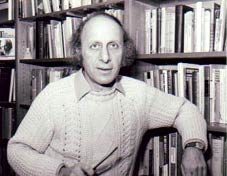 4. Notes on lectures given at Cambridge, the University of Toronto, Flinders and Adelaide University. c1964-1979. 15 cm.

5. Correspondence with publishers, co-authors and contributors, with some drafts and copies of papers and chapters. 1958-1979. 45 cm.
Includes files re the publications and articles Economic activity, Readings in the concept and use of income, Capital and growth, 'Much ado about something', World development, 'Cambridge controversies', etc.

8. Conference papers and related correspondence. 1961-1981. 15 cm
Includes papers from the Congregational Union Public Questions conference on Hungry people 1961, the UNSW Winter School on Unemployment 1978, the 2 nd and 3 rd Conference of Labour economists 1978 and 1979,University of New South Wales Applied Economics Workshop on the Significance of the Budget Deficit 1979, and the University of New England Conference on the History of Economic Thought 1981.

9. Reports, submissions, discussion papers, minutes, correspondence, submissions, comment and reviews of the ALP Committee of Enquiry [into the ALP]. 1978-1979. 30 cm.

11. Academy of the Social Sciences in Australia. 1971-1981. 4 cm.
Correspondence re Harcourt's election to the Association, nomination of others, minutes.

Note: Confidential reports on examined theses, research students and files of references for (former) students and colleagues have been destroyed.