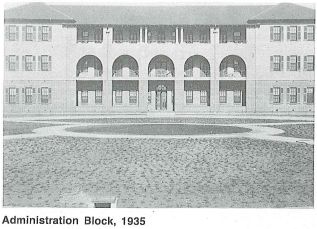 Northfield Mental Hospital, as it was originally proclaimed in April 1929, was built to accommodate South Australia's mentally ill and to provide them with therapeutic occupation in a farm-like setting. In reality, the inmates of Northfield lived within a custodial system for more than thirty years which saw many of them become institutionalised and highly dependent upon an authoritarian regime. The stringencies of the war years only escalated the overcrowding problem and Northfield's facilities continued to deteriorate as it tried to accommodate more and more patients - young, elderly and infirm, suffering from a range of mental conditions.

In 1964, Northfield Mental Hospital was renamed Hillcrest Hospital, a decision which reflected the changing attitudes and approaches to those in need of psychiatric assessment and rehabilitation. Under the direction of Dr. Cramond, and later Doctors B. Shea, W. Dibden and J. Clayer, Hillcrest Hospital, bolstered by additional State funding, transformed the old pattern of custodial limited care, replacing it with a form of community care in which patients could be treated in their own social setting and provided with adequate after care service as well. 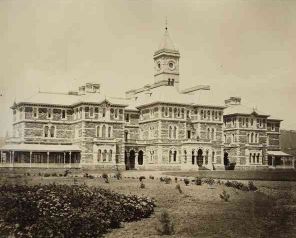 In 1870, the Parkside Lunatic Asylum, as it was then known, became the home not only for Adelaide's mental health patients, but also for those nearing the end of their life, those suffering from undiagnosed diseases and for unmarried women with children and prostitutes as well. Its conditions were poor; the hospital itself largely self-reliant on its residents, utilising their skills to tend to the gardens, mend clothes and tailor shoes.

Initially preferring treatments such as bed rest and isolation, the hospital began to administer agents such as chloral hydrate, bromides, paraldehyde and barbiturates in the late 1800s. 1930 saw the introduction of arsenical treatment for syphilis derived dementia and by 1938 the hospital was trialling insulin shock treatment. Parkside also used electro-convulsive shock treatment, especially on those suffering with manic-depression or schizophrenia.

By the late 1950s, breakthroughs in modern drug treatments resulted in a fall in the number of patients admitted to the Asylum and in 1967 it was renamed Glenside Hospital, signifying a change in emphasis from a hospital to a community oriented service.

Adapted from Inside Glenside: A History of Mental Health in Adelaide, B. Williamson, 11 Aug 2011

The following papers were assembled by Maureen Bell in 2004. Additional papers were transferred from Glenside Hospital to the Barr Smith Library, Rare Books and Special Collections, in 2014.  18cm