The daughter of a Methodist Minister, Sarah Jackson was educated at the Methodist Ladies' College (MLC). She studied at the University of Adelaide, graduating with a Bachelor of Arts in 1911 and winning the Tinline Scholarship in English History. She completed her Honours thesis from home - at first from the Manse at MacLaren Vale, then at Bowden. The subject of her BA thesis was the History of the State 1850-1856. She gained Honours in philosophy (1913) and a Master of Arts (1914). In 1914 she also won the David Murray Scholarship for a philosophical essay.

Jackson's parents were happy to support her but she wanted to be independent. She became a teacher at MLC and gave lectures in psychology at the Workers' Educational Association in Broken Hill and Adelaide. She had a breakdown in late 1917 - early 1918 and spent a long period in hospital. Jackson then became a tutor in philosophy at the University of Adelaide.

Jackson was an honorary editor of the Women's Record, a paper aiming to keep the various women's organizations in touch with each other, and she wrote short stories, articles and book reviews for a number of magazines and newspapers including the Adelaide University Magazine, Orion, the Red Cross Record and the Women's Record. She was a foundation member of the Women Graduates' Club, and a member of the Womens' Non-Party Association and later of the Social Efficiency Committee. She urged for fully trained workers to be appointed to Minda Home.

Jackson developed tuberculosis and by 1922 was seriously ill. She worked to get a Women's Room at the Kalyra sanitorium, where she was spending much of her time. She also hoped to get a psychological clinic established at the University of Adelaide. After her death at the age of 32 in 1923, money was raised in her name in the hope that such a clinic could be established. However, as the funds fell short of that required, they were spent instead on psychology books for the university. Books in the Barr Smith Library purchased from that fund bear a bookplate identifying them as belonging to the Elizabeth Jackson Library.

A collection of Jackson's papers (mainly letters, loose papers, and a diary in a notebook kept from 1906 to 1918) are kept at the Barr Smith Library.

The papers represented by Series 1-6 were received in 1965 from Elizabeth Jackson's brother Canning, but no listing appears to have been prepared.  When the papers were sorted and listed in 1997 they were in considerable disarray and some letters were found to be incomplete. 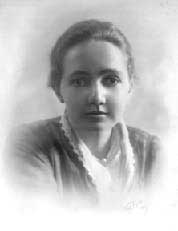 2. Letters between Canning Jackson and Helen Mayo re disposition of the papers of Sarah Elizabeth Jackson. 1963-1964. 1 cm.

3. Obituary notices and memorials to Sarah Elizabeth Jackson. 1923. 1 cm. [including newspaper articles and a letter from {Sir}William Mitchell]

7. Methodist Ladies College Old Scholars' Association memorial wall plaque to Sarah Elizabeth Jackson. At the request of the Annesley College [former MLC] Old Scholars, the plaque was returned to them in March 2004.

9. Transcript of 'At Petunia', a collection of sketches by Sarah Elizabeth Jackson. Transcript prepared by Barbara Wall in 2018. Original held by the State Library of SA.
Contents

At Petunia: En voyage with Pluto / First Depressions  / The People Next Door / In the Scrub / The Dawn of Art / Calves / An Economic Derelict / Horsebreaking / Pen or Brush? / The Adventurer / Festival / A Day at the Beach / Curiosity / A Gala Day / A Sunday in August / Bird-time / Changes / Night / One Christmas / The Ministering Angel / Back to Petunia
Miscellaneous: The Gospel According to St. Cathell / The Member’s / A Memory / The Waiting Room / Blackwood / Morning at McLaren Vale