Darlene Johnson (16 November 1935 - 24 July 2009) was born in Australia as Darlene Fraser Johnson. Darlene became interested in theatre at the University of Adelaide. Whilst studying for her B.A. her work with student groups include Beatiruce in Shelley’s “The Cenci” in 1953. In the following year she appeared in a series of verse plays by South Australian authors which were later presented in Sydney by a group of young actors. 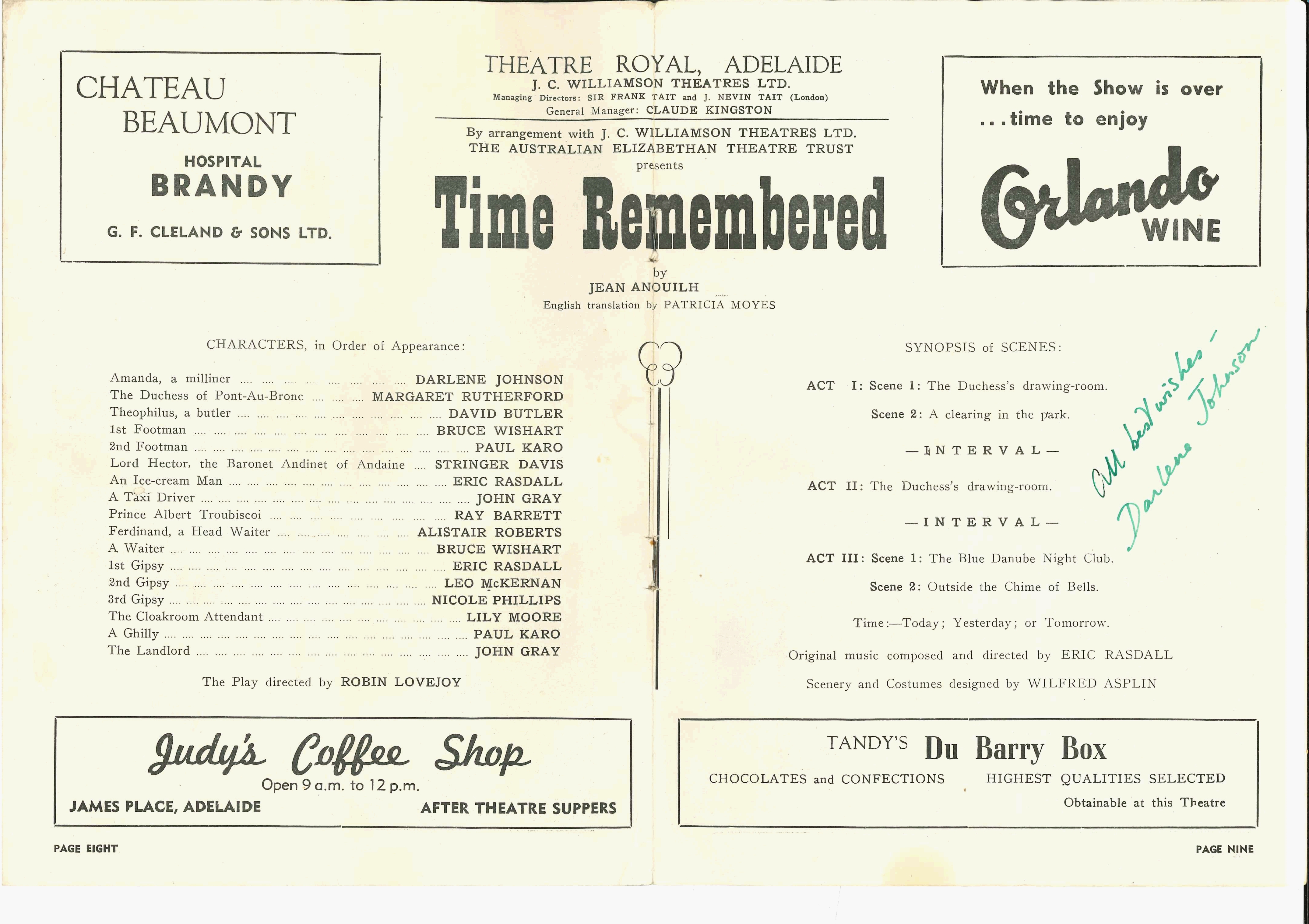 Photographs. Print out copies. Dance classes featuring Darlene, her husband Ken Shorter, and Jan Poddesbsky. Includes Darlene is her role as The Courtesan in The Boys from Syracuse, and Darlene as Hedda Gabler.

CD labelled ‘When it all began’ containing electronic copies of above photographs.