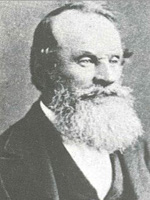 In October 1838 the two Lutheran missionaries, Clamor Schürmann and Christian Teichelmann of the Dresden Mission Society, arrived in Adelaide. They immediately set about learning the local Kaurna language, Schürmann living with the Kaurna people and learning their language and customs.

Within the next 18 months, Schürmann and Teichelmann published Outlines of a Grammar: Vocabulary and Phraseology of the Aboriginal Language of South Australia (1840) which contained about 2,000 words of the Kaurna language and about 200 translated sentences.

On 23 December 1839, they opened a school at Piltawodli on the banks of the River Torrens (near the Torrens Weir) where they taught Kaurna children to read and write in their own language. From 1841 the school was run by Pastor Samuel Gottlieb Klose. 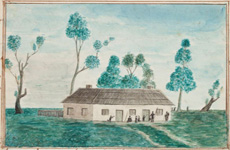 In July 1845, under instruction from Governor Grey, the Walkerville and Piltawodli Aboriginal schools were amalgamated and the students moved to a new Native School Establishment near Government House and placed under Anglican supervision so the students could learn ‘civilised’ habits.

In 1841-43, a piece of classwork and two letters written by the children in the Kaurna language, using beautiful English copperplate writing, were sent by Klose to the Dresden Mission Society where they were retained in the archival collections now held by the Leipziger Missionswerk (Leipzig Mission). The letters survived the firebombing of Dresden during WWII and were kept hidden during the Nazi and Communist periods in Germany. They were found in 1998 in storage in the Archives cellar by Dr Reinhard Wendt of Freiburg University.

On 8th September 2014, these letters were presented on permanent loan by the Leipzig Mission to the Barr Smith Library to be held on behalf of the Kaurna community.

These highly significant letters are three of just five known surviving documents written by Kaurna people in their language in the 19th century.

Front: 7 lines copperplate script, annotated with a line of German script at bottom. Text translates as:
“Always worship Jehovah. He is our Creator. He saves us from sin” repeated once.

With annotation by Klose in German script at end.
Back: 7 lines of copperplate lower case letters

Back: A word-by-word translation of the letter into German by Pastor Samuel Klose, followed by a vernacular German translation, in German script. 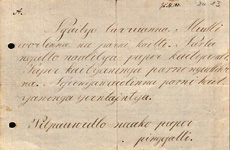 Back: A word-by-word translation of the letter into German by Pastor Samuel Klose, followed by a vernacular German translation, in German script.