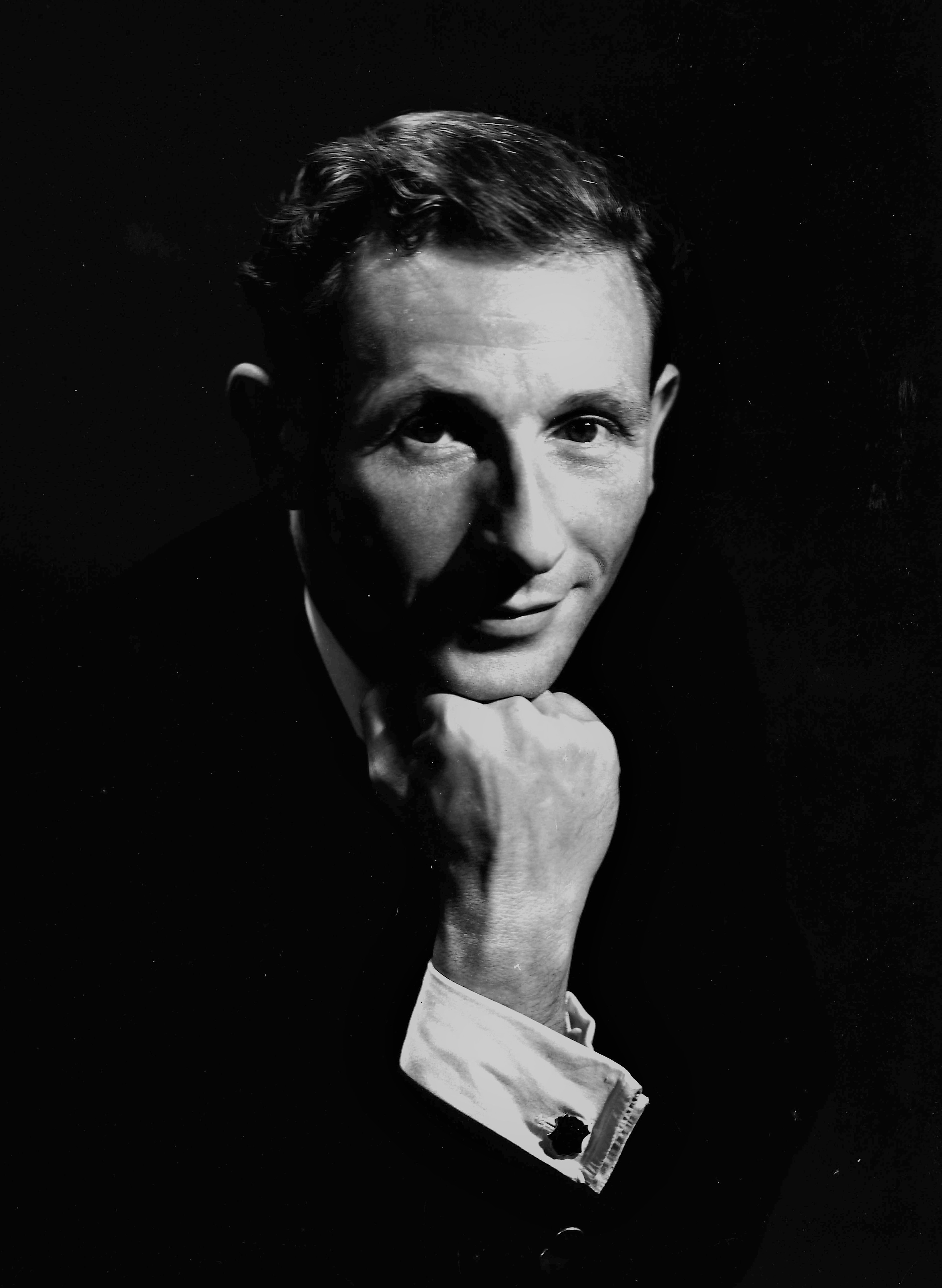 Henry Legerton was born in Melbourne in 1917. He originally trained to be an actor but decided to take up dancing after seeing the de Basil Russian Ballet performances in Australia in the late 1930s.

His first performance was in the pantomime ‘Aladdin’ when he was 8 years old. He later trained at Nora Stewart’s ballet school and appeared in performances in 1937.

In 1939 Legerton travelled to England for further ballet training, arriving in London a few days before war broke out on 3 September. He planned to study with Madame Legat but, after she abandoned her studio to live in the country, Legerton took classes with Stansilaw Idzikowski and Vera Volkova. He also appeared in theatre performances to earn a little money, including at the Tavistock Little Theatre in Chatham in plays by Jean Marshall.

He joined Antony Tudor's London Ballet in 1940 for about 14 months but returned to Australia and joined the Kirsova Ballet for the company's 1941 and 1942 seasons (with special leave from the Army) and also appeared in Australia with Leon Kellaway's short-lived Ballet Nationale company. With Kirsova he appeared in Kirsova's own works, including A Dream - and a Fairy Tale, Les Matelots, Vieux Paris and Faust and also partnered Rachel Cameron in Les Sylphides.

In 1942 he was recalled to the Australian Army and spent a training year on the Atherton tableland in Northern Queensland, before serving for two years in New Guinea and one more in Ambon in Dutch East Indies. While at Ambon he and his friend Grant McIntyre produced the Ambon News and wrote and produced comic theatricals.

He was demobilised in 1946 and returned to England where he worked extensively with Leonide Massine, taking roles in A Bullet in the Ballet as an understudy for Massine and the main role for matinee performances on the provincial tour. He also appeared in La Boutique fantasque and Mam'zelle Angot with Sadler's Wells Ballet. At Sadler’s Wells Legerton made his mark as a character dancer of personality and impeccable timing and starred in many cameo roles.

In 1957 he became ballet master for the Touring Royal Ballet, conducting nearly all the rehearsals for all the ballets and travelling through Europe and America. In 1970, with the reorganisation of the Royal Ballet companies, Legerton returned to the Royal Ballet School at Covent Garden as regisseur.

Henry Legerton was sponsored and supported by the Symon sisters during the early stage of his career. He wrote long and detailed letters to Angel Symon, her sister Mary Clark and their adopted niece, Perdita. Mary and Henry continued their correspondence after Angel’s death in 1976.

The collection also includes letters from Grant McIntyre, a long-time friend of Legerton with whom he served with at Ambon in New Guinea during World War II, and copies of the Ambon News and scripts for theatrical revues performed while on service.

These papers were transferred to the University Library by Perdita Eldridge in 2014 along with the remainder of the Theatre Collection bequeathed in 1976 by her aunt, Angel Symon.

Also includes a receipt from the Stanislas Idzikowski Academy of Dancing signed by Idzikowski, clippings from the 1949-51 Sadler’s Wells Canadian/American tours, and a typescript “The Psychology of Colour as Applied to Shakespearean Costuming” by F. Hunter-Watts, inscribed F.A. Symon. 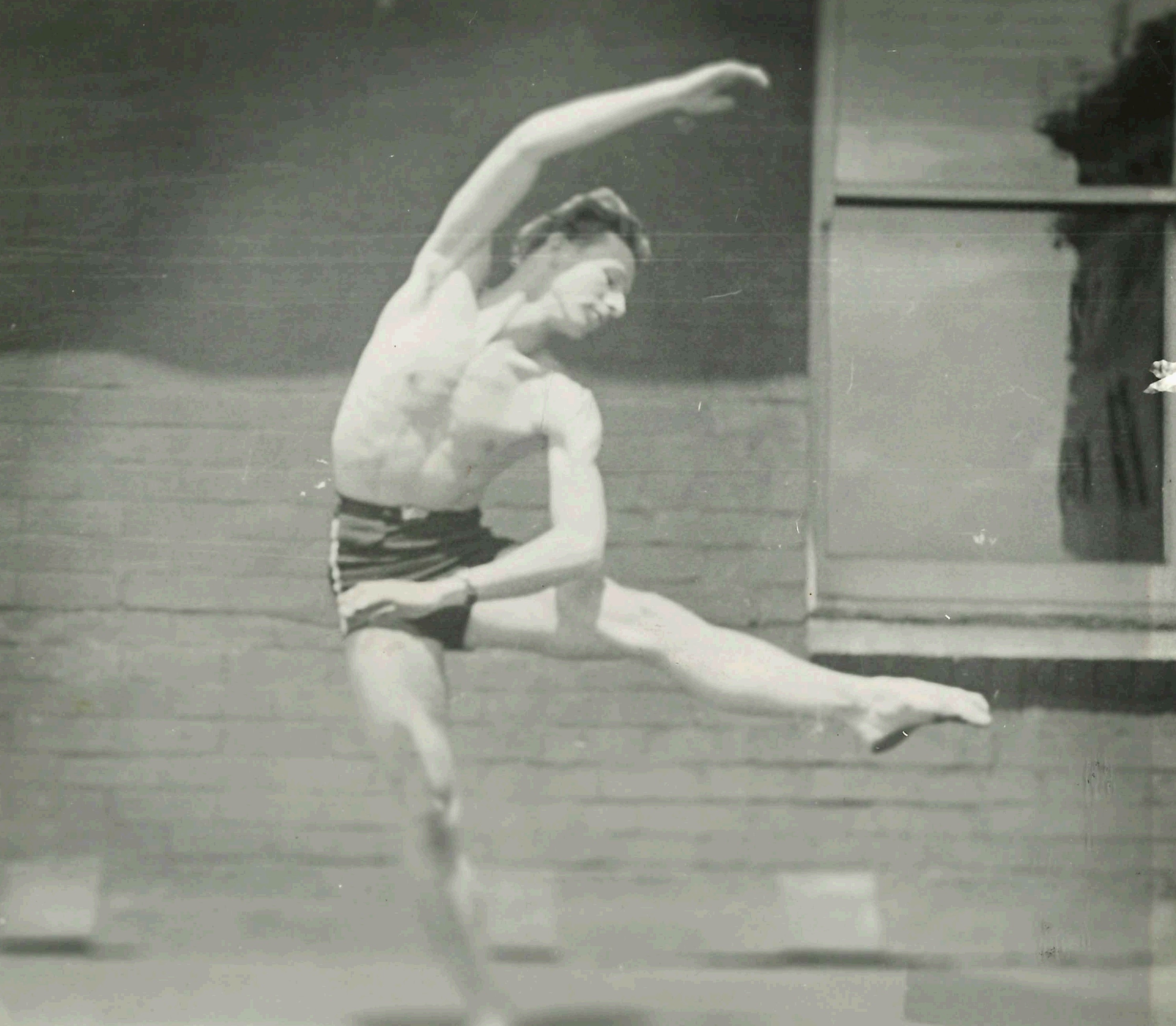 Head shot, in costume for Petruschka, inscribed “To Mary, my love always, Henry”

Head and shoulders photo “taken just after my first lesson with Idzikowski, which accounts for the rather green expression” 1939

Legerton as Faust with Kirsova? Inscribed “Christmas greetings to Mary”

Legerton and Lynne Golding, inscribed “Dear Mary, This was taken just after a rehearsal …” [1941??] 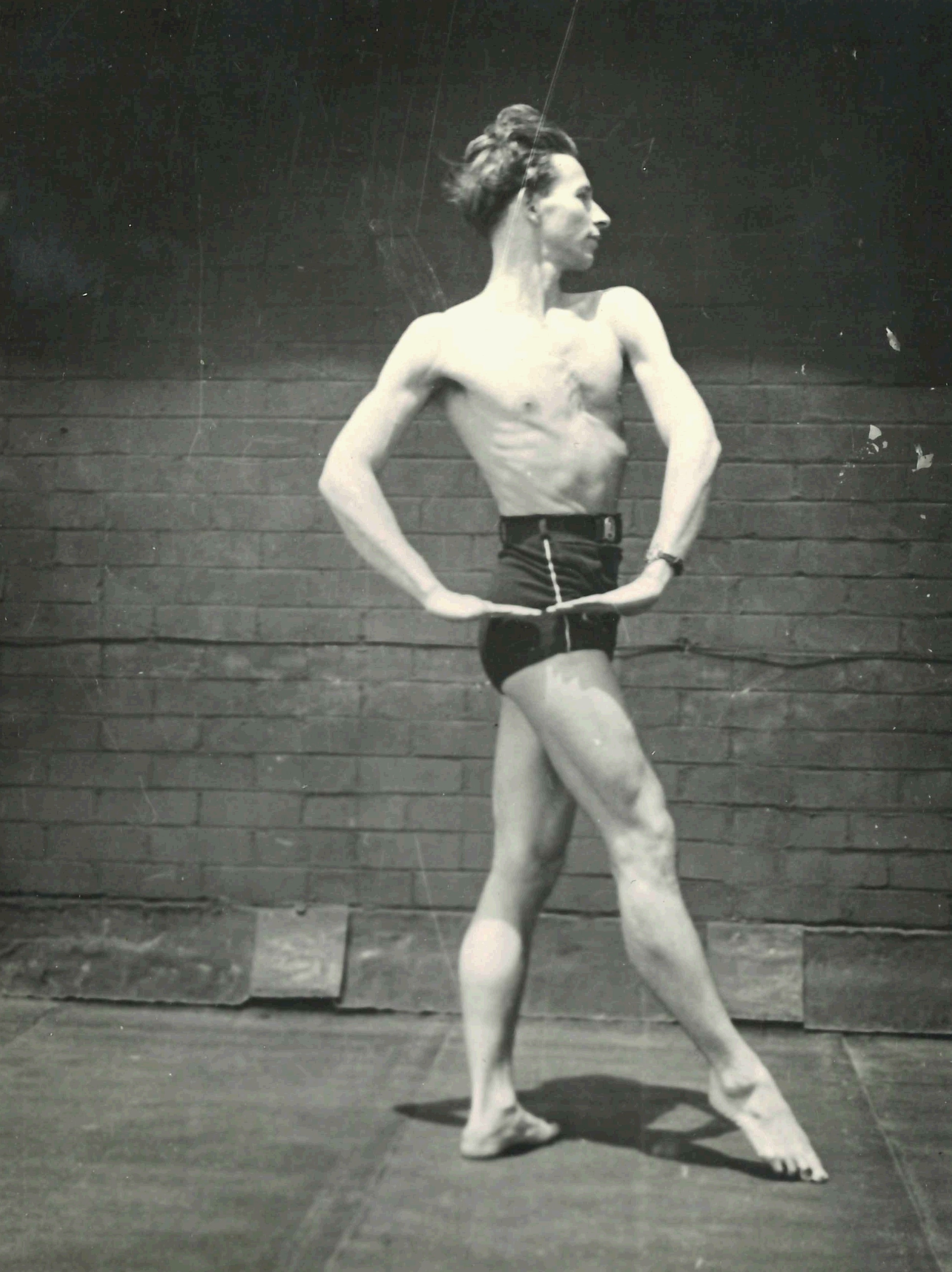 Pamphlet: Some facts and figures about Ambon, prepared for the information of members of the 33 Aust. Inf. Bde. By AAES Staff H.Q. …

Grant is now editing the local paper – the first copy was produced yesterday – the Ambon News … The printing press is an old Japanese one, operated by Ambonese, few of whom know more than goodday or hullo in English, so you can imagine the panic ensuing when they start setting the type in what is to them a foreign language. The manager of the press, Mr Engels is partly Dutch I think, speaks English fairly well … (Letter from Legerton to Mary Clark 17/10/1945)

Proclamation of the surrender of the Japanese army (in English and Indonesian) issued to members of the Allied Forces at Morotai, 9th September 1945, With poster of photographs

Grant McIntyre was born in Brisbane in 1907, received his secondary education at Wesley College in Melbourne and then studied law at the University of Melbourne, graduating in 1932. He began to practice law during the Depression, but decided his heart was in the theatre. He travelled to England in 1935 where he performed in touring theatre companies and stayed at times in lodging with Henry Legerton. In 1939 he went to Paris to work with the English Players presenting plays which had been banned in England, and then conducting English broadcasts for the French Government before evacuation to England when war was announced. He unsuccessfully attempted to enlist in the Australian forces through Australia House, before deciding to return to Australia and finally securing passage on a ship in 1940. He attempted to join the RAAF but was deferred and he continued to appear in touring shows and revues. He was called up to the Army in 1942 and trained with Legerton in Queensland before serving at Morotai and then Ambon where he edited the Ambon News and (again with Legerton) wrote and presented satirical and comic plays and revues. He continued with the Army until 1951, participating in war crime trials against the Japanese and continuing to write and appear in theatre productions. He then toured in a touring play in Victoria for the Dept of Adult Education before becoming private secretary to Harold Holt, Minister of Education and transferring to the Dept of Education when Holt gave up the portfolio. In Canberra he became a well-known member of the Repertory Theatre, appearing in and producing numerous plays. McIntyre was a life-long friend of Legerton and also wrote numerous letters to Mary Clarke between 1941 and 1976.