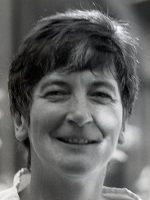 Susan Margaret Magarey was born on 23 April 1943 in Brisbane. Her parents, South Australian couple Catherine Mary Gilbert and James Rupert Magarey, married in April 1940. Magarey was educated at the Wilderness School in Adelaide where she was elected Head Prefect in 1960. Attending the University of Adelaide from 1961 to 1964, Magarey graduated with a BA (Hons), with Second-Class Honours in English Literature, and subsequently completed a Diploma in Education in 1965. After marrying in 1966, she moved to Canberra with her husband, Christopher Eade, and gained two further degrees from the Australian National University (ANU): an MA in History for her thesis 'A Study of Catherine Helen Spence, 1825-1910' (1972); and a PhD in History for her thesis titled 'The Reclaimers: a study of the reformatory movement in England and Wales, 1846-1893' (1976). Magarey separated from her husband in 1978.

After completing her doctoral studies, Magarey was appointed to a Tutorship in History. In 1978 she was seconded to run ANU's newly established Women's Studies course. A year later, in 1979, she was appointed Founding Lecturer-in-Charge of the Women's Studies Program. In 1983, Magarey returned to her home town of Adelaide, where she was appointed Founding Director of the new Research Centre for Women's Studies at Adelaide University, a position she held until 2000. From 1997 until 2000 Magarey also served as Director of the Adelaide Research Centre for Humanities & Social Sciences. Magarey held a joint appointment as Associate Professor in the Departments of English and History from 2001 to 2003. She has been an Adjunct Professor in the History Discipline in the Faculty of Humanities & Social Sciences, the University of Adelaide since 2004. Following her retirement, Magarey was appointed Professor Emerita at the University of Adelaide.

Magarey's many publications include Roma the First: A Biography of Dame Roma Mitchell, with Kerrie Round (2007/revised imprint 2009); Looking Back Looking Forward: A Century of the Queen Adelaide Club 1909-2009 (2009); and Passions of the First Wave Feminists (2001). Magarey received the 1986 Walter McRae Russell Award from the Association for the Study of Australian Literature for Unbridling the tongues of women: a biography of Catherine Helen Spence (revised edn 2010). She is also the editor of several publications. In 1994 Magarey, with Susan Sheridan, received the Barbara Polkinghorne Award for Debutante Nation.

Magarey has a particular interest in biography and in 2004 established the Magarey Medal for Biography, which is awarded biennially to the woman who has published the work judged to be the best biographical writing on an Australian subject.

Magarey has made major contributions to Women's Studies through the establishment of Women's Studies programs, journal editing and her involvement in various committees and national and international Women's Studies networks. In 1985 she founded the journal Australian Feminist Studies, serving as Editor until 2005. In 1985 the Committee on Post-Secondary Education of Women and Girls of the Tertiary Education Authority of South Australia made Magarey an award for Meritorious Contribution to the Advancement of the educational and career achievements of other women and involvement in the wider community. In 2005 Magarey was appointed a Fellow of the Academy of Social Sciences in Australia. In 2006 she was appointed a Member of the General Division of the Order of Australia (AM) for pioneering Women's Studies as an academic field.

Adapted from The Encyclopedia of Women & Leadership in Twentieth-Century Australia entry by Sharon M. Harrison http://www.womenaustralia.info/leaders/biogs/WLE0412b.htm

These papers were donated to The University of Adelaide Library by Susan Magarey between 2014 and 2020.

Papers re Catherine Christine Magarey, Susan’s sister (Catherine was killed when she rode her motorbike into the back of a parked car in Sydney in 1972)

Jean Chesneaux “Cahiers du Forum Histoire”
Jean Chesneaux was a distinguished historian at the Sorbonne who visited Canberra in the 1970s and formed a firm friendship with Susan Magarey. Magarey attempted to establish a regular translation of his journal.

Publications of the RCWS

Crucible of Feminism: Women in the nineteenth century. A national conference organised by the Research Centre for Women’s Studies, 15 March 1985

Red photograph album includes clippings re Magarey and women’s studies at Adelaide 1982-95 and photographs of:

History of the Faculty of Arts publication

Folder: Papers and articles by Magarey on women’s studies in Australia 1979-2001. Including the Women’s Studies programme at ANU

Menu for launch by Dame Roma Mitchell of “Women in a Restructuring Australia : work and welfare” by Anne Edwards and Susan Magarey” at Flinders University 1995. 2 copies

Folder: “All Together Now, or Take-Away …”