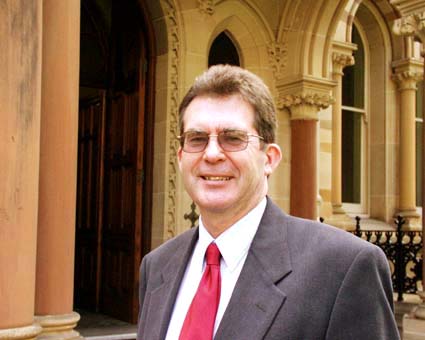 Neville Marsh was born in Watford, England and educated at Framlingham College Suffolk. He read Physiology and Zoology at Queen Elizabeth College London and graduated with a First Class Honours degree in 1965. He completed his PhD in 30 months at the Royal London Hospital Medical College and returned to Queen Elizabeth College as a full Lecturer in Physiology at the age of 25 in 1968.

In the following years, he developed his research expertise in the field of pathophysiology of haemostasis, particularly in the effects of insect and snake venoms on the cardiovascular system. He published his first paper in “Nature” in 1968 on the results from his Honours project.

In 1992, he emigrated to Australia and took up a position as Head of Anatomy and Physiology at Queensland University of Technology, first as Senior Lecturer and then as Associate Professor. In 2000, he became Assistant Dean in the Faculty of Science with special responsibility for postgraduate education.

In 2002 he was appointed Dean of Graduate Studies at The University of Adelaide and in 2003, Deputy Vice-Chancellor (Research). In 2006, he became the inaugural Head of the School of Population Health and Clinical Practice at Adelaide. His outstanding service to the University was recognized by the award of Professor Emeritus.

Neville Marsh retired in 2007 and returned to Queensland where he has since taken up a position as Chair of the University Human Research Ethics Committee at QUT. Over his 40-year research career, he has published some 200 refereed papers and presentations, edited several volumes of research papers on toxinology and haemostasis and published two monographs.

Neville also supervised a number of higher degree theses at Queen Elizabeth College, University of London, and Queensland University of Technology.  A Special List of these is available, with call numbers provided for those held by the University.