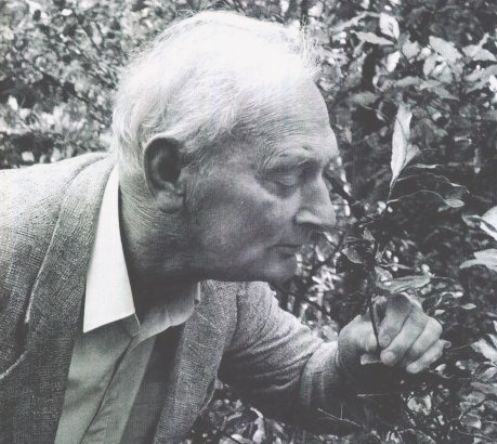 Peter Gordon Martin was born in Adelaide in 1923, attending Unley Primary School and Prince Alfred College.  He joined the Royal Australian Navy in 1940 aged 17 and quickly rose to the rank of Lieutenant.  Following his training as a navigator and gunner at Portsmouth in England, Martin took part in the Allied landing in Sicily and was present in Tokyo Bay at the time of the Japanese surrender in 1943.

He continued in service until 1948 and then between 1949 and 1951 studied botany and genetics at the University of Adelaide, achieving First Class Honours in genetics in 1952 and his PhD in 1955.  He was awarded the Gowrie Trust Scholarship (1950), the Elsie Marion Cornish Prize and the Ernest Ayres Scholarship (both in 1951) the William Culrose Prize (1955) and the Nuffield Dominion Scholarship (1958).

In 1956 Martin was appointed as Lecturer in Biology at the University of Adelaide and became Senior Lecturer in Zoology in 1959, Reader in Botany in 1967 and Professor of Botany in 1969.  He took early retirement in 1985 at the age of 61 to devote his time to research on angiosperm molecular phylogeny.

Pete Martin was one of the most influential pioneers in the development of evolutionary studies using macromolecules.  His research included work on microbial genetics, the role of the nucleus in the control of cell differentiation, marsupial chromosome structure and evolution and angiosperm phylogeny and biogeography using plant protein, RNA and DNA sequences.  He was an early champion of evolutionary genetics, molecular phylogeny and continental drift.

He was also an inspirational teacher, insisting that the best lectures should introduce first-year students to botany, and was responsible for the introduction of genetics to the first-year botany curriculum.

These papers were donated to the University of Adelaide Library in March 2007 by Mrs Beryl Martin.

The prize is known as the "Peter Martin Prize for Excellence in Scientific Communication".

Series 3: Reprints by other researchers