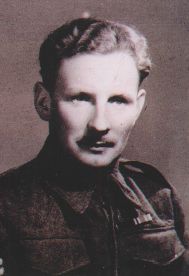 Jack O'Donovan was a well-known Irish author and playwright and for many years host of the popular radio programme 'Dear Sir or Madam' on Radio Telefis Eireann. He was a journalist to the Irish Press from 1947 and was chief sub-editor of the Evening Press and its music correspondent from 1954-1960.

In his later years he wrote several plays for the Abbey Theatre, a biographical memoir of George Bernard Shaw and many radio dramas, and was also a regular contributor to Radio Telefis Eireann programmes and music critic for the RTE Guide.

These papers were presented to the Library in Ausgust 1994 by Mrs Veronica (Vera) Kilcoyne, sister of Jack O'Donovan.

A copy of Jonathan, Jack and GBS: four plays about Irish history and literature by O'Donovan has been placed in the Theatre Collection. A plaque of the O'Donovan/Kilcoyne family crest has been taken by the Historical Research Centre (Australia).

Series 1
Recordings of two programmes of ‘Dear Sir or Madam' 26 July 1975 and 20 July 1985 [the last before O'Donovan's death] on Radio Telefis Eirann, with a covering letter 25/7/1994 from Radio Telefis Eirann. 1 cassette tape (restriction on broadcast and commercial use)

Series 3
Letter from O'Donovan to his sister and brother-in-law, Vera and Harry Kilcoyne 5/2/1985

Series 4
Obituary notices and newspaper articles re the funeral of O'Donovan (27 & 29/8/1985) with covering letter 3/9/1985 from Barry O'Donovan to Vera and Harry Kilcoyne and copy of certificate of cremation. 7 items

The following annotations, by both Aiveen and Vera, appear on the reverse of the photographs. The photographs dated 1997 were annotated by Aiveen during her trip to Ireland and, in most cases, include additional commentary by Vera.

1. "Simon O'Donovan (father of Jack)." Undated
2. "Grandfather Simon O'Donovan, ca. 1920. Six feet, two inches tall. Married Anna Maria Purcell 7th January 1920. Died 10th September 1949". Undated
3. "Cousin Larry, Dad, cousin Betty, Jack, Vera, Charlie, Kitty, cousin Graham, Mom, cousin May, Barry, Aiveen, Gillian. Sister Myra took photograph. 1946"
4. "Charlie with cousin Jack O'Donovan. 1943"
5. "John (Jack) O'Donovan and brother Charlie. 1950"
6. "Myra, Vera, Jack, Aiveen, Barry, Charles. High Wycombe. 1972"
7. "Jack O'Donovan and his mother Anna Maria Christina (nee Purcell) at Grange Park, Dublin." Undated
8. "Anna O'Donovan (mother of Jack)." Undated
9. "Holiday home. Co(?) Wicklow. Jack and I in his lounge in his country home. Anne Veronica (‘Vera'), sister of Jack." 1984
10. "England. Charlie, died 19th November 1998. O'Donovan my brother, optometrist." Undated
11. "Barry, youngest brother, outside no. 10. He is hiding his stick. John O'Donovan's home when young. 10 Upper Mount Pleasant Avenue, Rathmines, Dublin, Ireland". September 1997
12. "Aiveen at Luton airport ready for her trip to Ireland." September 1997
13. "There is no fuchsia hedge or front garden. The house is in flats but quite well kept. No. 10 Upper Pleasant Avenue, Rathmines. Our old home when we were young". September 1997
14. "Denise at Glendalough. Co(?) Wicklow. Sister-in-law. Barry's wife - youngest brother". September 1997
15. "Aiveen at Glendalough. Remember this? Co(?) Wicklow famous landmark." September 1997
16. "Taken at Barry's and Denise's golf club. Beautiful setting - a lovely Wicklow valley. September 1997
17. "Lisieux was where Charlie and Myra used to go to nursery, run by the Misses Malone (you can see their names in the street directory). Charlie and Myra were twins. Both deceased." September 1997
18. "Grandma's house. 27 Ranelagh Road, Dublin". September 1997
19. "Aunt Lil's(?) house in Ranelagh Road. No. 23". September 1997
20. "2 Oxford Road. Where Mum lived as a girl. September 1997
21. "Town Hall Rathmines(?), Dublin. My brother composed an opera in his early 20s, performed by his old school, Synge Street. I was there, Vera. John O'Donovan." Undated
22. "36 Grange Park - looked a little unkempt. A housing estate has been built in the field behind it. Bought by my mother as '10 Upper' was too large for our needs. She got it built 1950." September 1997
23. "The shop looks very smart and prosperous. The dispensary is now incorporated into the shop, instead of behind a partition, as in Daddy's day, which makes the shop look much bigger." September 1997.
24. "Would you believe this house is built in Grandma's back garden where the garage used to be. All the back gardens have had a percentage sold off for modern dwellings." September 1997
25. "Grafton Street is pedestrians only now. Not nearly so ‘posh' as it used to be. Bewleys was over flowing and almost like a supermarket with the crowds. However, still the lovely interiors. My father was a chemist and worked there. Vera." September 1997
26. "This is Oxford Road where Mum lived as a girl. The wall is where the bullet ricocheted(?) on to her leg during the civil war circa 1922!" September 1922
27. "Leinster Cricket Club. You can make out no. 10 left of the tree. There used to be a row of trees against the wall. You can see how the houses were built all at different times." September 1997
28. "Rathmines Church looked wonderful all richly decorated. Charlie said he remembered it brown and dingy before the canon, in his day, was left family money and had the alter arch either built or redecorated in memory of his mother. Doesn't it bring back memories! The side pulpit is closed now." Further annotated by Vera: "Built, I remember it being built." September 1997
29.  Rathmines Church. "Took this to get the full effect of the alter arch! Mom and Dad were the first couple married there after it was rebuilt having burnt down. Anna M. P. Purcell to Simon Christopher O'Donovan, 7th January 1920." September 1997