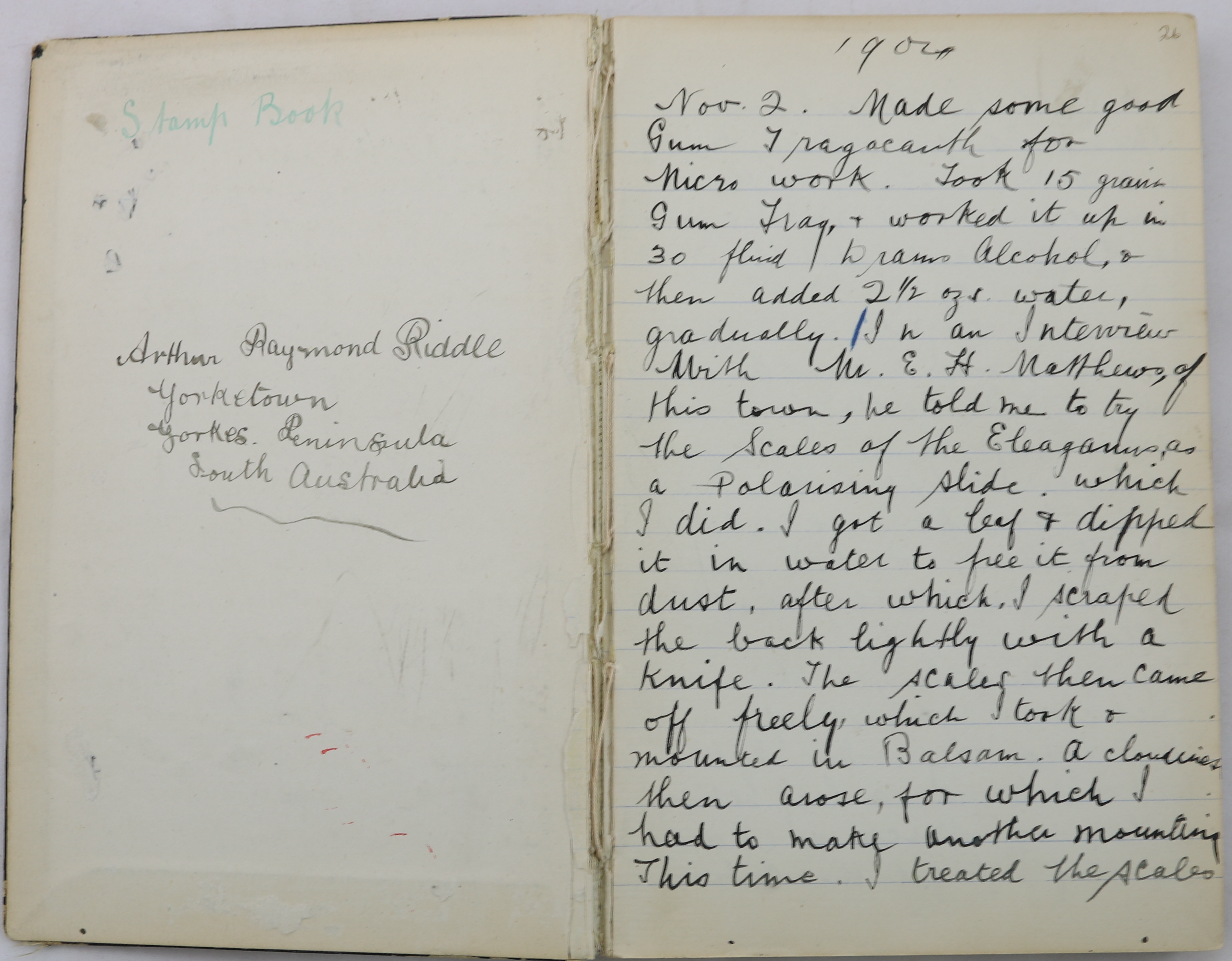 Arthur Raymond Riddle was born at Yorketown, South Australia on 24 July 1888. He was educated at Kyre College, Adelaide. Despite being expected to join the family’s ironmongery business, he had an interest in photography, becoming an accomplished photographer for which he won several awards. This work brought him to the attention of Sir Kerr Grant, professor of physics at the University of Adelaide, who arranged for Riddle to be employed as a laboratory assistant. He began to study science in 1913 to 1914 at the University. Between 1904 and 1914 he took numerous field trips around South Australia, primarily the Yorke Peninsula, collecting and making extensive notes on natural history and his discoveries. During later excursions he often travelled with Walter Howchin, then lecturer in geology and palaeontology at the University of Adelaide, along with his fellow students.

In 1915, Riddle enlisted in the Australian Imperial Force, serving as radiographer and physicist at Keswick Military Hospital (1916-1921). In 1921, he moved to the United States, attending Cornell University, where he taught physics (1921-27) and studied (1922). His research was focussed on spectrography, ultra-violet fluorescence, X-ray measurement and use of photography in solving scientific problems. In 1927 he started working as a Biophysicist for Hegeman Memorial Research Laboratory (1927-1930), before returning to Cornell to pursue further study in physiology and biochemistry. 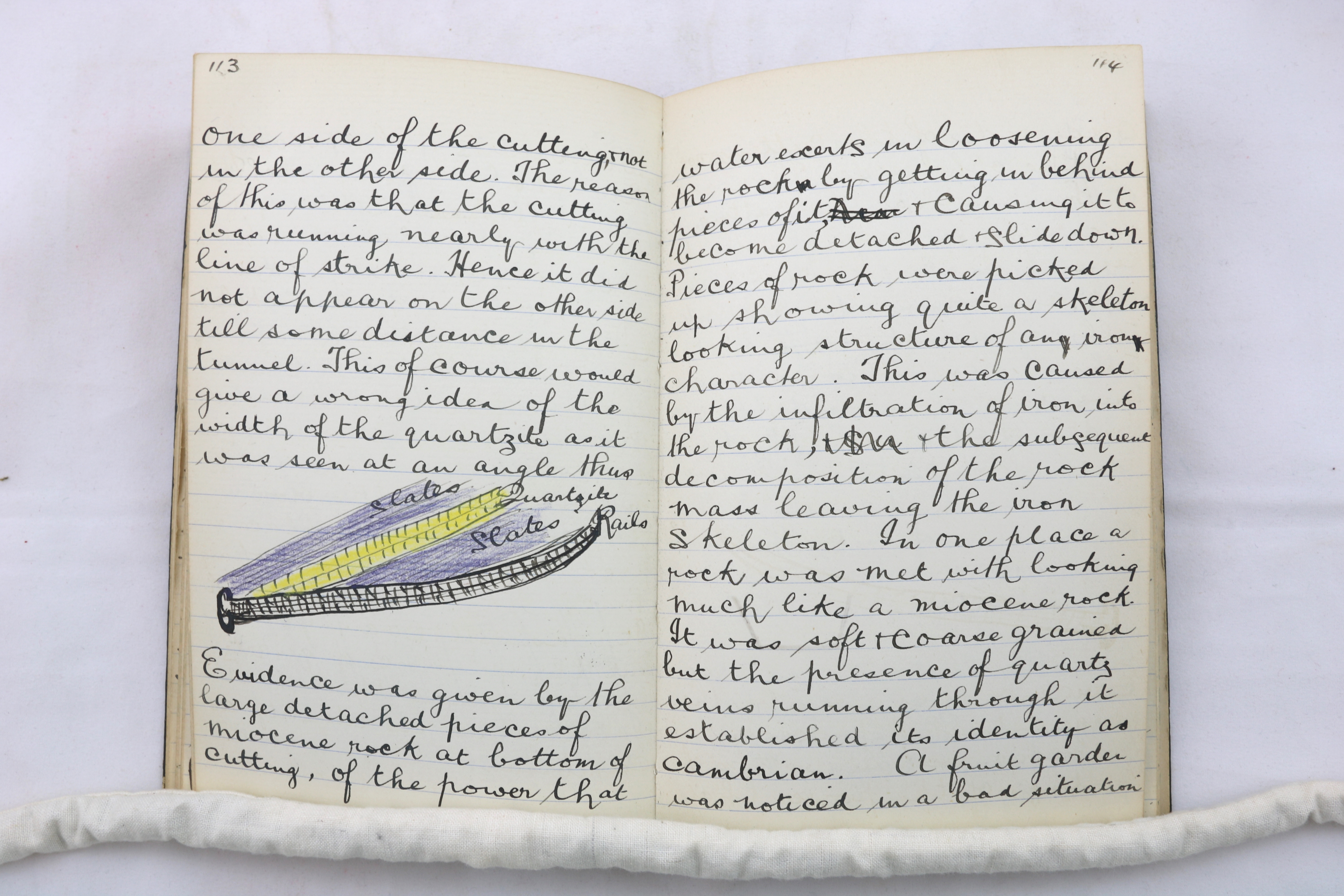 Riddle returned to Australia in 1933 and began research into meat preservation under joint appointment by Council for Scientific and Industrial Research (CSIR) and the Queensland Meat Industry Board. From 1940-1953 he was officer-in-charge of the food preservation research laboratory of CSIR near Brisbane, before retiring from research work in 1953. Riddle died in Brisbane in 1967.

His collection interests were broad, ranging from chitons to minerals and his diary shows him to be both enthusiastic and knowledgeable of his discoveries.

The boxed specimens are chitons, collected and classified by Riddle in 1920. 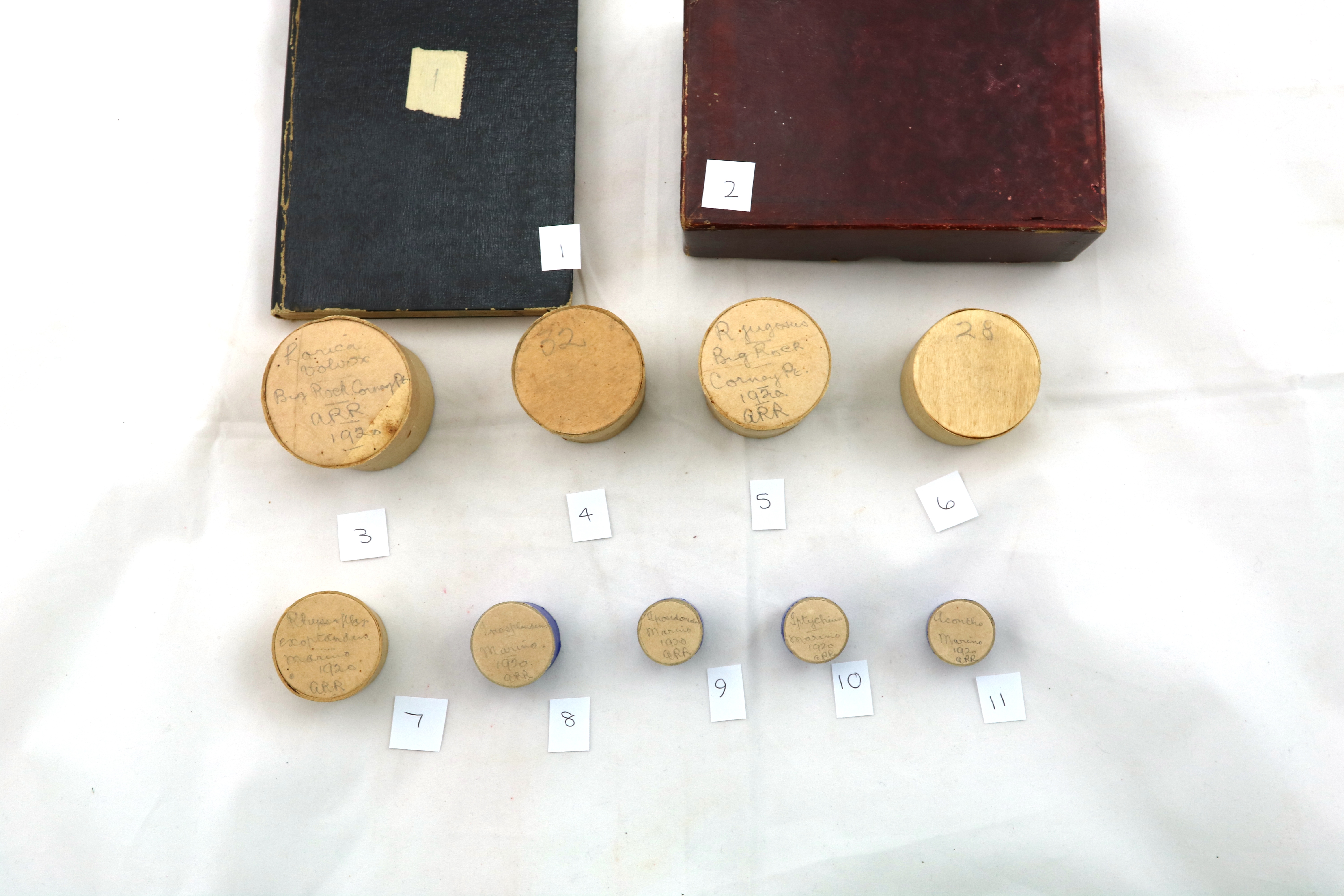 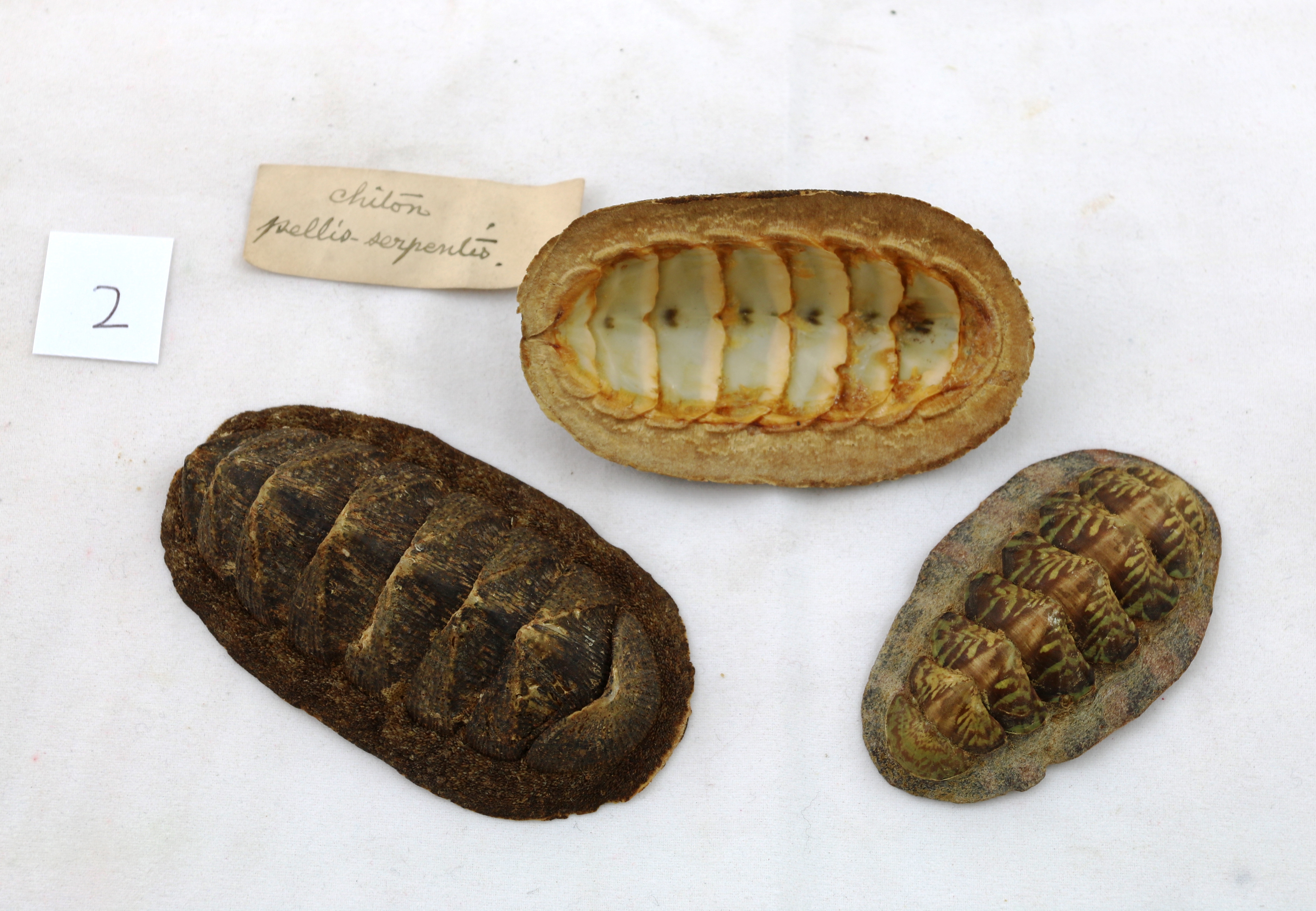