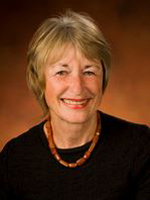 Born and educated in NSW, Barbara gained her first degree at the University of NSW (B.Sc. Hons I). Her interest in food and eating was stimulated by her study of biochemistry and, under the influence of Waverley Root (The Food of France) and Elizabeth David (French Provincial Cooking) as well as travels in Europe (particularly France), she began a career which has spanned more than thirty years. Her fascination with languages and France developed into a sympathy with the ancient languages of Mediterranean France, which in turn led to a BA (University of Minnesota) and PhD (Flinders University of South Australia). Her thesis, Two Languages, Two Cultures, Two Cuisines investigated the foods and cuisine of Mediterranean France in the fourteenth and fifteenth centuries.

France and Australia remain at the centre of Barbara's research interests. Her most recent book is Bold Palates: Australia's Gastronomic Heritage (Adelaide: Wakefield Press, 2012). This book explores the stories behind the foods, the dishes and the ways of cooking and eating that are considered distinctively Australian. This includes indigenous ingredients such as kangaroo and native currants, the now Australianised pumpkin and passionfruit, as well as the very Australian inventions of puftaloons and mango & papaw chutney. Not only a gastronomic history, it is also a history of Australia and Australians.

As a food writer Barbara Santich has contributed to numerous Australian newspapers and magazines as well as overseas publications including The Journal of Gastronomy, Petits Propos Culinaires, the New York Times and Slow (quarterly magazine of the International Slow Food Movement). She contributed extensively to the Oxford Companion to Food, edited by Alan Davidson, has presented papers at many Australian and overseas conferences, and is a regular participant at the Oxford Symposium on Food and Cookery.

Barbara is a member of the Editorial Board of Petits Propos Culinaires and, until it ceased publication in 2007, was also on the Editorial Advisory Board of Slow. She was the founding chair of the Scientific Commission for the Australian Ark of Taste (2003-2007).

In 2005 Barbara was awarded both the inaugural Faculty of Humanities and Social Sciences Award for Teaching Excellence and the University's Stephen Cole The Elder Prize for Excellence in Teaching.

Biography courtesy of The University of Adelaide staff directory
http://www.adelaide.edu.au/directory/barbara.santich

1.1   Collection of photocopied journal articles and book chapters on French culture and cuisine, particularly during the fourteenth and fifteenth centuries, written in the French language.  Some examples include:

1.2   Collection of photocopied journal articles and book chapters on French culture and cuisine, particularly during the fourteenth and fifteenth centurturies, written in the English language.  Some examples include:

One folder of handwritten research notes (mostly in English) about the history and culture of medieval Europe and occasionally related to the books and articles listed above.  Examples include:

Also includes a small (approx. A6 size) notebook of handwritten Catalan vocabulary, undated, and one photograph of a painting of a medieval supper.