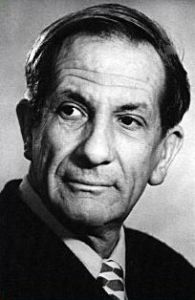 David Eric Symon was born in London and emigrated with his family to South Australia in 1922, settling on a dryland farm at Pyap, near Loxton. In 1935, after the farm became unviable due to drought and The Depression, the family moved to Adelaide and David began working at Lasscocks Nursery.

David subsequently worked for some years with the South Australian railways while also attending night classes to qualify for Roseworthy Agricultural College. He completed the diploma course with distinction before enrolling at the University of Adelaide, graduating with an Honours Degree in Agricultural Science in 1951.

He joined the Waite Agricultural Research Institute as a lecturer in the Agronomy Department before becoming a Botanist in 1957. Under his direction the herbarium expanded four-fold, largely as a result of his own extensive collecting in southern Australia. His research interests were wide-ranging, with particular emphasis on Solanaceae, Cassia/Senna, Oxalis, plants of the Simpson Desert, Trifolium subterraneum, and Rosaceae.

As curator of the Waite Arboretum, he made the radical decision not to water the trees after establishment to see which species performed well on rainfall alone. This long-term experiment has contributed to the selection of trees for Adelaide's streets, parks and gardens. On his retirement in 1985, David volunteered at the State Herbarium as an honorary research assistant and as a volunteer guide in the Arboretum.

David was responsible for many scientific publications and in 1996 was awarded a Doctor of Science by the University of Adelaide based on his published work. In 2007, in collaboration with Manfred Jusaitis, he published a highly regarded book on the Sturt Pea.

Project 361: Biological Reconnaissance Trip to Central Australia (23 May to 21 June 1953) aimed to acquaint scientific researchers with the region and to make spot collections to inspire and advise future and more specific work by students in the region. The group comprised F.H.B. Bauer (geomorphologist), P.E. Madge (entomologist), P.G. Martin (postgraduate student), G.M.M. Mayo (plant geneticist), D.E. Symon (agronomist), R.W. Jessup (Research Officer, CSIRO) and K.P. Phillips (photographer) who travelled to the Musgrave and Macdonnell Ranges areas in a Land Rover and a Dodge utility on loan from the Waite Institute, with other equipment borrowed from the Army and University departments.

These papers include correspondence, reports and photographs covering the itinerary, the physical geography and geomorphology of the region and the plants and animals collected, as well as suggestions for future expeditions. Many of the specimens were the first of their kind collected from the region.

The papers were donated in March 201 by Mrs Judith Symon.