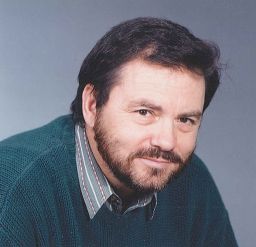 Ernie Tuck was born in Adelaide, South Australia on 1 June 1939. An undergraduate student at the University of Adelaide between 1956 and 1959, Ernie received his First Class Honours Degree in Mathematics in 1960 under the supervision of Professor Ren Potts. Influenced by Ren's interests in Operations Research and Statistics, Ernie commenced postgraduate studies, funded by a Legacy Scholarship, at the University of Cambridge in 1960. At Cambridge, Ernie's PhD supervisor, Professor Fritz Ursell, a major figure in British Applied Mathematics, encouraged him to focus his research on one of the first applications of slender-body theory to ships. Ernie's approach was revolutionary, based on the method of matched asymptotic expansions, and applied to the prediction of wave resistance of a ship moving in steady motion on the free surface.

After Cambridge, Ernie applied his knowledge of ship hydrodynamics, aerodynamics, hydraulics, bio-fluid dynamics and games theory to a number of roles in organisations such as: the Shell Oil Company, U.S. and Australian Navy Departments and the Australian Defence Science and Technology Organisation. He developed great expertise as a modeller and published more than 170 articles, the vast majority appearing in the top fluid mechanics journals.

At the University of Adelaide Ernie held positions as the Chair of Applied Mathematics, the Elder Professor of Applied Mathematics and the Dean of the Faculty of Mathematical and Computer Sciences. On his retirement from the University, he was awarded the title of Professor Emeritus. Throughout his career Ernie successfully supervised twenty five PhD and four research Masters students, many of whom have established themselves in the academic and research community.

On 11 March 2009, just short of his seventieth birthday, Ernie Tuck died from prostate cancer. He is survived by his wife Helen, whom he met at a Legacy gathering for children of military veterans, and their two children, Warren and Geoff.