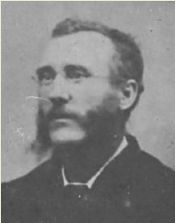 These papers were presented to the Library in June 1997 by Ian Diamond, former Archivist of the Central Archives of Fiji and the Western Pacific Hight Commission. Drummond had transcribed the manuscript when it was held in the Fiji archives and had also proposed to edit and publish the Diary as part of the Australian National University Pacific History Series. Additional copies of articles, biographical information on George William Evans and correspondence with archives was deposited by Mrs Diamond in 2004.

Other papers of Ian Diamond are held by the National Library of Australia.

Series 1
The diary and narratives of Edwin J. Turpin, 1870-ca.1894, transcribed from the original manuscript by A.I. Diamond. 1v. (typescript)

Series 2
Correspondence (principally with libraries and archives) relating to research on the Turpin Diary, with extracts from relevant papers. 1961-81. 3 manilla files.

Series 4
Article on Turpin 'Edwin James Turpin' by Ian Diamond. c1970. (typescript, plus carbon and Roneo copies), and 'The search for Edwin Turpin' by A.I. Diamond (reprinted from Transactions and proceedings of the Fiji Society of Science and  Industry,  vol. 10 (1964-5), plus copy of article with ms notes.

A photostat of a typescript extract from the diary, received with papers from H.E. Maude in 1998, has been added to this collection. Another copy of the diary (a print-out from a microfilm copy of the transcript) was (in 1989) catalogued separately for the Pacific Collection (Pacific 919.61 T957d).