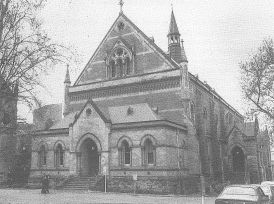 In 1886, Professor Ives established the first Australian public music examinations system, modelled on that of the Guildhall School of Music in London. This directly led to the establishment of the Australian Music Examinations Board (AMEB). In 1898, through the Elder Conservatorium, the University of Adelaide was the first in Australia to establish regulations for the degree of Doctor of Music (DMus), and in 1902, Edward Harold Davies was awarded the first Australian doctorate of music. In 1918 the University became the first in Australia to award a doctorate in Music to a woman, Ruby Davy.

The Elder Conservatorium of Music was formally constituted in 1898 as the result of a major philanthropic bequest from the will of the Scottish-Australian pastoralist, Sir Thomas Elder. An earlier philanthropic donation from Sir Thomas Elder had helped to establish the Elder Professorship of Music in 1883, with the first incumbent taking up the post in 1884. At the same time, Sir Thomas Elder had established endowment funds in parallel for the Royal College of Music in London and the Music Board of the University of Adelaide to support the Elder Overseas Scholarship (in Music). 1883 was also the year in which the privately owned and run Adelaide College of Music was jointly established by Cecil Sharp (later to become famous as collector of folk songs) and the Leipzig-trained pianist, Gottfried Immanuel Reimann. For the first few years the new school of music at the University of Adelaide (which focussed on composition and theory) and the Adelaide College of Music (which focussed on practical training in performance) complemented each other before merging in 1898.

Series 4 Music manuscripts by others

Series 5 Other
“Review of the Elder Conservatorium of Music” / University of Adelaide (June 2012.
29 p. (computer printout)