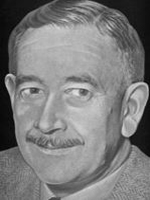 Joseph Garnett Wood was born at Mitcham, South Australia, and educated at Unley High School before progressing to the Assay Department of the School of Mines and then the University of Adelaide where, in his first year, he won the John Bagot Scholarship and Medal in Botany. His first post in the University was as a junior demonstrator in Chemistry, before transferring to the Botany Dept with the encouragement of Professor T.G.B. Osborn who needed assistance with the chemical side of his research.

Wood developed an early interest in the ecology of the arid regions of South Australia, and worked with Osborn to establish experimental plots at Koonamore Vegetation Reserve to investigate regenerating arid-zone flora in an overgrazed region.

At the age of 25, Wood was awarded an 1851 Research Scholarship and studied at Caius College, Cambridge, where he worked on photosynthesis under G. E. Briggs. He returned to Adelaide as a lecturer, and was appointed Professor in 1935 (the first native-born Professor of the subject in Australia).

Wood remained Professor at Adelaide for 25 years and played an increasing role in University administration. He also served on the Advisory Council of the C.S.I.R.O., was a member of the United Nations Educational, Scientific and Cultural Organization's advisory committee on arid-zone research, was Chairman of the Board of Standards of the Australian Journals of Scientific Research, and a Fellow of the Australian Academy of Science. In 1958 he became the first President of the Society of Plant Physiologists before dying suddenly on 8 December, 1959.

The following papers were transferred from the Department of Geology in November 2014 and 2017.

Telegram from [the Registrar, Frederick] Eardley to J.G. Wood, London, 11 July 1927, confirming Woods appointment as assistant Lecturer at the University of Adelaide

Dr Arthur Petrie graduated from Sydney University in 1925 and then moved to a junior academic position in the School of Botany at Melbourne University, during which he was also awarded an 1851 Exhibition Scholarship to study at Cambridge under G.E. Briggs from 1927 to 1929. In 1931 he was invited to become plant physiologist at the Waite Agricultural Research Institute, and he returned to Cambridge to work again with Briggs from 1936-37.

From 1927 Petrie devoted himself to the study of the growth and development of plants, and was one of the first in Australia to interpret elements of agricultural practice in terms of plant physiological processes. His precise quantitative description and research output on the complex interrelations of growth processes in plants was remarkable in quantity and quality and greatly influenced his students and colleagues. At the time of his death in 1942 at the age of 38 he was completing a study on the effect of soils and climate on Australian grown tobacco, and had completed draft chapters for a proposed book “The developmental physiology of plants.”

In 1935 Wood began collaborative work with Petrie on the nitrogen metabolism of the leaves of pasture plants. Both he and Petrie had been influenced by G. E. Briggs and they now turned towards the study of the dynamics of protein metabolism by testing plants under constant environment and comparing the amounts of various components present in an equilibrium state. Together they published five papers on this work, and after Petrie's early death in 1942, Wood compiled and published much of the work that Petrie had directed on the physiological ontogeny of the tobacco plant.

These folders contain the working calculations of experimental studies on nitrogen metabolism on the growth of plants of agricultural importance carried out by Professor Wood and Dr Petrie from 1935 until Petrie’s sudden death in 1942.

The published results of these studies are available in the collection of reprints:
[Papers on] Nitrogen metabolism / [J.G. Wood and others]; 1933-1946. Available at Rare Books & Special Collections University Collection 572.542 W8761n

Reprint: Studies on the nitrogen metabolism of plants. III. On the effect of water content on the relationship between proteins and amino-acids / A.H.K. Petrie and J.G. Wood. 1938
Ms notes, experimental data calculations, graphs, ms drafts of ‘Studies on the nitrogen metabolism of plants IV. The relation of carbohydrate content to protein synthesis’ by A.H.K. Petrie (From the Waite Agricultural Research Institute …)
Ms draft includes note: ‘This investigation has been carried out under a co-operative scheme between the University of Adelaide & the Commonwealth Council for Scientific & Industrial Research for the investigation of mineral deficiencies in pastures.’

Mainly data calculations; also letter from Petrie to Wood re possible mistake in part of the regression method.

Mainly data calculations. Also includes 4 letters from Petrie to Wood from Cambridge 1936 raising problems with data, and suggestions from Briggs re calculations and rewriting of paper

Mainly ms records of experimental data and calculations. Includes sheets ‘Steps in the conduct of an approximate analysis of variance’ and ‘Method of fitting constants in a 6 x 3 table.’