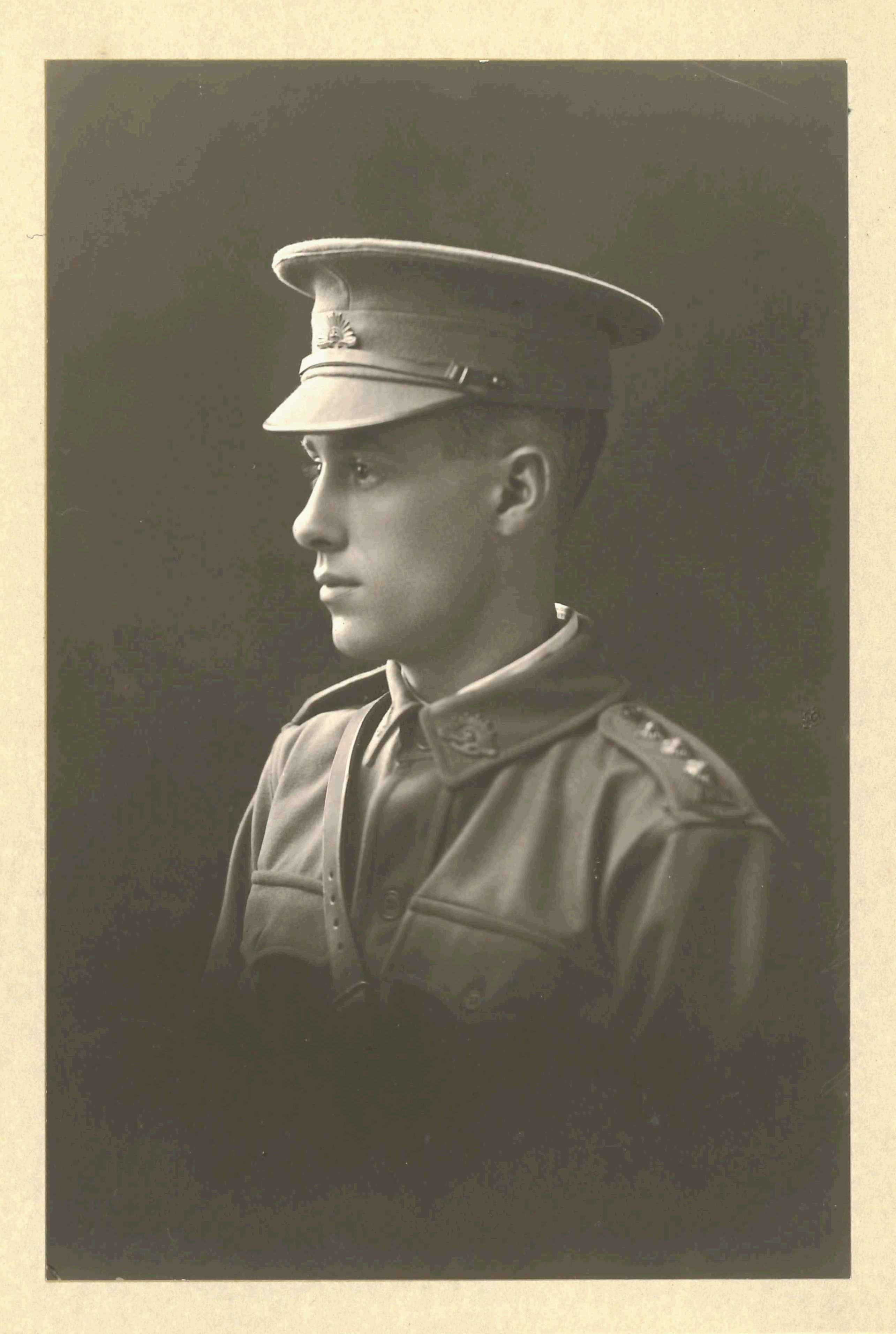 Obituary notice from the Roll of the RACP [Royal Australasian College of Physicians] and ms. Biographical drafts by Dr. J.C. Yeatman, copies of records from the Royal Adelaide Hospital, and associated correspondence

Letter from Occupation Force Hospital, Japan, 1946 to Mrs John (Betty) Yeatman, with photograph. Letter from no.1 Australian Auxiliary Hospital, Harefield, Middlesex, 4 August 1918, to his family, re illness of Digby Yeatman [with transcript and Christmas card from the hospital; newspaper cuttings 3 April 1964 and undated relating to the death of Digby Yeatman]

Notebook with ms notes for an article or lecture on pain in the upper abdomen. 1 v. undated.

Medals and awards of Capt. (later Lieutenant) C. Yeatman [Photographs only. Medals transferred in 2011 to the Keswick Military Museum at the request of the Yeatman family]

There is also additional relevant material (record of service 1914-33, certificate of membership of Royal Australasian College of Physicians) in a collection of Yeatman family certificates [929.20994 Y41c Map Cabinet].

See also: Yeatman, John D. [Diary of letters written whilst supervising a British army hospital for convalescents in Sicily during the Peninsular Wars, and sent to his brother Charles in Madeira] 1v. ms. [SR 92 Y3975d]

Certificate of registration as a medical practitioner, 1938

Certificate of Life Membership of the AMA, 1998

Appointment as an officer of the Reserve Military Forces, 1941 (IN MAP CABINET)

Correspondence and journal articles re ocular melanoma from Dr. Yeatman's involvement in the Teasdale case and subsequent appeal

Issues of the Bulletin of the National Gallery of South Australia for October 1960 and January 1966 with articles contributed by Yeatman on Goya, and letters of appreciation on termination of appointment as a member of the Art Gallery Board, November 1979

Certificate of Life Membership of the St Mark’s College Foundation, 1995 and correspondence relating to the College Appeal, 1995.

Issue of Khamseen Kronicle June 2000 with contributions by and references to Dr John Yeatman.

Typescript: "The General Practitioner and the Hospital: Separation, integration or association" by Sir Theodore Fox [1962?]

Letters and hand drawn Christmas cards from Sir Theodore Fox, F.R.C.P. (Robbie) and Margaret Fox 1970-89, together with articles by Fox 1962 and 1963, obituary notices on his death, 1989 and Dr. John Yeatman's notes on Sir Theodore and this collection of material, April 1993.

Letters received from Mr and Mrs L.J. Darby, Windsor, Vic. 9-17 December 1999, with enclosures of photographs of Elizabeth Sweeting, MBE and notification of her death on 19 November, and other obituaries (including David Dare); from various newspapers and journals.

Typescript: Letter of D[orothea] E[liza] Yeatman to Caroline Metford on her voyage to Australia, 1857 and ‘memories’ told to her daughters of early life in Australia; also excerpts from Dorothea Maria Yeatman's letters to John Digby Yeatman.  n.d. 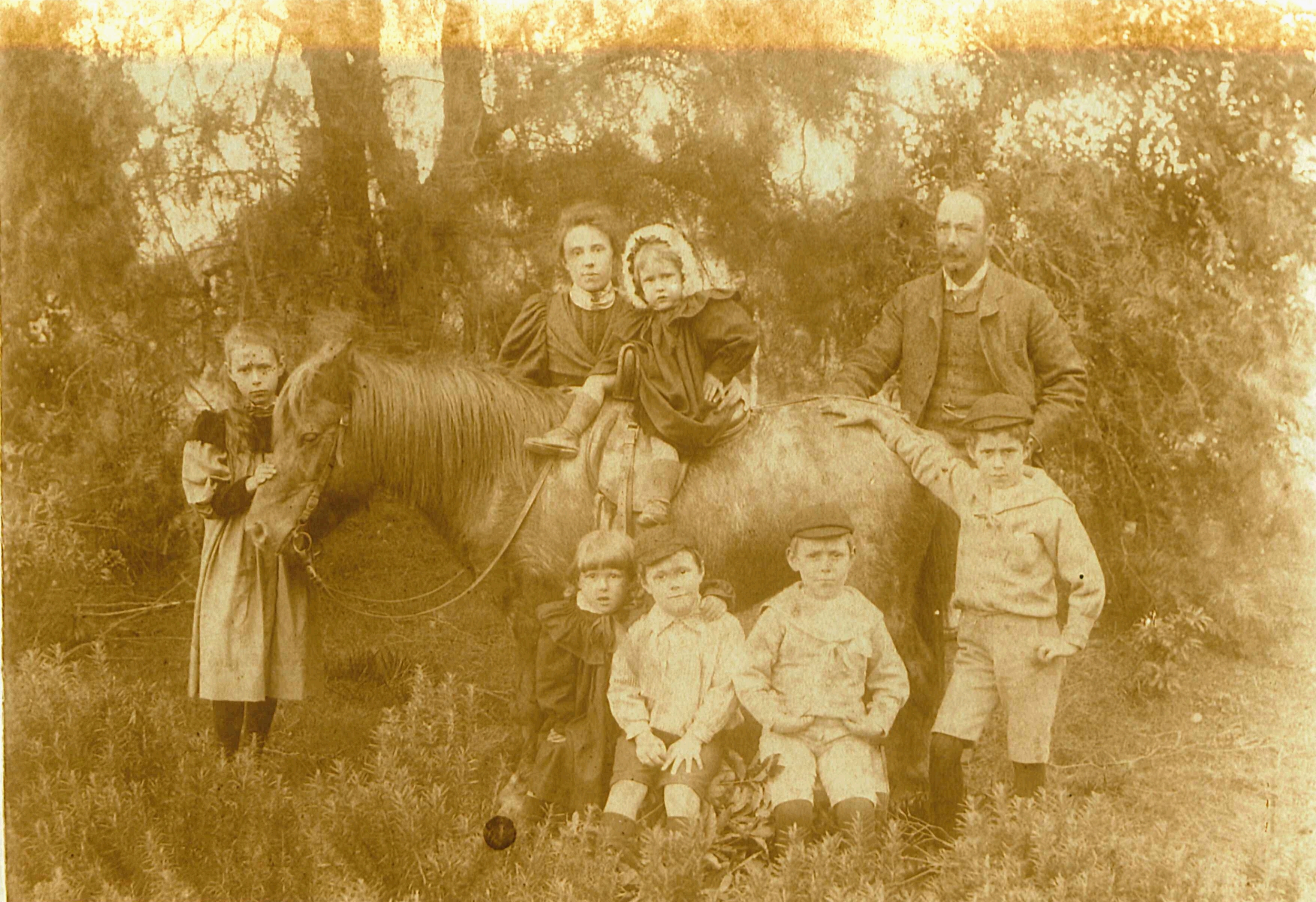 6.2. Tapes and transcripts of interviews with medical practitioners, recording their experience in General Practice between 1920 and 1980, prepared August-October 1980.  The six doctors interviewed are not named but there are named supplementary interviews with Dion Manthorpe, Gavin Beamont, and Tim Murrell on various aspects of medical training.
5 cassette tapes, transcripts.  Prepared as end of year project for Introduction to Social Structures in Sociology at Flinders University.

6.5. Declaratory Certificate of Citizenship (Elizabeth Elliot Yeatman), 24 March 1982, Commonwealth of Australia.6.6 Letter from Dr J.C. Yeatman to the Vice-Chancellor of the University of Adelaide 2003 re the non-award of the Diploma in Social Work to Elizabeth Yeatman in 1946.

6.6. Transcript of an interview with Betty Yeatman that was recorded at Family Planning in 1993 by Barbara Baird. Supplied by Prue Couch. (Copy of the original held by the J.D. Sommerville Oral History Collection at the State Library of SA)

In 1982 Elizabeth Yeatman recorded biographical interviews with the Estonian doctor, Lena Illiashevich-Willims, who worked for the Yeatmans as a domestic after her immigration to Australia in the aftermath of World War II. Mrs Yeatman had intended to include this research in her studies toward a PhD at the University of Adelaide. The interviews have been edited and published in 2018 by Lena's family as 'Lena: from Estonia to Adelaide.'  Copies are held in the Rare Book Collection and online at http://hdl.handle.net/2440/116396

Gender ascription and the conditions of its breakdown: the rationalisation of the ‘domestic’ sphere and the nineteenth-century cut of domesticity. Draft typescript, 1978

Children and coercive parental authority: towards a sociological perspective. Paper presented to the Australian Institute of Criminology seminar “Children and Family Violence”, Canberra, 26-30/11/1979

Where are children today? A sociology of child/parent relationships. Paper presented to the “National Conference: Children of Parents in Conflict” Flinders University, 19-24/8/1979

The Procreative model: the social ontological bases of the gender-kinship system. Social Analysis no. 14 (Dec. 1983)

Gender and the differentiation of social life into public and domestic domains. Social Analysis no. 15 (Aug. 1984)

The Politics of child abuse. Paper presented to Conference “The Social Context of Child Abuse”, sponsored by the SA Office of the Government Mangement Board and Dept of Premier and Cabinet 1/12/1987

Minorities and the politics of difference. Paper presented at The Future of Australian citizenship: Academy of the Social Sciences Workshop, ANU, 28-29/6/1991

Postmodernity and revisioning the political (Forthcoming: Social Analysis no. 30 1991)

Voice and representation in the politics of difference (Forthcoming: “Feminism and the Politics of Difference” ed. Gunew and Yeatman (Sydney, 1993)

Contract and personhood. Paper presented to The New Contractualism: Contracts as an Organising Principle for Public Life Conference, Griffith University 27-28/11/1995.

Who is the subject of human rights? American Behavioural Scientist 43 (9), June 2000