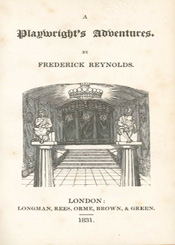 The Burden Collection consists largely of 18th century play texts, opera librettos and other print resources used by Michael Burden as research material for his published works about the stage music of Purcell, and on opera, dance and theatre in the 17th, 18th, and 19th centuries.

His publications include a catalogue of Metastasio's operas as performed in London; an edition of Le Ballet de la Nuit, with Jennifer Thorp; a biographical account of Regina Mingotti's years in London; and the five volume London Opera Observed, 1711-1844.

Michael Burden is currently Fellow in Music, Dean and Chattels Fellow at New College, and Director of New Chamber Opera and Professor in Opera Studies in the University of Oxford.

He did his undergraduate and graduate work at the University of Adelaide, and his PhD at the University of Edinburgh. He has served on the Council of the Royal Musical Association, is a patron member of the American Society for Eighteenth-century Studies, a trustee of Répertoire International des Sources Musicales (RISM), and is currently the P 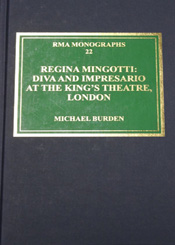 ast President of the British Society for 18th-century Studies. He is also on the editorial committees for the collected Stradella and Eccles editions, and is a member of the Project Team for Ballad Operas Online.

The collection includes early editions of John Gay's Beggar's Opera, and a compilation of print and manuscript scores from 1800-1821 as collected by Alexander Douglas Duke of Hamilton and titled ‘Music from the Grand Tour Hamilton and Brandon'.

A unique item in the collection is the 1915 manuscript vocal score of the comic opera ‘La Principessa di Sasson' by Spiro Samara, Greek composer of opera and the Olympic anthem for the first modern Olympic Games, which was purchased by Burden as a teenager on a school trip to Greece. This has been digitised at the request of the National Library of Greece.

Archival and primary source materials used for his published editions as well as other ephemeral materials donated by Michael Burden since 2006 have been collated and listed as a Manuscript collection at MSS 0168 https://www.adelaide.edu.au/library/special/mss/burden/