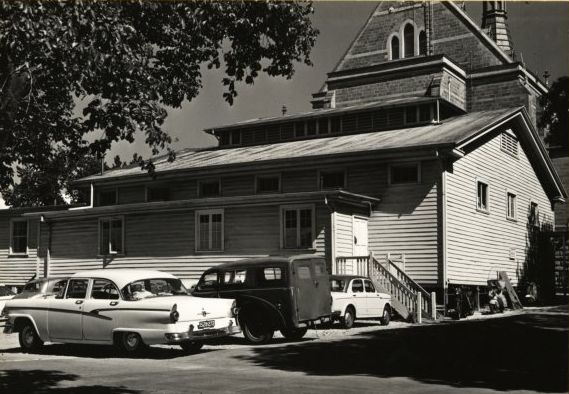 The Adelaide University Footlights Club was formed in 1930 with the declared objects of arranging an annual University Revue and to 'supervise and advance the interests of its members in dramatic pursuits'. The first revue was staged on 18 December at the Theatre Royal, replacing the traditional Varsity Concert, with further revues held annually to 1938 (at the Tivoli from 1934). Productions ceased with the start of war in 1939 but were revived in 1948, with revues held in the Tivoli that year and in 1949 and 1950.

Again there was a hiatus before a revival in 1953, with revues held in the Hut on campus, in the Studio Theatre in 1956 and from 1958 in the new Union Hall. Comic sketches and song and dance, with a strong representation by female students, featured largely in the original revues of the 1930s and in the early years of the post-war revival. The Club made a brief foray into 'straight' drama in 1959 with a production of Hamlet but otherwise concentrated on the annual revue, with stronger political and social commentary in later years.

Production was more erratic in the 1970s but in 1980 the revue They route horses, don’t they? was staged to celebrate Footlight’s jubilee. Revues continued through the 1980s, several in conjunction with the Law Students’ Society. The 1980s also saw Footlights’ comedy presentations for the Adelaide Festival and Fringe and in 1987-1988 plays of more depth with a comedy element.

In February-March 2006 and 2008 Old Footlighters’ who had participated from 1948 to 1970 presented Be your age revues for the Adelaide Fringe.

Further history of the club, focusing particularly on the period between 1953 and 1973, can be found on the Adelaide University Footlights Club website.

The minute book and papers re the 1969-72 and 1976 revues were presented to the Library in July 1981 by Matthew Goode. Additional papers, including most of the revue scripts and programs, were received in December 2003, September 2004, December 2005 and 2007 from Susan Lawrence. Programme and script for Hot Dog Revue were donated by Penny Gent in 2018. 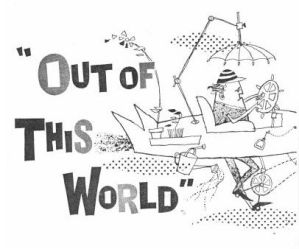 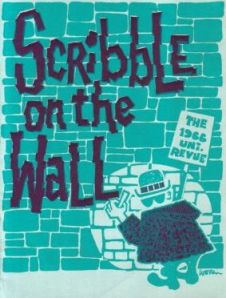 Series 6: Exhibition of history of Footlights 1930-1971
Source materials and photocopies collected and displayed for the 50th anniversary exhibition.