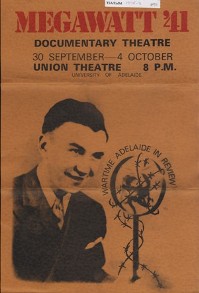 On 8 January 1941 radio stations 5KA Adelaide and 5AU Port Augusta were closed down by the Post-Master General's Department for alleged 'subversive broadcasts'. These radio bans were the culmination of a series of events involving suspected communist activities by the Jehovah's Witnesses, who were accused of transmitting coded messages to the enemy regarding ship movements.

A 1940 Intelligence report stated that the Adelaide group of Jehovah's Witnesses and the radio station 5KA had been under suspicion for some time. This led to an official enquiry into the Jehovah's Witnesses, who were banned by the federal government under the National Security Regulations, and also led to the eventual closure of the radio stations.

At the time, the Witnesses' actions were deemed particularly subversive due to their vocal opposition to military service, their politically neutral stance, and the fact that they were conscientious objectors. In 1943 the Witnesses won their High Court appeal against the Commonwealth, and were once again free to associate with each other, and their confiscated property was returned.

Thirty four years later, in 1975, Jim Vile directed the inaugural production of the University of Adelaide Department of Drama - a documentary theatre production entitled Megawatt '41. Providing a total dramatic experience for 65 first year drama students, the project involved the students in the entire process from beginning to end. Participants worked in groups to research the necessary documentary material, then sifted through and organised their findings, transposed them into dramatic form, and finally presented their production on stage.

These documents comprise the working papers of director Jim Vile, and the first year students who participated in the project. Highlights of the collection include manuscript notes, draft scripts, promotional material, and a wealth of background research papers.