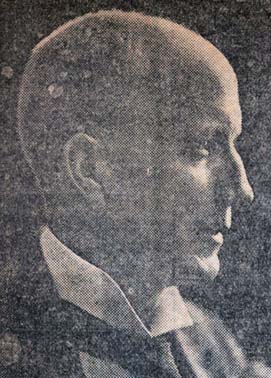 Wilfrid Roy Neill was educated at St Peter’s College. He worked for the Adelaide Steamship Co. for many years, retiring in 1946(?). He served abroad with the 1st AIF for three years (WW I or II?) during which he contracted an illness which severely impaired his health for some years. He died on 9 March 1949.

He was a founding member and sat on the Administrative Board of the Adelaide Literary Theatre (later the Adelaide Repertory Theatre) and contributed much to the development of the repertory movement, playing leading roles in many of the earlier productions. He was also a good pianist and singer and an athlete.


The Adelaide Literary Theatre / Adelaide Repertory Theatre
The Adelaide Repertory Theatre is the oldest surviving amateur theatre company in the Southern Hemisphere. From humble beginnings in piano teacher/composer Bryceson Treharne's classroom in the Elder Conservatorium, the organization now known as The Adelaide Repertory Theatre began in 1908. Treharne's students met to read and discuss plays, and to learn of the exciting European modern drama movements of the day. After six months, they decided to stage W.B. Yeats' Land of Heart’s Desire and George Bernard Shaw's A Man of Destiny in the North Hall at the Elder Conservatorium, calling their fledgling company The Adelaide Literary Theatre, a name which was to remain for six years. Interest and curiosity from most of the audience inspired the class to stage further productions. The season was a crowd pleaser and more of Adelaide's amateur players came to join the group. Residents of Adelaide, realising the value of the project, offered to pay subscriptions to see more plays.

During 1909 and the following year, performances moved between Walkerville and Unley Town Halls. Over five hundred subscribers each paid five shillings per year for two tickets to each of the year’s productions. Realising the company was in competent hands, Bryceson Treharne returned to Paris. The company prospered, and at the beginning of 1914, changed its name to The Adelaide Repertory Theatre. Every six weeks a new play was presented, but the First World War and a drought took their toll on both subscribers and players.

In 1917, an orchestra was hired to play between acts as The Rep struggled to maintain support and was trying anything to lure patrons. In 1919, Finlayson retired, for reasons of ill-health, to be replaced by South Australian born, Talbot Smith, whose tertiary education was at Cambridge University, England.

Adapted from The Adelaide Repertory Theatre’s ‘A proud history’

The Lone Hand, August 1, 1913 is available from the Universtiy of Adelaide D-Space Digital Library

The scrapbooks were donated to the Barr Smith Library by Wilfrid Neill's great-niece, Bebe Saunders, in 2012 and 2013.

The scrapbooks cover performances of the Adelaide Literary Theatre from 1908 to 1913, and the Adelaide Repertory Theatre from 1914 to 1930. Items include programmes, reviews, cuttings from newspapers and magazines such as The Lone Hand featuring photographs of performers, along with numerous newspaper cuttings and letters to the editor re the repertory theatre movement. It represents not only the history of an important Adelaide theatre group but also reflects the participation of a keen amateur actor, director and playwright in Adelaide during the early 20th century.

The scrapbooks also include additional programmes for performances by other groups, many starring and directed by Mr Neill, including:

Items of particular interest include