The Barr Smiths' Love of Books 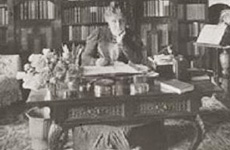 "What a house Torrens Park was for books. There was no other customer equal to the Torrens Park family. Rich men and women often buy books for themselves, and for rare old books they will give big prices; but the Barr Smiths bought books in sixes and in dozens for the joy of giving them where they would be appreciated. On my literary side Mrs. Barr Smith, a keen critic herself, fitted in with me admirably, and what I owed her in the way of books for about 10 years cannot be put on paper."

So commented the educator and novelist Catherine Spence, in her Autobiography. Both Robert and Joanna were keen readers, and Robert wrote at least once a month to James Bain, the Haymarket bookseller, ordering substantial numbers of the latest books. In 1873 they also received regularly from England the magazines the Saturday Review, The New Quarterly, The Westminster, The Fortnightly, The Contemporary, The Argosy, The Queen, and a journal on art and a children's magazine, as well as The Atlantic Monthly and McCalls Magazine (Gosse, p. xxvi, 234.) 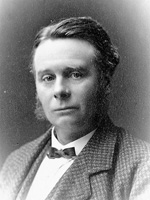 Robert had also been from 1869 a member of the Adelaide Book Society, a private circulating library founded in 1844 by two bachelors, Mr George Young and Mr John Calder, who were in need of stimulation and entertainment. At that time the only periodical available in the colony was a monthly number of Blackwood, lent out by the bookseller, Mr Platt, at 3d. a night. The members were limited to 24, elected by ballot, and the number of lady members limited to three. In 1888 the library was described as ‘a rich repast suited to every taste’, and there was keen competition for vacancies.

They read widely and particularly enjoyed the latest novels. Joanna in her letters to Robert mentions Percy White’s Mr Bailey Martin; the MacMillans Yellow Paper Series Marcella by Mrs Humphrey Ward, Crawford's Katherine Lauderdale, and ‘Mr Dickens' new novel’; The Potter's Thumb by Flora Annie Steele; Upton Sinclair’s The Jungle and The Green Carnation and Felix by Robert Hichens (a skit on Oscar Wilde), described by Joanna “rather smart writing. I think you'll be amused by it” (p. 182.) 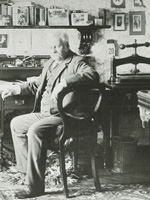 Nor was their reading confined to works of conventional morality. On May 23 1894 Joanna wrote to Robert in Rockhampton “I have unearthed another novel by Geo Moore which I shall take down [to Torrens Park] for you. I had stowed it away on the top shelf of my press to keep it out of the way for George Moore is certainly our English Zola - always dealing with the sordid and unclean, but in a very strong and striking manner. To you and me who have traversed the gamut of passion, it can do no harm and they are interesting - but I should not like the girls to read them (Mabel was thirty –three and Erlistoun twenty-six at the time!) (p. 175) George Moore’s works had been banned from circulating libraries for being too ‘realistic’.

The Barr Smiths truly loved their books. Robert and Joanna had formed unexpected close friendships with the much younger Governor of SA, Lord Hallam Tennyson, and his wife Lady Audrey. Joanna wrote to Lord Hallam in appreciation of a Book given to her granddaughter Joanna on her marriage: “oh lucky girl, a Tennyson book, which I would much rather have in my trousseau than a silver tea-set” (p. 237) 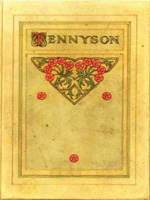 And to her husband Robert in 1861:
My dearest darling I have just received your long delightful letter & the books. How kind to send me a book, dearest Bob ... I fear I cannot get up anything like proportionate gratitude for great gifts but a book, a nosegay, will set my heart all throbbing and fill my eyes with pleasant tears.

At a time when the book budget of the University of Adelaide was around £800, Robert Barr Smith donated a very generous £9000 toward the establishment of a library. The Barr Smiths love of books was in turn passed down to their children and grandchildren – in particular their granddaughter Christine Margaret Macgregor. Upholding the tradition, in 1974 Christine bequeathed over four and a half thousand books to the Barr Smith Library, adding a wealth of special press books and many rare and fine editions to the collections.