The ‘Commonplace Book’ no. I compiled by Robert Barr Smith contains a newspaper clipping titled ‘Millionaires and their money’. Among others, John D. Rockefeller held that ‘God gave me my money, and I give it to the University. I believe in the work. It is my best investment I ever made in my life.’ Russell Sage advised that ‘Any man who has a level head, who treats his fellow-men in a civil and courteous manner, and spends his money for laudable purposes, cannot have too much money. As for me, I am constantly turning over my wealth in a way that will help others. If a man does not do that he will not be a good citizen.’ Henry Clews recognised that ‘Every man of wealth has endless demands made upon him, and by far the larger part of them may be satisfied without the public ever hearing of it.’

Each of these sentiments would have resonated with Robert Barr Smith’s philosophy of philanthropy. Apart from his gifts to The University, Robert distributed his wealth widely and without asking for recognition. 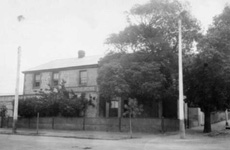 The building of St Peter’s Cathedral had lapsed in 1890 due to lack of funds. In 1900 Robert contributed £10,000 to the completion of the tower and the spires. “Typically he wanted no recognition for this and politely rejected the Bishop's request to set up a plaque on the finished building to commemorate his gift. And when later he donated three stained glass windows designed by Morris & Co. he respectfully excused himself and Joanna from attending the unveiling ceremony, which would have drawn public attention to them.” (p.232) He later gave the same church £2000 to fund the establishment of the diocese of Willochra, and donated further funds for the purchase of premises for the Walkerville Boys’ Home.

Their benefaction was not confined to the Church of England. Joanna’s close friendship with the Josephite nun St Mary MacKillop prompted their support in the running of the Mitcham women’s refuge for unmarried mothers, prostitutes and former prisoners, and for the building of the Josephite convent in Mitcham (now demolished). When Mary died in Sydney Joanna paid for her original marble tombstone in Gore Park Cemetery and later assisted with the transfer of her remains to the Memorial Chapel at North Sydney in 1914. 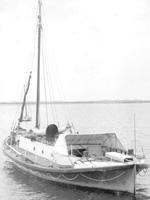 Other benefactions included £3,500 to the SA Government for a steam lifeboat for Beachport; £2300 to pay off the debt on the Trades Hall in 1908; the gift of a new residential Kindergarten Union Training College in Palmer Place, formally opened by Lady Galway in October 1915; support for South Australia to be represented at the Bisley rifle matches, and the equipment of expeditions to explore the interior of Australia and for the development of natural resources.

In 1892 (in his late 60s!) Robert had climbed to the summit of Mt Kosciusko and planted a bottle there to commemorate the feat. He later defrayed the cost of a meteorological observatory at the summit in 1897, which was unfortunately later shut down by the NSW Government.

Robert was on the Board of Governors of the Public Library, Museum and Art Gallery, and the Barr Smiths lent and gave a number of pictures to the Art Gallery. In 1890 Robert recounts the purchase in London of a huge painting ‘Descent from the Cross’ by the Viennese artist J.J. Kramer: “I did not intend to say anything about it till nearer its shipment, but I see from the annexed notice in a Society Journal, its destination has leaked out, so there is no object in silence any longer. I cannot tell whether I have been happy in the selection of a subject, or that it will please Colonial taste, but I am quite sure I have got a picture of artistic merit. I saw it repeatedly before I bought it and felt I must buy ... I hope it will arrive safely and give pleasure to many (if not all) in Adelaide. (p. 143). It remains one of the largest pictures in the Art Gallery of South Australia and is still on exhibit there. 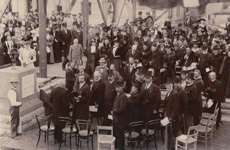 He was not always so willing to be acknowledged. The Mail in June 1912 relates his “contempt of display or anything approaching parade in public. Mr Barr Smith was a prominent figure at the ceremony in connection with the laying of the foundation stone of the new Art Gallery in Adelaide some years ago. Officials of State, prominent citizens, many dignitaries, and would-be dignitaries were there. The signal was given that the photographer was ready to snap the historic scene. All faces were instantly turned towards the photographer, all except one the face of one who preferred to look the other way.”

In further service to the State, on the declaration of the Boer War in 1899, Robert financed the total supply of horses so South Australia could send a mounted contingent to South Africa, and during World War I he gave two ambulances for the front and offered his Mitcham home, Torrens Park, as a military hospital. (p. 232, 235) 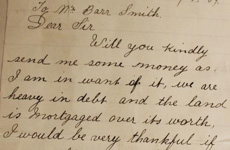 In addition, the Barr Smiths must have received thousands of begging letters. Robert was quoted as saying "You would hardly believe the number of begging letters I receive every day, but my wife receives more than I do, because she has the reputation of being more generous." (p. 256) while Joanna wrote to Robert in 1894 “The post only brought begging letters. I really think it might be worth while clearing out of Adelaide and making a home elsewhere if only to get rid of begging letters.” (p. 183)

The Barr Smiths dispensed their generosity with care and to the benefit of the poor, to widows and orphans, and to those in distress.