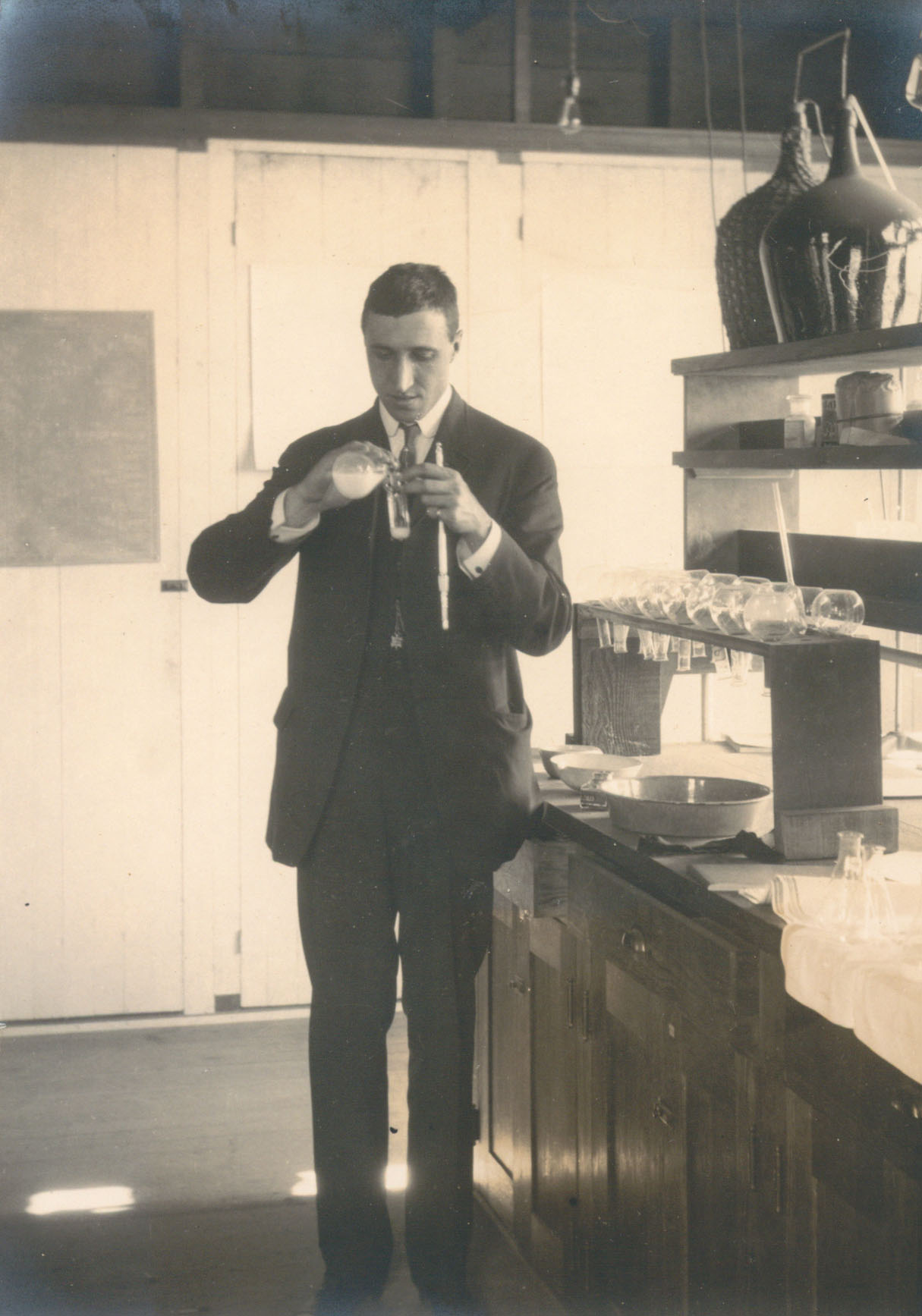 The high cost of insulin just after its discovery in 1921-2 put it out of the reach of most diabetics. Insulin was first made in the laboratories of Professor John Macleod, a colleague of Robertson’s at the University of Toronto. Robertson obtained from Macleod details of the process of manufacture and a permit to manufacture insulin in Australia.

The new Darling laboratories and the advanced Gepps Cross abattoirs which opened in 1913 provided first class facilities. Insulin is manufactured from the pancreases of animals. Robertson found that the digestive juices of newly slaughtered animals destroyed most of the precious insulin before it could be extracted. For a time Robertson’s honours students acted as couriers to race the pancreases to the University, including the Vice-Chancellor’s son, Mark Mitchell, who was one of the few undergraduates to own a car. Robertson’s honours students also contributed many hours of their time to refine the manufacture of insulin.

The abattoirs veterinarian, T.A. Burrage, suggested snap-freezing the pancreases which minimised the loss of insulin. In the 18 months that the University was the sole supplier of insulin, the slaughterman gave up their free time to freeze the trays of pancreases knowing that hundreds of lives depended on them.

The first Australian to be clinically treated with insulin was the gravely ill 9-year old diabetic, Dawson Hanna on January 7, 1923. For the first few weeks Robertson and his students could barely make enough insulin to treat this child. On January 31st they treated their first adult patient, the very weak Mr Clifford Harry Cornish who would live to the age of 61.

The Commonwealth Serum Laboratories were able to take over production of insulin in April 1924, and were able to dramatically improve their yield of production due to Robertson’s generous sharing of his Adelaide results.

By then Professor Robertson’s team had reduced the cost of a dose of insulin to nearly 1,000th of the original, had produced more than 40,000 doses, saved several lives and improved the quality of life for many others.

Adapted from “Insulin: how Adelaide gave it to the world” by John Tregenza, The Advertiser July 14, 1990.

1. ‘Mop and bucket swept Frances into history’ The Advertiser 21/7/1989
2. Letter from the Director of Laboratories Division, Dept. Of Health, Commonwealth of Australia 7 April 1924
3. Letter from Robertson to the University Council. 11 December 1923
4. Minutes of the Medical Sciences Club 20th meeting. 6 October 1922