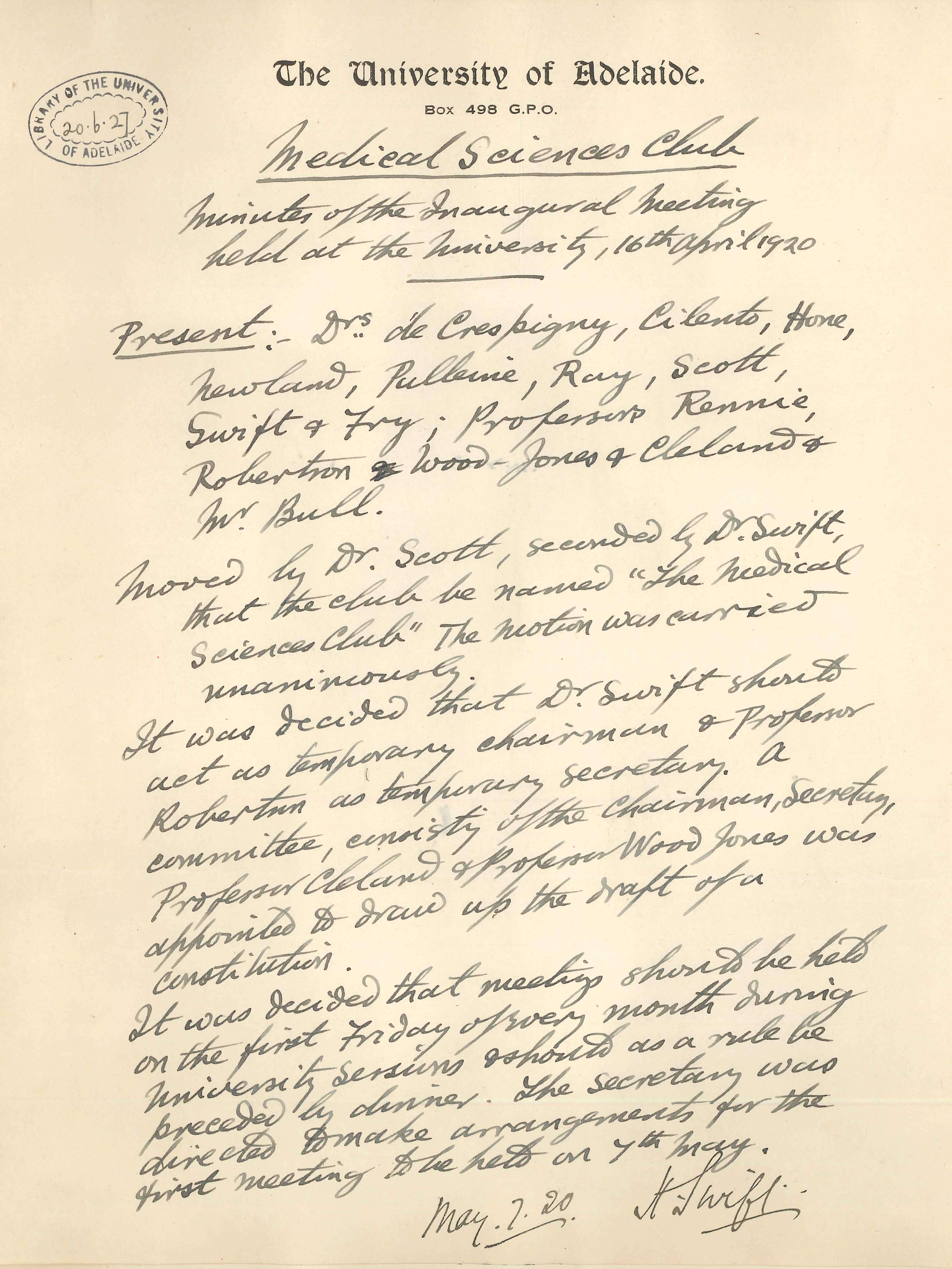 Relations between practicing physicians and scientific researchers were not always harmonious, as evidenced in the criticism Robertson received from some of the medical establishment regarding his teaching of physiology.

Robertson was however untiring in his attempts to reconcile the point of view of the clinician with that of the laboratory worker, and with Professors Cleland and Wood Jones proposed the foundation of The Medical Sciences Club as a common meeting ground where work in progress could be informally presented and discussed and opinions exchanged. As Robertson was not a medical man, the local meetings of the British Medical Association were not open to him, and the Royal Society of SA dealt more with natural science.

Robertson was appointed as secretary at the inaugural meeting and the minutes of the early meetings are in his handwriting.

The Australian Journal of Experimental Biology and Medical Science was founded in 1924 by the Medical Sciences Club of Adelaide for the timely publishing of the results of original work in sciences ancillary to medicine. The pioneering work necessary for the establishment of the Journal was done mainly by the late Professor T. Brailsford Robertson. In association with Sir John Cleland, he was Managing Editor from its inception until his death in 1930. In 1926 the University of Adelaide made available the income from the Sir Joseph Verco bequest for the publication and assumed responsibility for the Journal.

A uniquely Australian publication, the Journal had a reasonably large world-wide circulation and published papers reporting results of original research or concepts in the fields of Biochemistry, Biology, Genetics, Immunology, Microbiology, Parasitology, Pathology, Pharmacology, Physiology and Virology. It did much to advance Australian biological research.

After Robertson’s death, a volume of scientific papers by his former colleagues and pupils was published as a special ‘Robertson Memorial Volume’ of the Journal (vol. IX, 1932).