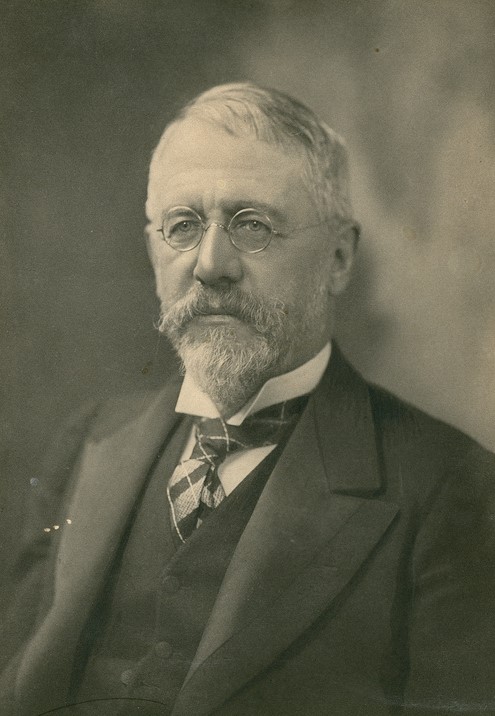 Sir Samuel James Way was one of the most powerful citizens in colonial South Australia. He served as Supreme Court Judge, Chief Justice, Acting Governor and Lieutenant Governor, University Vice-Chancellor and Chancellor. Way devoted his life to public service.

By all accounts he was intelligent, energetic, ambitious and practical. Way seized opportunities that furthered his law career, a vocation which would have been impossible had he stayed in England. Yet he worked hard, paying for his own apprenticeship and often foregoing leisure time when hearing a complex case. Way’s lack of academic qualifications drew criticism from detractors, but he did not allow this to detract him from his rapid ascension.

His working methods and employment of capable managers and partners allowed him time to serve in numerous public and philanthropic positions, ranging from the founding of the Adelaide Children’s Hospital to the Adelaide Society of Artists. His strong Bible Christian principles steered a compassionate approach to the destitute, delinquent boys and unwed mothers. As Grand Master, he applied the Freemason principle of treating people as equals, welcoming fellow Bible Christians, Catholics, explorers, social reformers such as Catherine Helen Spence, and Aboriginal friends to his house and to dine at his table, along with the elite of Adelaide society and overseas visitors. He enjoyed a large and influential circle of friends from all stations in life, maintained through constant letter-writing.

He was devoted to his close family, married his beloved Kitty late in life, and treated her children as his own. And yet it has now been confirmed that he had a secret relationship with Susannah Gooding, the Tasmanian daughter of convict heritage, for over 20 years, and fathered five children whom he supported and provided excellent education. He also ‘adopted’ Susannah’s two children from a previous relationship.

His accumulation of art, art objects, plants, books and property were more a result of intellectual zeal and curiosity rather than a show of status or accumulated wealth. The bequest of his collections to the Art Gallery of SA, the Supreme Court and the University, and his philanthropic bequests have proved a lasting legacy to the state.

This story was built from an exhibition held in 2016 for South Australia's History Festival. The exhibition featured contributions from the Art Gallery of SA, the Courts Administration Authority, the Freemasons Grand Lodge of SA & NT, University Archives and University Collections.

1. Quote from History of Adelaide and Vicinity by J.J. Pascoe (Adelaide, 1901)