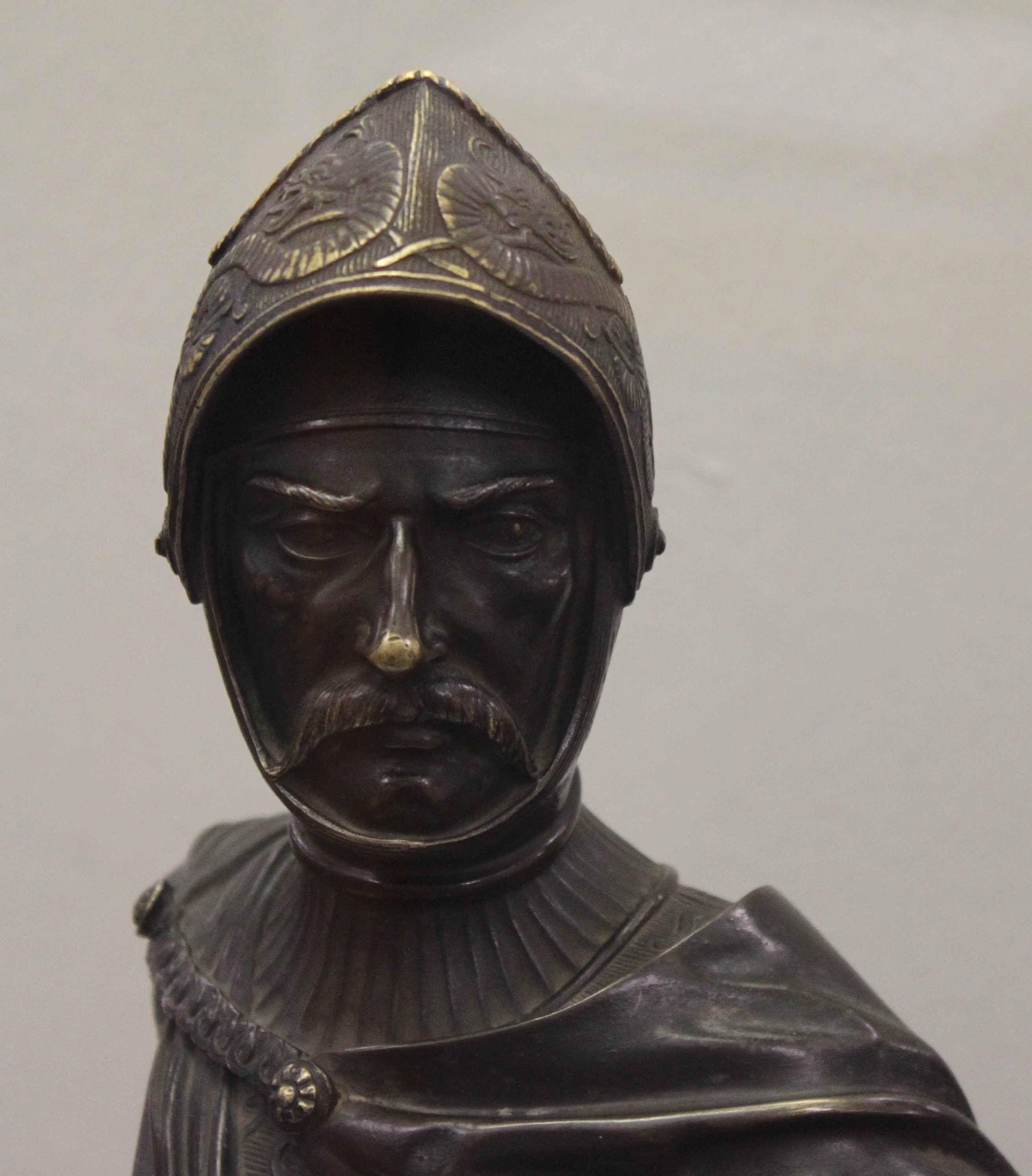 Why did Way collect? His increased wealth allowed him to indulge his interests and his passions. His intellect and high level of energy spurred his curiosity regarding many areas of art and culture, horticulture and agricultural production, and ethnologic items. He was a true Victorian gentleman with a corresponding zeal for collecting.

Way took much pleasure in his house and garden. He filled his home with art works, china, bronzes, silver and other objects, along with the furniture to display his collections. His art collection included the many art objects rapidly purchased during his few days in Japan, and works from China, India, Tibet and Iran. These were intermixed with contemporary British and European ceramics and glass, and a large number of British and Australian paintings and prints. His garden was packed full of rare and common plants, ferns, orchids and native and introduced birds.

He compiled one of, if not the best, private libraries in Australia. He was not so interested in fiction or popular works, but widely collected ‘specimens’ of books –discovery and exploration, narratives of women travellers, works on religion, politics, legal texts, essays, art and art theory and poetry. He also collected and cultivated friends and acquaintances who would further aid his acquisition of books. This was the library of technical competence rather than of an aesthete – but a collection of high monetary value and diverse interests. Given Way’s hectic schedule, it is highly unlikely he had much leisure time to read.

Way’s collections were often interesting rather than the best quality or in the best taste. His enthusiasm in collecting was also perhaps underlain with a desire to leave a legacy, to promote the public good. He left nearly 1,000 works to the Art Gallery of SA, his collection of law books to the Supreme Court Library, and the rest of his books to the University of Adelaide which he served as Vice-Chancellor and Chancellor for over 30 years.

‘The largest and best private library in Australia’

In 1916 the University of Adelaide Library received its largest single contribution of books through the bequest of Sir Samuel Way. The University Council selected some 16,400 volumes from Way’s libraries at his North Adelaide home and his Supreme Court office - increasing the Library’s total collection by more than 60%.

It remains our largest single bequest of books and forms a substantial portion of the current Rare Book Collection. Way’s gift made a considerable impact, particularly in Australiana – a poor area in the early Library as the Library Committee had made a conscious decision not to buy works already held by the Public Library. At the time of the bequest the collection was valued at £3,000 with a replacement value of £8,000 – many single works of the bequest are today of course worth many times that sum.

From his Baptist minister father, Way inherited an appreciation of education and a love of reading. As a young man Way worked hard and applied himself to advancing his legal career, but evidence from his letterbooks suggests that he began collecting books from the age of 20 through prudent purchase and the help of friends, such as his law partner James Brook who purchased books for Way from the Great Exhibition in London. By 1872 he had amassed a library he described as “of more magnitude than my shelves will hold, my purse afford, or my leisure oblige” and a collection which has been said to have been the largest and best private library in Australia. 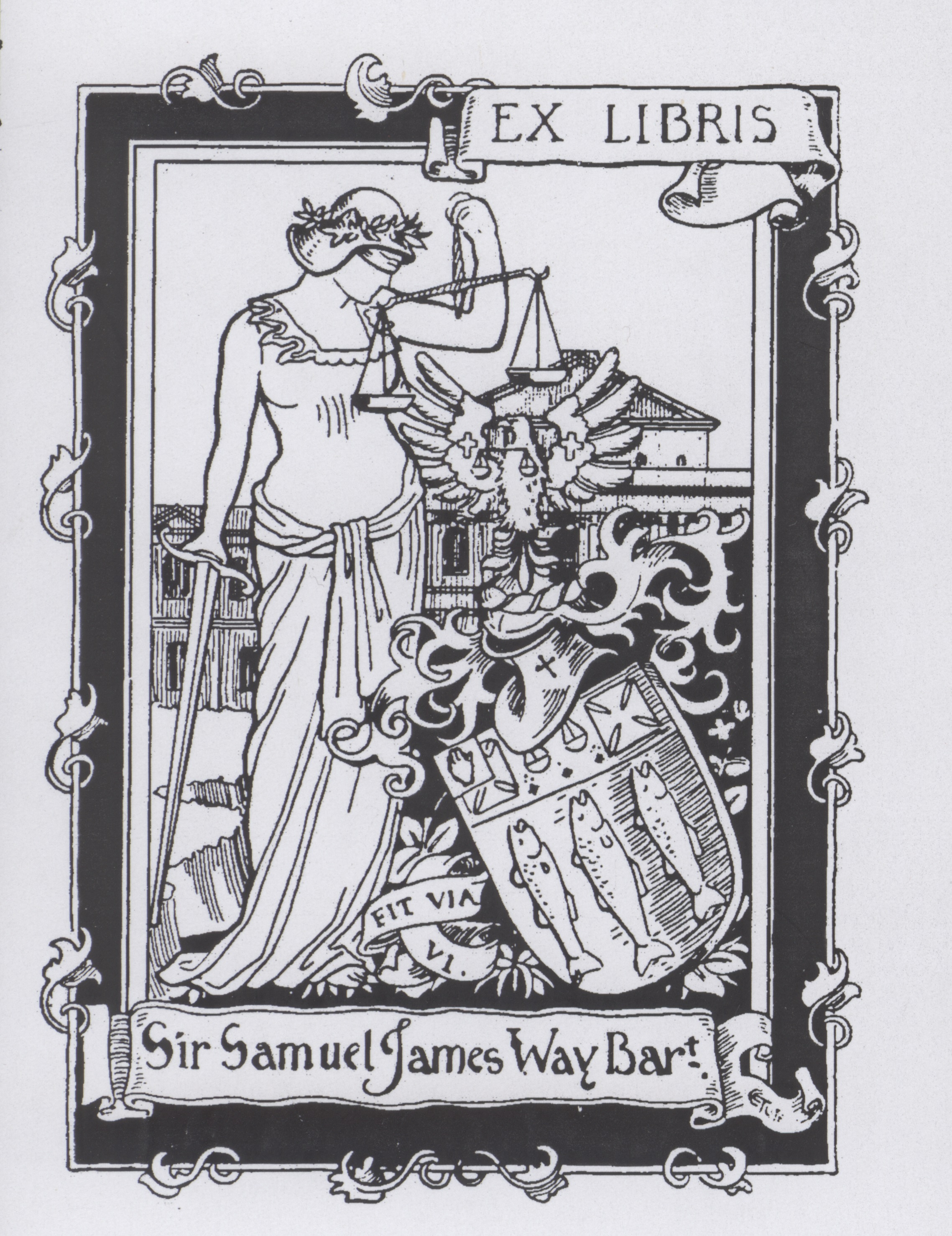 Way only rarely signed his books, but almost always affixed a bookplate to the front pastedown, and often pasted in relevant press cuttings on the front endpapers. He had three bookplates: the first a simple crest with the legend Samuel James Way, and the second an armorial plate with the motto Fit vie vi and the legend Chief Justice Way.

The third and most recognisable bookplate was introduced after his elevation to the baronetcy, with the legend Ex Libris Sir Samuel James Way, Bart. It bears his coat of arms featuring three salmon working their way upstream against the current (struggling against all obstacles towards success.) And Way’s motto Fit via vi – loosely translated as

The Bibliographer, the Embezzler and the Book Collector

Way’s best and most prized bibliographic material (particularly in the area of Australian exploration and discovery) was cultivated not through his own enterprise, but with the assistance of the man who has been called Australia’s foremost bibliographer, E.A. Petherick. Petherick’s own collection was to form the basis of the National Library's Australiana collection and he also compiled the York Gate Library of the Royal Geographical Society of SA.

In 1895 Way made his most important single purchase - the ready-made collection of Matthias Larkin, a Melbourne auctioneer, real estate agent and financial dealer, which was put up for sale after Larkin's 'reversal of fortunes' when he was sentenced to six year’s imprisonment for 'financial malefactions' in March 1892, in fact for embezzling nearly £100,000 from the South Melbourne Permanent Building Society

Larkin had been a self-made man. The son of a dairy farmer and apprentice saddler, he was invited at the age of 24 to be the secretary of the newly formed South Melbourne Building Society. He was a trusted businessman, member of the local council, and at 28 the youngest magistrate in Victoria. His collection, compiled by Petherick, was a finely bound and distinguished private library, intended to grace a Victorian gentleman’s Albert Park mansion. 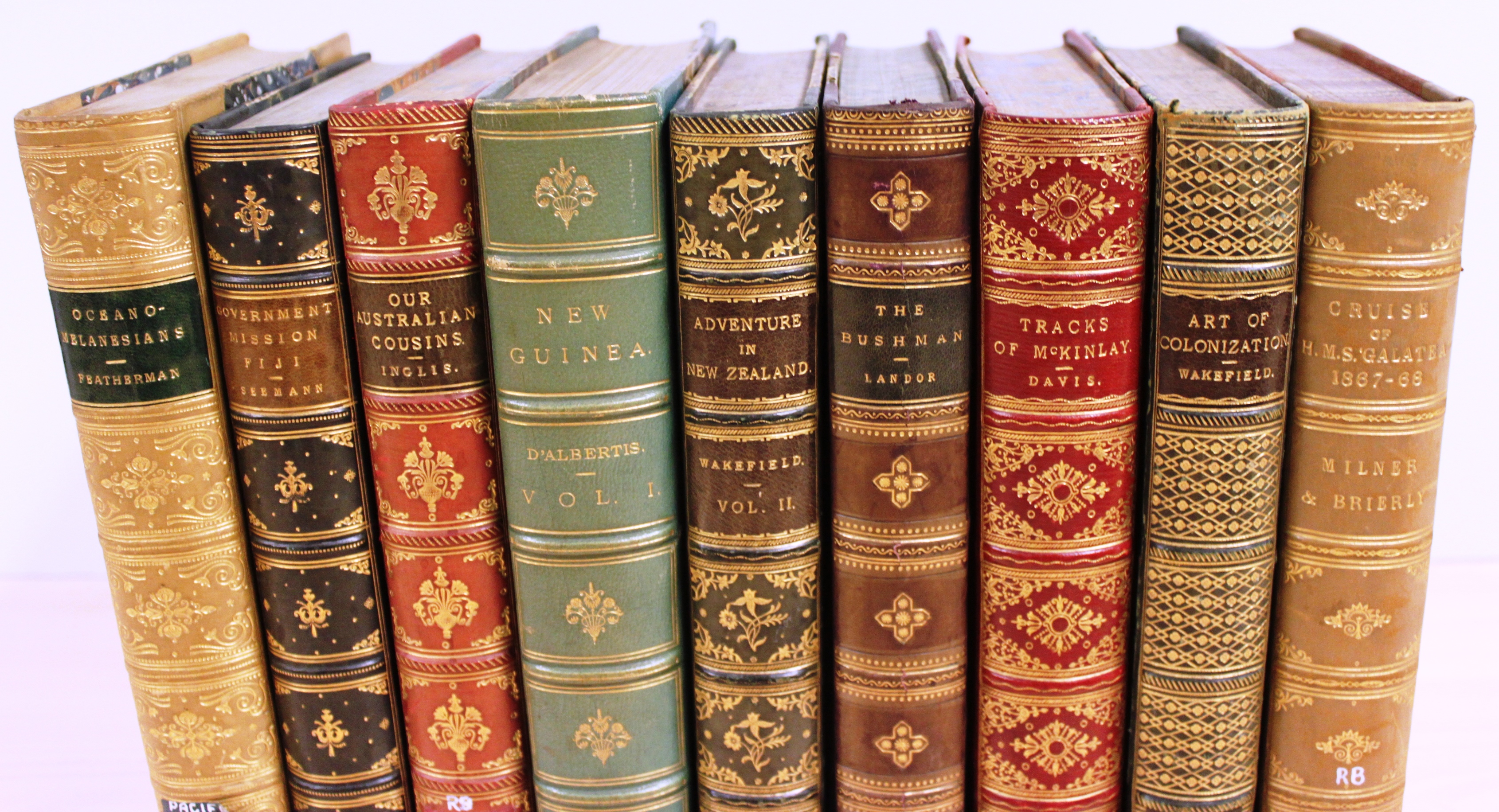 Way paid £500 to £600 for the Larkin library of 600 volumes which he described as containing works 'many very valuable and specially bound in sets'.

Way’s receipt of the collection as recorded in his diaries and letterbooks however lacked the book-collector’s zeal evident in his early days of book buying or in his favoured collecting areas. There are only oblique references to receiving and arranging the “books from Melbourne” in 1896. He may have all along intended the purchase for his beloved University, and he certainly made his intentions to bequeath the books to the University Library as early as 1903, or perhaps acquiring a ready-made collection was not as exciting as building his own.

On New Year’s day in 1891, the then Lieutenant Governor of SA Samuel Way set sail on the Austral on a 13-month journey around the world, principally to receive an honorary degree from Oxford and to attend the Methodist Ecumenical Conference in Washington.

He travelled through Europe via India, Egypt, Palestine, Turkey and Lebanon, then through the United States, before boarding the Canadian Royal mail steamer Empress of Japan at Victoria, British Columbia, and arriving in Yokohama on 2 December 1891.

Way was unfortunately struck down with a serious viral infection and was confined to bed in the Grand Hotel under treatment from his brother, the Adelaide Hospital surgeon Dr Edward Way. Edward had already planned to meet Samuel in Yokohama as part of his cruise on the yacht Saidee, owned by the railway magnate C.G. Millar.

It was not until 6 January that Way was well enough to catch the train with his brother to Tokyo where he shopped for curios including ivory netsuke, plants for his Montefiore garden and silks. Way made up for his time lost by illness and used every spare minute in shopping as he continued his travels to Kobe and Osaka with his brother and cousin, the Reverend H.W. Horwill, and spent two days in Kyoto where he enthusiastically shopped for curios and silks. Way bought in Japan ivory, pottery, cloisonné, silk textiles and screens, metalware, an Ainu wood carving, lacquer, tables, plants and books.

He departed for Australia on 15 January on the Ancona, heading via Hong Kong, Macao, Port Darwin, Brisbane, Sydney and Melbourne, arriving back in Adelaide in February 1892 after being away for 13 months.

Way had first become acquainted with Japanese art through the visit to the officers of the Japanese corvette 'Ryujo’ in Adelaide, and had before his trip amassed a considerable collection through local purchases, probably at the Japanese village during the Jubilee Exhibition, and auctions and exhibitions in Adelaide, Melbourne and Sydney.

When Way died in 1916, the National Art Gallery of SA selected about 850 art works and curios from his house and the rest was sent to auction. Approximately 250 of these were Japanese. These included mainly decorative arts -  ceramics, bronzes, armour, cloisonné, intricate ivory carvings of everyday subjects, mythological and historical subjects, and netsuke and okimono - reflecting the 19th century taste for exotica, but no prints, paintings or painted screens.

Paraphrased and adapted with thanks from Jennifer Harris, The formation of the Japanese Art Collection at the Art Gallery of South Australia 1904-1940: tangible evidence of Bunmei Kaika. Thesis (Ph.D.) - University of Adelaide, School of History & Politics, 2012.