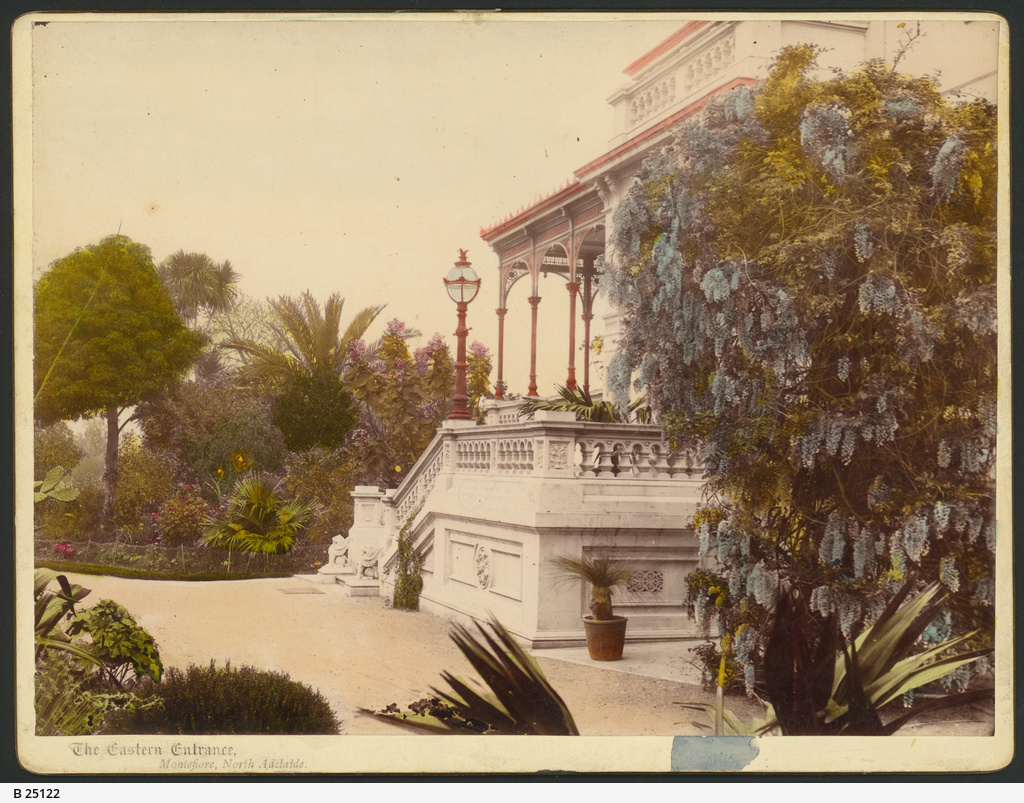 In 1872 Way bought his North Adelaide mansion Montefiore for £2,500 from Alfred Reynell. He would live there for the rest of his life and it became one of the best-known homes in Adelaide. The house consisted of a half-underground floor, a higher ground floor and an upper storey of bedrooms. Way made considerable additions, including a large dining room and library with bedrooms above.

The name is Italian for ‘mount of flowers’, taken from the name of the hill named by Light after John Jacob Montefiore, one of the original South Australian Commissioners.

The house was filled with Way’s collections of books, china and bronzes, all on display in the contemporary taste – and the ornate furniture of the time, much of it influenced by the Arts and Crafts Movement. However Way cared little for improving the kitchens or the domestic conveniences, despite the urging of Mrs Way.

He kept a carriage and pair of horses at Montefiore and took great pleasure in travelling to and from his North Terrace chambers. He did not like automobiles, and never sold off any of his horses but, as faithful old servants, when they could no longer work retired them to one of his properties.

Today Montefiore is occupied by Aquinas College, the Catholic residential college affiliated with the University of Adelaide – but with the upper storey removed.

Way was a generous and sociable host - at times entertaining up to 30 guests for breakfast at his impressive home ‘Montefiore’ in North Adelaide. His guests included many overseas visitors who stayed with Way and mentioned him in their writings, such as the social reformer Beatrice Webb and the travel writer Lady Annie Brassey. He considered it his public duty to entertain guests from political, academic, dramatic and musical circles – and to enhance Adelaide’s reputation interstate and overseas as a cultural centre.

A.J. Hannan describes Way’s talent for hospitality in his biography:

“There is a kind of hospitality, lavish and generous in its way, which is possible to anyone who can afford to spend freely, but probably few hosts have ever cultivated hospitality into a fine art to such a degree as Way did … he thought that no detail was too insignificant to be attended to, if only the comfort and pleasure of the guest might be enhanced thereby. Whether the guest were prince or preacher, he would be given an opportunity of meeting round his host’s table the very people he would most like to meet, and during the guest’s stay in Adelaide his path would be smoothed to see (often in the company of his host himself, in spite of his scanty leisure) just the very institutions and features of Australian life that would be of greatest interest to him.” 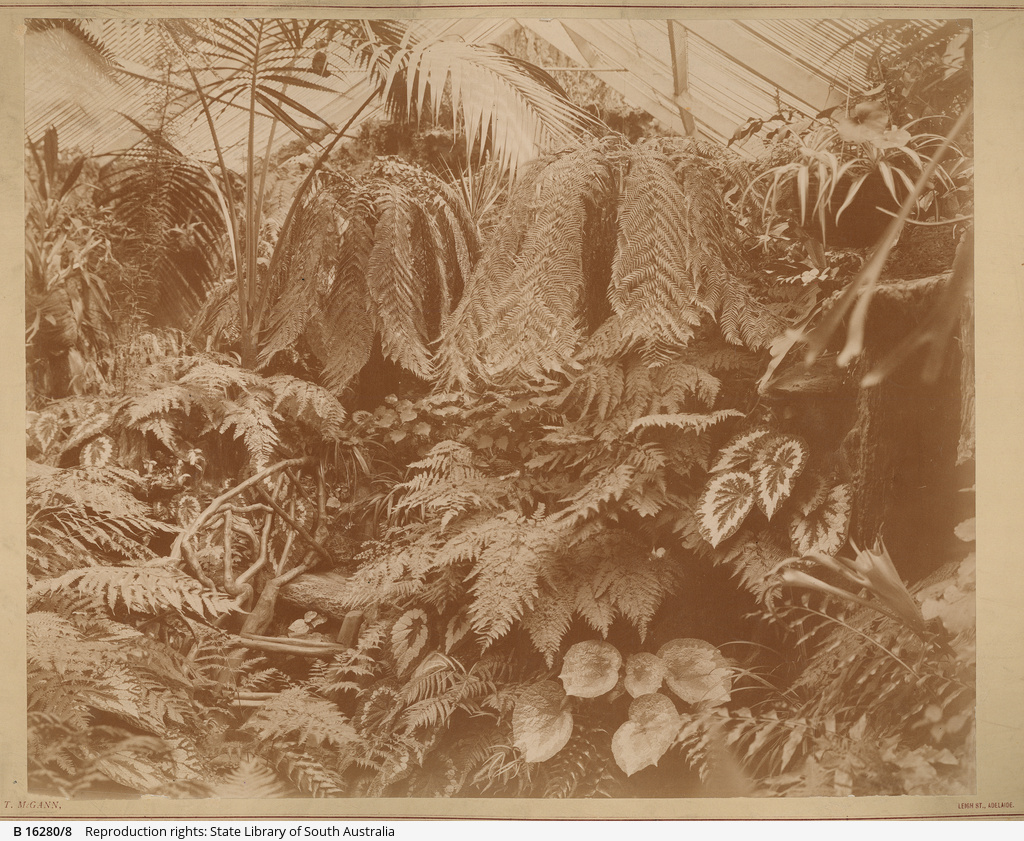 Way’s garden at Montefiore, his house in North Adelaide, was described in a pair of articles in published in The Australian Gardener in 1902 as the “happiest blend of the ancient and the modern.” His garden and orchid house, under the ‘master hand’ of Mr David Cole, Way’s head gardener, contained an enormous mass and variety of plants.

“From whatever point taken the effect is distinctive and good. The variation of foliage and colouring is always striking and pleasing. Not a foot of space is wasted.”

The writer’s most enthusiastic praise was however reserved for the “delightfully picturesque” fernery containing “an imitative picture of nature in her most fascinating beauty” which included a rockery, a winding way of steps leading on to a rustic bridge crossing at an angle a miniature ravine, a rippling waterfall, and stepping stones descending to a grotto with stalactites and stalagmites constructed of waterworm limestone from the River Murray – all in a space of a mere 35x15 ft.

Way also kept on his grounds extensive aviaries of native and exotic birds and a colony of grey wallabies, and he would walk the grounds daily with his favourite little dogs - Monte, Lassie and Frills.

Way had collected many bronze urns and glazed porcelain on his travels which he incorporated into the garden, which displayed a true Victorian collector’s zeal to amass, integrate and exploit new discoveries and phenomena.

He also encouraged improvements in the planting of the surrounding parks, which were much neglected.

When he first arrived in Adelaide, Way considered taking up farming and he stayed at the Noarlunga farm of the Looneys, some Bible Christian friends of his father, to see if he was suited to that life. Way must have impressed his hosts as they offered him a section of the land if he stayed in South Australia. Way accepted and named the property Sea View. He used it as a holiday country property for all of his life, and spent his ‘honeymoon’ there.

Way built a comfortable country house, extending what was originally a two-roomed cottage with kitchen. He loved Sea View, and planted many trees including groves of firs and olives on the hilltops, and oaks, elms and vines in the hollows. The Onkaparinga River ran through a deep picturesque gully to the north of the house, and to the south were fine views of Aldinga Bay.

The property comprised 4,000 acres which Way maintained as part freehold, part leased and part selected. The land carried some 600 sheep, a few horses and cattle, and a few acres under crops. 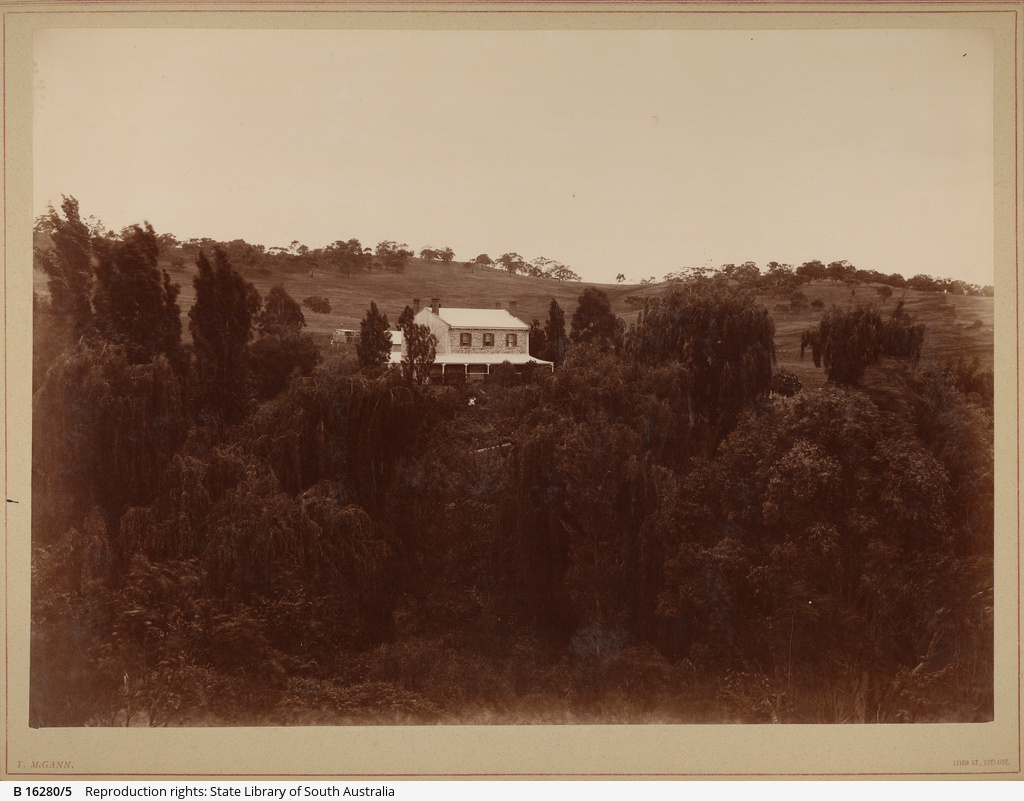 Kadlunga was Way’s second country property, situated near Mintaro, and bought just after he became Chief Justice. The name means ‘a place of water or springs.’ He installed F.H. Weston as manager, and carried on a successful pastoral enterprise for many years. In 1889 he was the first to introduce an improved breed of Shropshire sheep into Australia, which later became profitable in the frozen-meat export trade. He was delighted when a great pastoralist greeted him in Sydney not as the Chief Justice, but as 'the breeder of Shropshires.’

He took great pride in Kadlunga, and planted an avenue of trees over a mile in length leading to the house. The grounds were planted with plantations of wattles, with vines, orange trees, English fruit trees and willows in the garden.

The property also included the Mintaro Slate Quarry, which Way considered ‘the best flag-stone quarry in Australia, if not in the world.’

Images courtesy of the State Library of South Australia