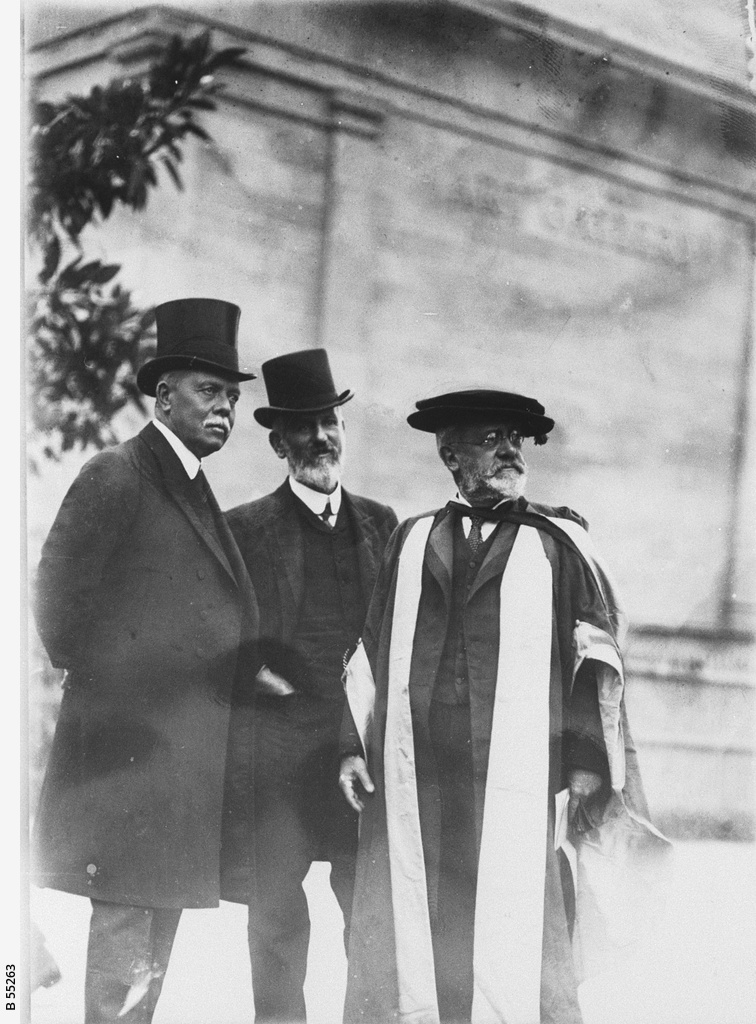 Hannan wrote of Way’s time as Chancellor that he “[s]howed a keen practical interest in University affairs. He presided over the meetings of the Council with great dignity and tact, and his knowledge of the law and of practical affairs, and his influence with the Government, were of the greatest assistance to the University”.

In the late 19th century Way had guided the young University’s expansion, including the establishment of a Medical School, a Faculty of Law, and the Conservatorium of Music, all of which were secured by the tens of thousands of pounds bequeathed by Sir Thomas Elder.

Despite his growing workload as Chief Justice following Federation – a development which Dr John Emerson suggests Way regarded with ambivalence - Way continued in the first years of the new century to advocate for the University.

As the University celebrated its 30th anniversary Way was instrumental in emphasising to the State Government the importance of the University to the State and the requirement of sufficient ongoing funding. This eventually led to a Royal Commission on Education, the fruits of which were largely apparent only after Way’s passing.

Along with his advocacy for untied capital funding for the University, Way was interested in and supportive of the work of many of the institution’s scholars. Correspondence with William Bragg and Douglas Mawson for example reveal an engagement with the work of both. Way was especially intrigued by Mawson’s involvement in Antarctic exploration, helping to raise funds and resources for the 1911 Australasian Antarctic Expedition.

During 1914 Way suffered the dual blow of the loss of his wife Katherine and his own diagnosis with an aggressive form of cancer. Way endured these with typical stoicism and remained as active as possible in judicial and University affairs during his final years. Correspondence from July 1914 has him actively involved in the conferring of ad eundem degrees upon visiting members of the British Association for the Advancement of Science. Over a year later, and despite the amputation of an arm in the hope of controlling his cancer, he was still approving the appointment of examiners for the Faculty of Law.

Way’s last correspondence with the University, regarding Senior Public Exams, was dated December 23, 1915. He died little more than a fortnight later, leaving a substantial legacy to the University in addition to his rich collection of books and other personal effects.

Perhaps Hannan expresses it best when he writes, “[p]robably Way’s greatest public services, outside his judicial duties, have been in the cause of education and to the University. He was given the great honour of having a statue erected to him – not in his lifetime, but shortly after his death – and it is fitting that that statue stand in the public gardens outside the University, to remind those who are associated with or interested in the University of the debt of gratitude they owe to him for his services in its inauguration and in promoting its vigorous growth.” He goes on to conclude that “[t]o South Australian’s he was in a real sense the University, and he was also the Supreme Court.”