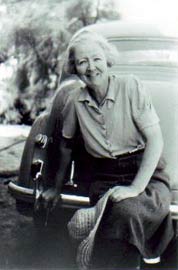 The Allan Wilkie - Frediswyde Hunter-Watts Theatre Collection comprises more than 6,000 books and journals and over 20,000 theatre programmes. It was bequeathed to the Barr Smith Library in 1976 by Miss Floy Angel Nan Symon and focuses principally on British and European theatre of the late 19th to mid-20th century. The collection features a delightful dance component, focusing on the Ballet Russes, including some outstanding illustrated editions, early treatises on dance, works of ballet critics and historians and a number of items on costume history and design. The collection is further supplemented by a diverse range of souvenirs, playbills and newspaper clippings and is continually augmented through subsequent donations.

The Theatre Collection takes its name from English actor-stage manager Allan Wilkie and his second wife, leading lady Frediswyde Hunter-Watts. Born in Lancashire in 1878 to James and Mary Kate McKinlay, Wilkie attended Liverpool High School before starting work in a merchant's office. His fascination, however, with the free and romantic life of a Shakespearean actor, soon took him to London where he trained in the touring companies of Ben Greet, Frank Benson and Beerbohm Tree. Spurred on by a lust for travel and a determination to play under his own name, he formed his own company which he took to India, British Malaya, Hong Kong, Japan and the Philippines. In 1914, Wilkie and Hunter-Watts made their way to Australia, where the latter had relatives. 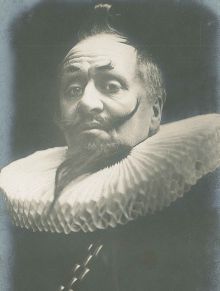 They found work with the touring companies of Nellie Stewart and J.C. Williamson and by 1916 Wilkie was appointed head of the George Marlow Grand Shakespearean Company. He had a free hand in the choice of plays and toured Australia and New Zealand, offering a mix of Shakespeare, eighteenth century comedy and melodrama at popular prices.

By 1920, Wilkie had established his own Allan Wilkie Shakespearean Company, claiming a world record for one thousand consecutive performances of Shakespeare just four years later. Although his ambition to produce all thirty seven Shakespeare plays was cut short by the Depression to just twenty seven, Wilkie had successfully entertained his audiences, making Shakespeare a living adventure for an entire generation of Australian theatregoers.

Angel Symon, one of five daughters, each independent and capable in her own right, was born in Adelaide in 1896. She was educated privately at Miss Schroeder's School at Mt Lofty and Miss Cussen's School at North Adelaide and later in England, at the Manor House at Brondesbury. On her return to Australia, she took a position with Allan Wilkie's company as secretary and publicity officer. She also enjoyed some walk-on roles in his productions from 1920 to 1923 and again in 1925 and 1926.

Angel developed strong connections with the English theatre world and travelled throughout Europe, visiting theatres, operas and concerts and attending lectures on costume design. She collected programs, books and ephemera and built up a substantial personal library. When she died in 1976, her theatre collection was bequeathed to the Barr Smith Library and named, at Angel's request, the Allan Wilkie - Frediswyde Hunter-Watts collection. A portion of the collection was retained by her sister, Mary Clark, who continued to add to it, especially in the area of ballet. Upon Mary's death in 1988, the remaining collection including books, programmes, souvenirs, posters, postcards, newspaper cuttings and Angel's personal correspondence, was transferred to the Barr Smith Library. This valuable collection, with its international scope, has been keep together as a reference collection and is available for viewing at Rare Books & Special Collections on Level 1 of the Barr Smith Library. 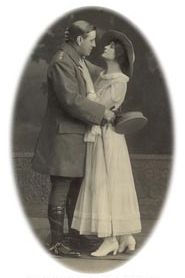 anuscript collections related to theatre and dance. These include:

The Theatre Collection, including over 20,000 individual theatre programmes dating back to 1858, and the associated manuscript collections are available for viewing in Rare Books & Manuscripts on Level 1 of the Barr Smith Library.