Posters on Theatre, Dance, Music and other performance, 1965-2001
collected by Dr Alan Brissenden

Folder 2: Other theatre and performance 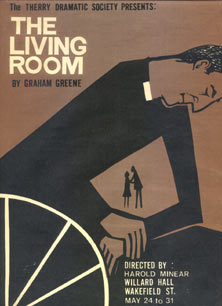 Posters and other printed sheets used in teaching Bibliography and printing history, including How a book is made poster, Caxton Quincentenary in Oxfordshire 1976, flyer for Early Imprints Project, South Australia, and sample page proofs.