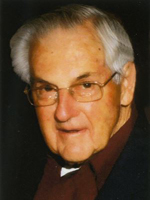 Leslie Hayward Darling obtained his B.Sc. (Hons.) at the University of Adelaide in 1947 and completed a M.Sc. in 1948.  He started as a Cadet in the Department of Chemistry on the 26 January 1942, was then appointed Junior Demonstrator on the 1 January 1946 and was made Demonstrator on the 1 February 1947.  He resigned from this position on the 31 December 1948 and commenced work the following year with the Imperial Chemical Industry of Australia and New Zealand Limited (I.C.I.A.N.Z.) at Deer Park, Victoria.  He gained further valuable factory production and development experience at their Yarraville site and, after another two years at the research laboratories at Deer Park, was made Superintendent of the Urea Formaldehyde plant.

In 1959, when PVC was in the early stages of production, Leslie was asked to join the development team at Botany, New South Wales.  By 1963 he was back in Melbourne, working on the technical side of PVC and five years later returned to Sydney as Superintendent of the Matraville PVC compounding plant.

During the 1920s the Darling family made substantial donations to the University in order to create new laboratory buildings at the Waite campus.  Today the Darling building on the University's North Terrace campus houses the School of Earth and Environmental Sciences, whilst the Darling West laboratories are primarily used by science and engineering students.

Series 2: Leaving Physics notes (0.5 cm)
35 typescript pages of “Leaving Physics” study notes with sheets of handwritten exercises in between, circa 1940. 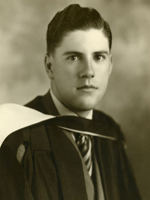 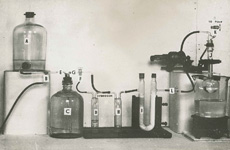