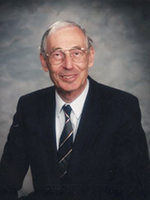 George Michael Tallis was born in Melbourne on 10 August 1931.  After private tutoring in his early years, he entered Geelong Grammar School at the age of 12 to complete his schooling.  He graduated from Longerenong Agricultural College in 1953 with a Diploma and a BSc in Agriculture, before going to the USA to study Human Genetics at Ohio State University, graduating with a MSc (1956) and PhD (1957).  On his return to Australia, he joined Helen Newton Turner’s group in the CSIRO Division of Animal Genetics transferring to the CSIRO Division of Mathematical Statistics in 1961.  He undertook further (part-time) study at the University of New South Wales, graduating with a MSc in Mathematics in 1963, and a PhD in Statistics in 1965.  In 1964, he took leave to visit the Department of Biostatistics, Johns Hopkins University, returning to CSIRO in 1967.  In 1970, he left his position as Principal Research Scientist to take up a position as Reader and subsequently Associate Professor at the University of Adelaide. After retiring in 1992, he continued as an Honorary Visiting Research Fellow until 2000.  In 1976, he was awarded a DSc by the University of New South Wales in recognition of his research in Applied Statistics, Mathematical Statistics and Computer Modelling of Biological Systems, and his ability to identify suitable problems for research. After 2000, he continued a very active research program, much of it with his wife Joan, with whom he documented the Tallis family history.  He authored or co-authored 96 peer-reviewed articles and wrote 5 books, most notably The Silent Showman, which recounted the story of Mike’s grandfather, Sir George Tallis, founder of the world’s largest entertainment organisation in the 1920s, and of the first 50 years of Australia’s theatre company, J. C. Williamson Ltd.

The following research papers were donated by Michael Tallis’ daughter, Lindy Tallis, in October 2017.  They are described below largely in the order in which they were received.

The below three books have been catalogued for the Rare Books Collection.

‘In search of the sun: The first one hundred years of the Tallis family in Australia’, Joan Tallis, Sue Knight and Michael Tallis, Lutheran Publishing House, South Australia, 1988

‘The professional life of George Tallis 1886-1948: Articles taken from Australian and international newspapers and periodicals’, compiled by Joan and Michael Tallis, layout and design by Grove Graphics, 2007

Portions of chapters or research papers, all undated: