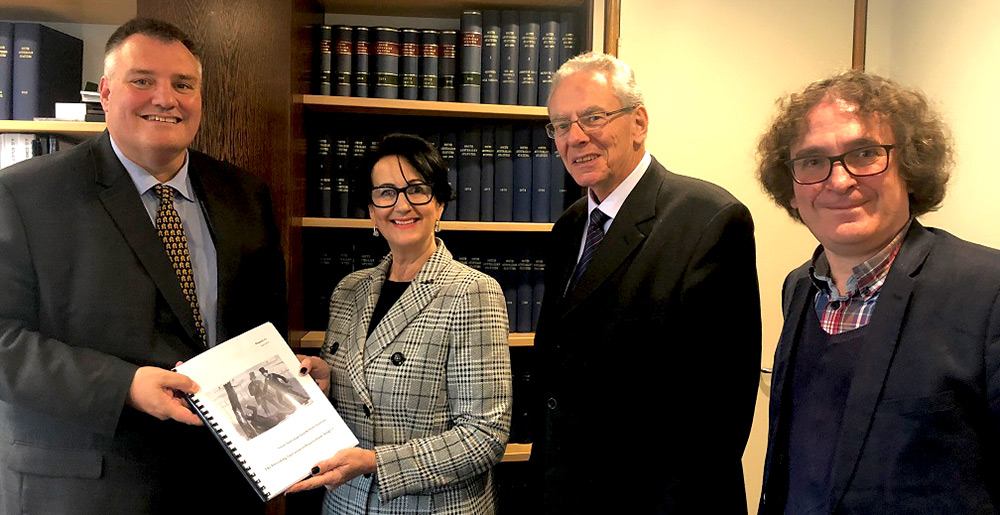 The use of provocation as an excuse in murder should have no place in SA criminal law, according to a report published by the South Australian Law Reform Institute.

In the second of two reports, the independent South Australian Law Reform Institute, based at the University of Adelaide Law School, is recommending that the State Government abolish provocation as a defence along with other changes to the law.

The current law in South Australia allows the partial defence of provocation to reduce murder to manslaughter if a victim is alleged to have "provoked" the defendant into losing control and killing. In situations in which the victim has allegedly made homosexual advances towards the defendant, and thus “provoked” the defendant, such a defence is referred to as the "gay panic defence". Provocation may also arise in other cases, for example cases of family violence, where those who have experienced violence or other abuse put an end to it by killing the perpetrator.

The report is the result of wide research and extensive consultation with the LGBTIQ community and others, and with the assistance of the legal profession and the Law Reform class at the University of Adelaide.

The report finds the current law in South Australia is overly complicated and substantial reform is needed. However, the Institute has found that any reform to the use of provocation as a defence in murder cases must be considered alongside reforms to sentencing and defences relating to family violence, as they are all closely related.

"No change should be made to the gay panic defence in isolation,” says the Director of the SA Law Reform Institute, the University of Adelaide's Professor John Williams.

“It allows unfair blaming of the deceased victim and as a basic issue, we believe that our laws in the 21st century should make it unacceptable for anyone to lose self-control and kill someone. Murder is still murder.

"Apart from the gay panic aspect, our consultation and research have left us in no doubt that the current law favours men over women and is especially unfair to women who have been subjected to family violence,” says Dr Plater.

Judges and lawyers also find the present law is overly complicated and hence the report drew on the extensive experience of the Hon. David Bleby, QC, retired Supreme Court Justice and member of the Institute’s Advisory Board, who took the lead on the sentencing aspects of the Report.

“If the partial defence of provocation is abolished then this must be done in tandem with the review of sentencing in murder cases, as the two are inextricably linked,” says Mr Bleby.

“At present in South Australia murder carries a mandatory sentence of life imprisonment and a mandatory non-parole period of 20 years, unlike in other states and territories.

“The present law in South Australia is very strict in scope. Greater flexibility in sentencing and fixing non-parole periods would give judges the option, when passing sentence, to depart in certain limited circumstances, from the mandatory life sentence and to fix a non-parole period which takes into consideration all the circumstances of the case and of the offender, for example where an offender has a mental illness or intellectual disability.

“If the penalty is seen as being clearly unjust and the person is unlikely to be a threat to the community when released from prison, then a sentence and non-parole period should reflect this,” says Mr Bleby.

“These changes will update and simplify the punishment for murder while offering greater flexibility in sentencing.

“We do not expect that the flood-gates will be opened to more lenient sentencing if our recommendations are adopted. In fact, in some cases of provoked homicide they may even increase.

“The proposed changes are carefully balanced, and we have provided several options for potential reform,” says Mr Bleby.

The Report was provided to the SA Government for its consideration. Any decision on accepting the recommendations is for the State Government and Parliament.

“The report has been made possible with the help of the SA community, who engaged thoughtfully and generously, providing stories of how these laws impact their lives and families.”