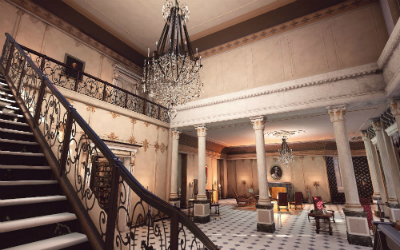 Researchers from the University of Adelaide working with software developers have created a unique educational game which shows players how emotions have changed throughout history.

Dr Carly Osborn from the University’s Australian Research Centre for Excellence for the History of Emotions approached Adelaide digital media studio Monkeystack to develop The Vault.

“Central to this research is the idea that emotions are not a fixed human experience. They are not the same for everyone in all times and places. Once, it was assumed that emotions were constant through history: that while the scenery changed, the people involved were always the same,” says Dr Osborn.

Now, historians are bringing to light the fact that emotions have been experienced in very different ways throughout history, and that emotions are actually a historical force: they shape the fate of people, communities, and nations. Our understanding and experience of emotions like envy, love, shame or happiness affect our decision-making, our politics, and our relationships.

“The Vault game immerses players in the history of emotions, from the affectionate friendship between the 19th century poets Shelley and Byron, which would be called a ‘bromance’ today, to the reflections by French aristocrat Madame D’Aulnoy about being given at the age of 15, by her father, in an arranged marriage to a Parisian Duke 30 years her senior,” says Dr Osborn.

A darkly humorous sci-fi story, The Vault was developed through a partnership with the University of Adelaide’s ARC Centre of Excellence for the History of Emotions, the Queen Mary University of London and digital media studio Monkeystack.

“Players begin their journey trapped in a surreal landscape of odd happenings and shifting imagery,” says Justin Wight, Director, Monkeystack.
“They are placed in situations designed to encourage introspection and debate around questions of emotion such as whether their own emotions can influence society as a whole.

“Different scenes immerse players in the experiences and emotions of those whose lives were very different from our own,” says Justin.
The Vault has won Best Indie and Best Console/PC Hardcore prizes in the Game Connection Europe 2018 Development Awards announced in Paris.

Currently in an 'alpha' state with core concepts and functionality in place, the game will be released widely to the gaming community when fully developed.

More information about The Vault, including video: www.thevaultgame.com