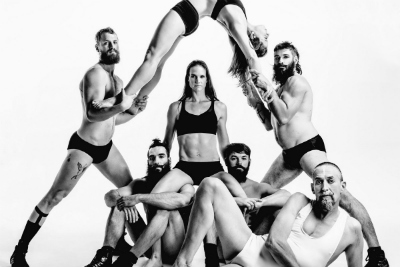 Some of the University of Adelaide’s most iconic spaces on its North Terrace campus have been transformed into the home of RCC Fringe 2019, with the event officially kicking off tonight.

The University's historic Bonython Hall and Elder Hall, as well as Scott Theatre, the Cloisters, Barr Smith Lawns, and the Maths Lawns, are among the many spaces on campus that will come alive during the evenings from 15 February to 17 March.

"There's always a level of excitement as we approach the start of the academic year, but there's no doubt that this year, with the start of RCC Fringe, our excitement has ramped up," says Professor Pascale Quester, Deputy Vice-Chancellor (Academic).

"RCC Fringe will be an opportunity for our campus to shine on the local and world stage, welcoming many people who otherwise would not visit our University.

"This event will showcase a University of Adelaide that is open minded and full of life," Professor Quester says.

Professor Quester says the response from staff and students to RCC Fringe has been overwhelmingly positive.

"More than 3600 members of our University community – including more than 1700 students and 1300 staff – have already signed up to an RCC Fringe exclusive membership program. As well as receiving a range of benefits, our community will be participating in a major event for the city of Adelaide, which brings with it both cultural and economic benefits for the State," she says.

"The University's involvement in RCC Fringe is the continuation of a long history in which we have fostered the arts in South Australia."

Internships and casual employment during the festival period also offer University of Adelaide students valuable first-hand experience of working in the arts.