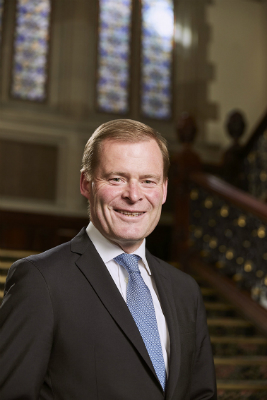 More than 30 members of the University of Adelaide community have today been awarded Queen’s Birthday honours, recognising outstanding contributions to their fields.

The honours have gone to University of Adelaide alumni, former staff and affiliates right across Australia and overseas.

Vice-Chancellor and President Professor Peter Rathjen, AO, is among the recipients announced today.

“I congratulate my fellow alumni, former staff, affiliates and friends of the University of Adelaide who have been recognised in this latest round of Queen’s Birthday honours,” Professor Rathjen said.

“Each of those named in Australia’s honours today continues to make an impact in their fields of endeavour, such as education, law, agriculture, and health, for the benefit of industry and our society.

“Their outstanding achievements are a credit to the entire University of Adelaide community, and are further evidence of our University’s longstanding history of excellence and leadership.”

The full list of all University of Adelaide Queen’s Birthday honours recipients is available on the University’s honours website.

Companion of the Order of Australia (AC)

Emeritus Professor John Mitchell Finnis, QC (Hon), FBA – for eminent service to the law, and to education, to legal theory and philosophical enquiry, and as a leading jurist, academic and author.

Throughout his career, Emeritus Professor Finnis has made major international contributions to the philosophy of law, political theory, constitutional law, and to higher education.

Officer of the Order of Australia (AO)

Professor Peter David Rathjen – for distinguished service to higher education through senior administrative roles, and as a scientist and medical researcher.

After completing a Bachelor of Science (Honours) at the University of Adelaide, Professor Rathjen was awarded the Rhodes Scholarship for South Australia in 1985 and studied for a Doctor of Philosophy in Biochemistry at Oxford. A pioneer in stem cell research, Professor Rathjen returned to Adelaide in 1990 to continue his research. He was appointed Professor of Biochemistry (1995–2002), Head of the Department of Molecular Biosciences (2000-2002), and Foundation Executive Dean of the Faculty of Sciences (2002-2006).

Ms Natasha Jessica Stott Despoja – for distinguished service to the global community as an advocate for gender equality, and through roles in a range of organisations.

A University of Adelaide Bachelor of Arts graduate (1991), Ms Stott Despoja served as a Senator for South Australia (1995-2008) and is a former Leader of the Australian Democrats. She is the founding Chair of the Board of Our Watch, a foundation to prevent violence against women and children, and was previously the Australian Ambassador for Women and Girls at the Department of Foreign Affairs and Trade (2013-2016).

At the University of Adelaide, Ms Stott Despoja provides a scholarship in her name to support financially disadvantaged female students studying for a Bachelor of Arts or Bachelor of Arts (Advanced).

Member of the Order of Australia (AM)

He has made major contributions to science and the wine industry through his research into grapevine reproductive biology, and the manipulation of wine quality by using vineyard management practices. Most notably, he is known as the co-developer of ‘partial rootzone drying’, to reduce water use but maximise outcomes for grapevine production.

Having today received the Officer of the Order of Australia (AO) for his service to higher education, to science and medical research, Professor Rathjen said:

“To be Vice-Chancellor of an internationally recognised, leading University in my home State is a privilege and a responsibility; a University that, at its core, is about creating meaningful futures for new generations of young people.

“My role here is about helping the University of Adelaide to become such an institution, and to play a pivotal role in this State, generating new economic, social, cultural and creative opportunities.

“I am truly humbled to receive this honour, and I hope to use it as further inspiration to shape the future of higher education for the benefit of all.”


Photo: Professor Peter Rathjen, AO, Vice-Chancellor and President of the University of Adelaide.