Papers on German settlement in South Australia, including material on German dialect and extent of German language spoken. Also records of German internment during World War I; the German Australian Centenary Committee and Carl Linger Fund 1935-1937, and the personal and research papers of Dr A.J. Schulz covering his career at Adelaide Teacher Training College and writings on philosophy and education. Materials include photographs, correspondence, diaries, responses to questionnaires, and drafts of writings by Schulz, Dr Derek Van Abbe and Professor Louis Triebel. 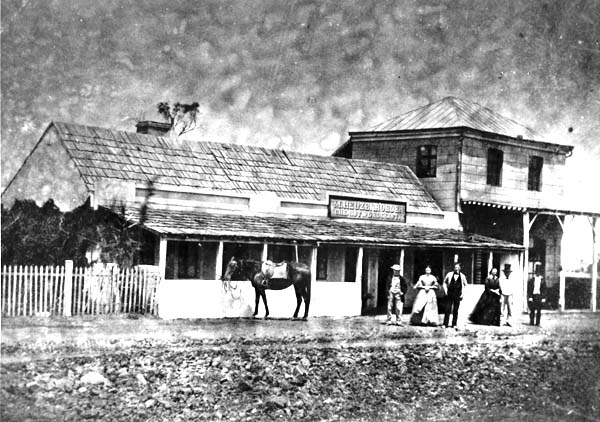 Many of these papers were apparently collected from members of the German community in South Australia by Dr A.J. Schulz of the Dept of Education of the University of Adelaide towards the aim of writing of a history of German settlement in SA associated with the SA Centenary celebrations in 1936. The book was never published.

The papers were subsequently transferred to the office of Dr Derek Van Abbe who collected additional material towards his own research on the history of German settlement. Dr Van Abbe resigned as Reader in the Dept. of German in 1961 when he was not appointed to the Chair. The Barr Smith Library purchased books from Dr Van Abbe, but the papers remained in the German Dept. for some time before transfer to the Library in 1979.

The papers also include additional material compiled by Henk Siliakus of the Dept of German, and Professor Louis Triebel of the University of Tasmania who was engaged in 1958-1959 under a University Research grant to write material on Germans in the Barossa Valley, completing his research in approximately August 1962.

Further papers of Heinrich Krawinkel, Chairman of the German-Australian Historical Society, were deposited in the Library in 1980 by Mr J. Landherr, who assumed possession in his role as executive of the association. 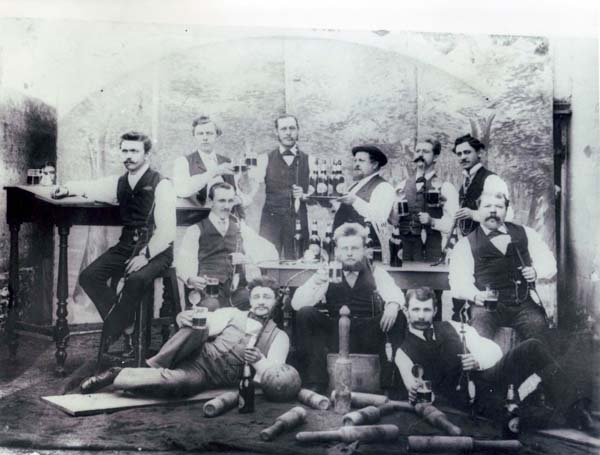 A brief contents listing of the collection was compiled by Ian Harmstorf, then of the Dept. of History, SA College of Advanced Education, in the 1970s(?). The original list provided an item-by-item listing of the papers as arranged without attempting any context or chronology. Subjects were often split and/or duplicated across boxes and folders.

This expanded listing has been compiled by Lee Kersten and Cheryl Hoskin 2008-2010. The papers original box and folder designations have been retained, but summary descriptions added for each folder and references added between related files.

Transfer of ownership of much of the material is uncertain, and it will now be difficult to trace copyright owners. Photocopies may be allowed upon the acceptance of conditions on use of the material.

BOX A Folder A
Mainly responses to Schulz’ 1936 questionnaire to ‘gather information for a short history of what German immigrants and their descendants have accomplished’. Many notes are in Schulz’ handwriting, often on the back of student assignments. Also notes in Schulz’ shorthand (Pitman’s German). Includes articles in South Australian and Australian German newspapers and other publications.

BOX A Folder B
Notes on German language in South Australia, compiled by Dr Louis A. Triebel who was engaged in 1958-1959 by the University of Adelaide under a University Research grant to write material on Germans in the Barossa Valley.

BOX A Folder C
Cuttings and notes from source materials, principally from German language newspapers, compiled by Schulz for his history of German people in South Australia. Many notes in shorthand.

BOX A Folder D
Source materials, mostly on German internees in Australia during WWI compiled by Derek Van Abbe(?). Includes programmes and other materials from the Liverpool Concentration [Internment] Camp given by the Schneider family to Derek Van Abbe. Includes correspondence re the internment of Theodore Schneider. Some of the material in this folder was removed and catalogued in MSS 0263 Material relating to German internment in Australia during World War I, 1914 – 1919.

BOX B Folder A
Records, mainly financial, of the German Australian Centenary Committee and Carl Linger Fund 1935-1937. Collected by treasurer, Dr A.J. Schulz of the University of Adelaide.

BOX B Folder B
Ms notes and draft chapters in German and English by A.J. Schulz, and source material collected by Schulz for a proposed history of the German settlers in South Australia as part of the SA Centenary celebrations (never published).

BOX B Folder C
Personal and research papers of Dr A.J. Schulz covering his career at Adelaide Teacher Training College and writings on philosophy and education. Many in Schulz’ shorthand.

BOX B Folder D
Book draft: ‘Manuscript of Schulz Philosophy’. Comprises notes on philosophy by Dr A.J. Schulz in ms and shorthand, in German and/or English, towards his Studies in Philosophy (published Adelaide: Griffin Press, 19--.). Includes a typescript draft of his manuscript for ‘Studies in Philosophy’ last dated 1/3/1955 (item 34). Also part chapters and notes in English and German, many written on reverse of student papers.

BOX C Folder A
Correspondence, notes and source materials of Derek Van Abbe compiled in the 1950s for a study of early German settlement in South Australia. Includes a copy of his newspaper article (item 20)

BOX C Folder B
Source materials collected by and ms notes by Schulz for his projected history of German people in South Australia. Many of the notes are in shorthand and written on the reverse of student essays and assignments by Elfriede Muetzelfeldt and others

BOX C Folder C
‘Manuscript of Schulz history’ – drafts of and notes for Schulz’ history of Germans in SA, many concerning first settlement. Much of the material in German or shorthand some additional material of Van Abbe and Douglas Pike.

BOX C Folder D
Source materials compiled by and correspondence received by Dr Derek Van Abbe, many in response to appeals for information in newspapers (including the ‘Vox column’ in The Advertiser) and article on ‘The Germans in SA’ in The Australian Quarterly (Sept 1957) Also notes re sources by Louis Triebel.

Box D contains materials collected mainly by Derek Van Abbe and Louis Triebel up to ca. 1961 for their work on German settlers and newspapers in SA. Includes some material collected by Henk Siliakus

BOX D Folder A
Typescript articles on the history of Germans in South Australia by Charles A. Price, Derek Van Abbe and an unidentified author.

BOX D Folder D-F
Typescript drafts by Louis Triebel for his proposed work on The early South-Australian German colonists with special reference to the Barossa Valley and the Adelaide Hills on:

BOX F Folder B
‘Industry’
Schulz’ notes for his history (many in shorthand) and draft sections/chapters for Schulz’ history. Includes notes on the wine industry, agriculture, mining, businesses, medical practitioners and Freemasons. Also draft sections on The Germans and Education, with lists of German teachers and schools

BOX G Folder A
Carl Linger
Papers of Heinrich Krawinkel, Chairman of the German-Australian Historical Society, on Carl Linger and the Carl Linger Memorial erected 17 June 1936. These papers were presented to the Library by Mr J. Landherr in 1980.

BOX G Folder C
Miscellaneous papers of Heinrich Krahwinkel, Chairman of the German-Australian Historical Society, on Lutheran and German local history. Mainly consists of printed booklets, particularly local centenary celebrations, printed copies of Acts, articles etc. Also correspondence between Krahwinkel and the Carstensen family of East Prussia, and the Bishop of Osnabrück; and transcript of a 1940 hearing re Krahwinkel objecting to being identified as a Nazi